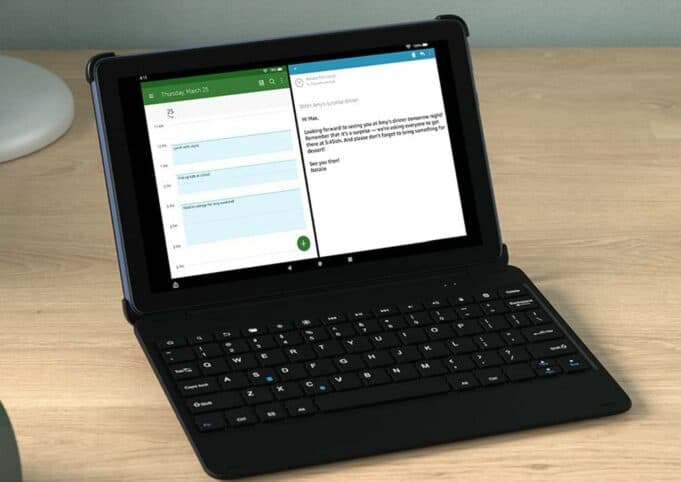 Chalk one up for Amazon — they always seem to find a creative way to promote what would otherwise be ordinary tech products.

This time: the boring old tablet. We know them. We love them. But they don’t exactly set the world on fire like the day when Apple first launched the iPad back in 2010, forever changing our lives.

With its refreshed Fire HD tablets, Amazon is doing all it can to make the offer appetizing.

But this time around Amazon is really doubling down on bundles. To increase the value proposition of what amounts to a portable screen, the marketing team is emphasizing things that make work-from-home life a tad bit better. That’s a smart decision given the new hybrid working models and associated policies that company’s are starting to roll out to for its employees. Amazon is seizing on that opportunity, or at least making its best effort.

For instance the Fire HD 10 Productivity Bundle — a new offering for 2021 — includes a 12-month subscription to Microsoft 365 Personal subscription. That’s pretty good value. Purchase that alone and you’ll pay $69.99/year. Given the Fire HD 10 is $219.99 that means you’re in essence only paying about $150 for the tablet. Considering the bundle also includes a Bluetooth keyboard and you can see Amazon is attacking the market hard on the value proposition front.

In addition to the Productivity Bundle, Amazon is offering standalone updates of its core tablet lineup as follows:

Note that all the above prices are USD and are entry-level “Ad-Supported” models. If you want to remove those you’ll need to pay $15 extra.

Since the Fire tablets are based on Google’s Android operating system you can install pretty much any app you need including Hulu, Netflix, Disney+, Zoom, Kindle, Spotify, TikTok, and thousands of others via the Amazon Appstore.

And because this is an Amazon device, it comes pre-loaded with its own apps such as Amazon Music, Amazon Photos, among others.

For adults, I’d recommend looking at least the Fire HD 8 or Fire HD 10 models as those include Dolby Atmos for improved sound quality, in addition to “Show Mode” which is described as a full screen Alexa experience — essentially turning your tablet into an Amazon Echo smart display. Try it as a photo frame around the home when you’re not using it and you can really spice up some bland spaces with fun memories (i.e. the days when we could travel). 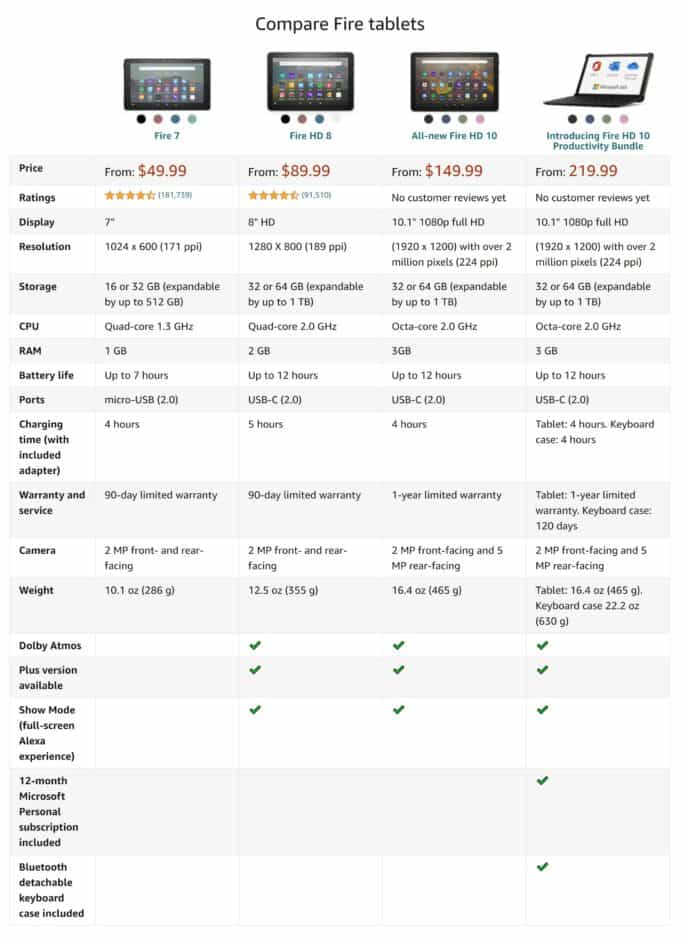 In any case this is a solid update from Amazon. Those who can’t stomach the premium prices that Apple charges for the iPad have an excellent alternative here. The value proposition is undeniable. And you get all the functionality you’d expect from a modern day tablet. I’m scoring this one a B+.

Amazon Fire tablets are available for pre-order now, with shipments beginning in May 2021.