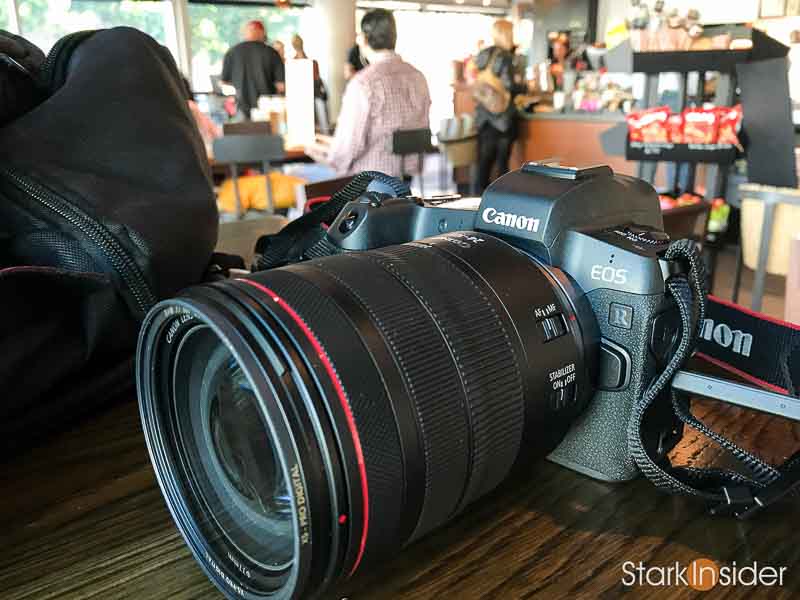 Canon is reportedly ready to release seven (!) EOS RF lens mount cameras in 2021. If that comes to pass consider that achievement impressive (most impressive).

Among the new models insiders say to expect a high-resolution 96MP model, essentially an up-leveled version of the new Canon EOS R5, and a likely competitor for other mega-pixel count cameras on the market including the well-reviewed Sony Alpha a7 IV (61MP).

If true, this new 96MP R5 would take the number two spot on the highest resolution mirrorless camera ranking list — just below the 102MP medium format Fujifilm GFX 100. The Fujifilm costs a cool $10K USD so it will be interesting to see where Canon prices this new version. Given that the R5 currently sells for $3,899 USD, if you’re lucky enough to (a) have a large budget and (b) can find it in stock, then we’d realistically expect it to slot in somewhere between the R5 and GFX 100. A guess on the price? I’d go with $4,999.

The 96MP R5+ should be appealing for those that need as many pixels as possible to capture detail. Landscape and wildlife photographers would be likely prospects. As would architectural shooters and those who need to blow up images and artwork for large posters and other printouts. Image quality in these situations is obviously paramount.

In any case given how popular the new RF mount and R-series cameras have been so far (EOS R, RP, R5 full frame mirrorless cameras) it wouldn’t be surprising if Canon quickly takes the mirrorless crown.

Although we can expect 4K video (maybe even 8K as found on the R5) I’d expect a R5+ not to be ideal for video shooters. Such is the case too with the high resolution Sony Alpha a7 IV. High end photographers tend to gravitate towards mirrorless models featuring high pixel counts as it affords them lots of creative latitude during post production in editing apps. 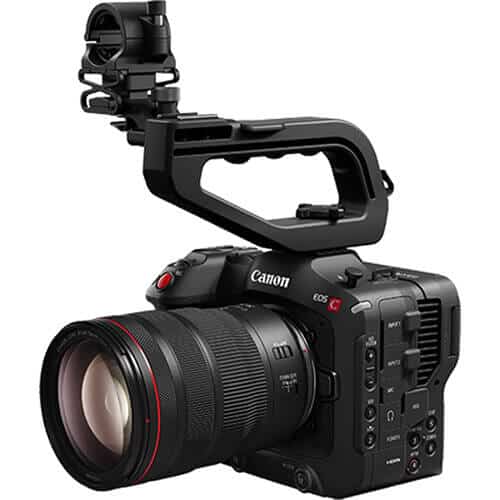 According to Canon Rumors, other cameras featured in the Canon 2021 roadmap include:

Phew. Holy cow. Keep in mind this is conjecture, but more often than not these rumor sites have been consistently accurate, especially, for some reason, when it comes to Canon.

Then again my cynical side might suggest this slow “leak” drama with repeating cycles of feature and model hints and leaks is in reality a neo 21st century marketing strategy.

A quick recap of new RF-based full-frame mirrorless interchangeable-lens cameras made by Canon.

Regardless, if Canon successfully pulls off this barrage I think it would once and for all put to rest the assertation that the company has no interest in the mirrorless camera market. And also we could say that the (relatively) new RF mount is here to stay and is off to a strong start.

But… the smartphone and rise of computational computing…

Meanwhile we’ve been writing about the advent of the smartphone camera for the last few years now, and, yet, camera companies continue to flood the market with all sorts of new models at all sorts of price points.

As we’ve seen with the latest iPhone 12 announcement and presentation computational photography — that is, software-based processing and machine learning — pose the biggest threat to the likes of Canon, Nikon, Sony and Panasonic. And it’s an area where traditional camera manufacturers need to improve. Software is clearly not their forte.

On the other hand Silicon Valley-based tech giants like Apple, Google and others have deep troves of knowledge when it comes to using AI and other technology to dramatically alter products and markets, along with consumers’ expectations of how things like ease-of-use and user experience are now essential must-haves.

One example of this disconnect: camera user interfaces.

Most are just… terrible.

By today’s smartphone standards these UIs, which are now typically accessed on an interchangeable lens camera via a touch-based LCD screen on the back, look like something out of the 1990s. Just endless lists of menus, and daunting icons and often cryptic descriptions as a decidedly uninvited bonus. Forget about typography, whitespace and elegant layouts. Hint: look to Blackmagic Design for superb work in that regard. Obviously there’s room for improvement here.

Whether it’s the Canon EOS R5 or Sony Alpha a7 S III or Panasonic Lumix S5 — all new models for 2020 — the user interfaces are just not up to par. This is where these companies could benefit from smartphone-like or app-centric thinking.

Unfortunately for them this is a new design philosophy. Ages of camera tradition hangs in the balance. But unless Japan embraces computational computing and principles of modern-day interface design these new cameras, great as they are likely to be, will reach fewer and fewer people in the coming years.

However the camera market plays out in the coming years there’s no denying Canon has stepped up to the plate in a big way.