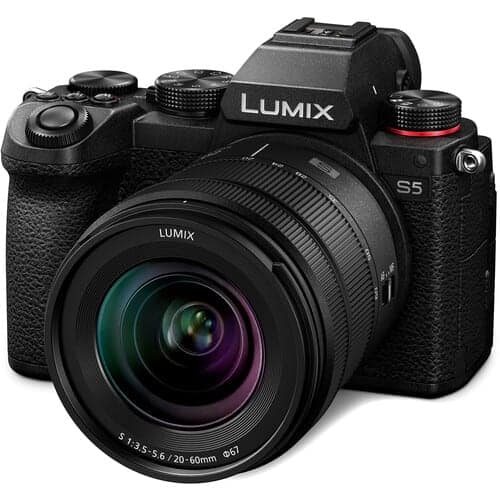 Panasonic recently took the wraps off its latest full-frame body, the S5. The entry model ($1,998 USD) joins its pricier siblings, the Lumix S1/S1H/S1R, but in my estimation appears to punch above its class. Given its impressive specs (see below) at this price point it appears that Panasonic is less concerned about cannibalization than its main competitors Canon and Sony.

I’ve long been a fan of the GH5 ever since it launched in 2017. For a MFT-based mirrorless body it’s a knockout, at least for video shooters. Everything is there that you could want: dual SD, long battery life, IBIS (exceptional), 4:2:2 color, high frame rates without compromise (well, except when you go up to 180fps), filmmaking tools such as waveform monitor, focus peaking, and zebras, anamorphic support V-Log (paid upgrade) and so much more. Panasonic packed so much into the GH5 — far ahead of the competition — that it’s hard to wonder what on earth it could offer in a sequel GH6. What more?

Which brings us to the S5. Launching this month this model looks to be, at least specs-wise, essentially a full-frame sensor version of the GH5. In my books that’s a very good thing.

(Okay video, but the Jeremy Clarkson schtick is mostly unbearable and then there’s that YouTuber obsession with AF…)

I was so smitten by the early look at the S5 that I cancelled my Canon EOS R5 order ($3,899!). My goal is truly hybrid. I’d like a camera that can shoot highres stills of Loni Stark’s artwork — these need to be detailed and sharp so when needed we can blow up prints. But I also like the idea of course of using it to shoot video. The GH5 only has a 20MP sensor and, so as much as it’s great for 4K video it lacks in the photography department. On the other hand the S5 has a 24MP and full-frame sensor that promises to let in more light (meaning you can stop down the lens for increased sharpness) and, most importantly, a 96MP “High-Res Shot” mode — something not found on the competition including the Canon EOS R5, Nikon Z6 and Sony a7 III. If it works as well as we’re all hoping this could make the S5 a heavy hitter for people looking for a capable hybrid. That it comes in a smaller body than the S1/S1H/S1R and features dual native ISO is icing on the cake. 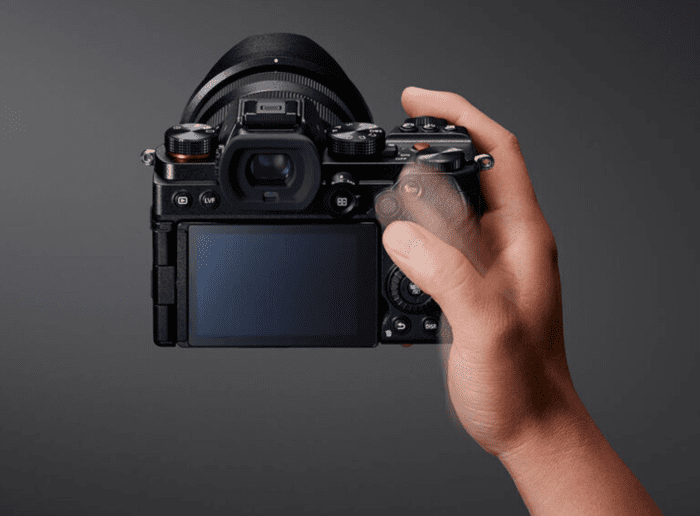 As a long-time GH5 video shooter sticking with Panasonic is an easy choice. I’ve never once had any sort of issue with the GH5, including any sort of overheating. If the S5 performs as well as I’m hoping it will replace my GH5 as my compact shooting rig of choice — while still mostly using the RED Dragon for studio work.

But here’s an interesting thing, especially for shoppers comparing the GH5 to the S5.

If you plan to get a GH5 or S5 with a kit lens the math changes.

A $300 difference. However, that’s not apples to apples. The S5 comes bundled with V-Log installed. If you want that feature on the GH5 (and you do!) then you need to add $100 more.

After adding the V-Log option to the GH5 you’ll need to spend $2,100 out of pocket (plus taxes of course where applicable). Now the difference between the GH5 and S5 comes down to only $200.

All this to say if you’re cross shopping the GH5 alongside with S5 the decision is a tricky one if you’re planning to buy it with a kit lens. I love the GH5, but given that it’s now three years old, and the S5 is brand new and likely has faster processing and a better EVF among so many things including a slicker angular design — and that full-frame sensor — it’s hard not to recommend spending the extra $200 and springing for the S5. Also, given Panasonic is investing heavily in the L-mount (e.g. S1/S1H/S1R) I feel that’s where the future is headed.

One caveat with my table cloth math regarding the kit comparison is that the lenses are not identical of course. On the GH5 the kit lens included is a MFT-mount 12-60mm f/2.8-4. While the L-mount one included with the S5 is rated f/3.5-5.6. On paper at least the S5 kit lens doesn’t let in as much light. That might not be a big deal as the S5 has a larger sensor anyways. So I call this a wash. Although neither is likely to be a spectacular filmmaking lens for achieving your cinematic vision (inexpensive Rokinon primes are a pretty good place to start) it’s nice to have a flexible L-mount zoom out-of-the-box ready to go when you get your new S5.

And another obvious point: this is based on S5 specs, not real-world performance. I’ve yet to test the S5. Still, everything I’m seeing so far across the web is painting a promising picture. And based on years of work with the rock solid GH5 I’m pretty confident Panasonic will deliver the goods.

I’m all-in on the S5. Yes, I prefer it over the Sony a7 III and upcoming a7S III, any of the new RF-based Canons including the R5 and also the Blackmagic Pocket cameras. To me Panasonic leads with the overall package for hybrid shooters that want rugged build, reliable operation, and plenty of video capability. Bonus: Panasonic invests aggressively in new camera features with a steady stream of firmware updates.

Soon enough I’ll find out if the S5 can replace the GH5 as a video-centric camera package. If the S5 manages to eek out even something close to Varicam or EVA image quality, well that would likely seal the deal.