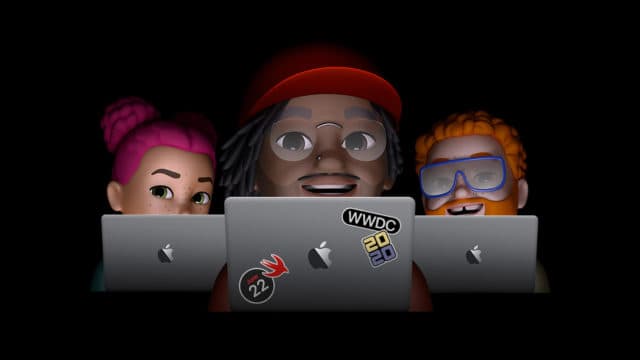 Not much of a surprise to learn today that Apple will host its annual WWDC (Wordwide Developer Conference) virtually. For 2020 moving from the physical to the virtual world is part of the new normal we’re quickly experiencing.

WWDC will start June 22. There will be two places you can go to participate:

Hard to believe this conference is in its 31st year. And as always it will give tech bloggers and reporters early glimpses into what’s to come from Apple for the rest of the year. Developers get early access to OS builds and can delve into new features and plan new apps and product integrations. Expect lots of interesting news around the most important pillars of Apple’s ecosystem including iOS, the new iPadOS, macOS, tvOS, and — my favorite — watchOS.

“WWDC20 will be our biggest yet, bringing together our global developer community of more than 23 million in an unprecedented way for a week in June to learn about the future of Apple platforms,” said Phil Schiller, Apple’s senior vice president of Worldwide Marketing. “We can’t wait to meet online in June with the global developer community and share with them all of the new tools we’ve been working on to help them create even more incredible apps and services. We look forward to sharing more details about WWDC20 with everyone as we get closer to this exciting event.”

Key milestones of note. The Macintosh was announced in 1984. The iPhone in 2007, followed shortly thereafter by the App Store in 2008.

Interesting, by comparison Google completely canceled its annual developer conference I/O, saying that “we sadly we will not be holding I/O in any capacity this year.” Google noted concern for the health and safety and of its communities and that the decision was in line with the Bay Area’s shelter-in-place order due to coronavirus COVID-19. Odd though, I think, that Google did not decide to engage via livestreams or some sort of virtual conference as Apple is doing.

In any case, do mark your calendars for June 22 and Apple’s first-ever virtual edition of WWDC.