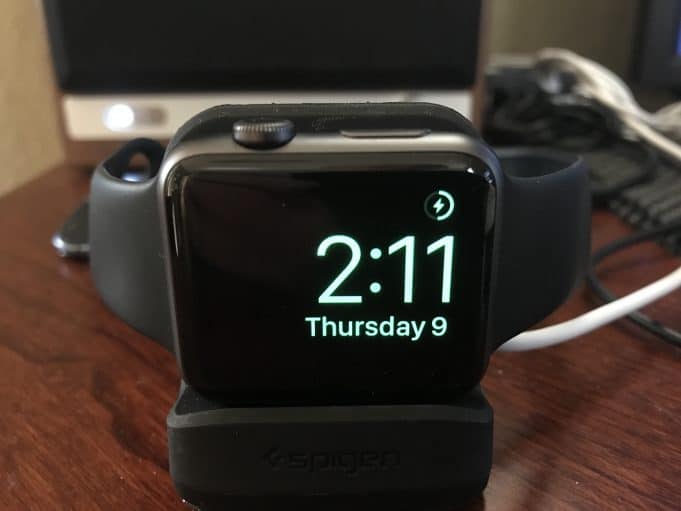 Apple has been leading wearables ever since the launch of the Apple Watch almost five years ago in 2015.

Now in its 5th iteration, the smartwatch has helped bring an easy-to-use and useful experience to the masses — something which earlier makers of fitness and smartwatch devices struggled to do.

IDC reports that Apple’s lead is only growing. Data through March 2020 shows Apple still in first place in the market for wearable device trackers (a morphing and blurring category which includes smartwatches) with 31.7% share last year. That’s up 4.7% y/y — representing, according to IDC, 121.7% year-over-year growth.

Huawei and Fitbit round out the top five with 8.3% and 4.7% market share respectively.

“2019 marked a strong step forward for the worldwide wearables market,” said Ramon T. Llamas, research director for IDC’s Wearables Team. “Hearables were the big story due to new product introductions and more smartphones cutting the cord with traditional earphones, practically driving users to purchase a hearable. Not to be overshadowed were smartwatches and fitness trackers, which both posted record annual volumes from an abundance of lower-cost models.”

Safe to say, wearables are here to stay. When they first hit the market, some though it to be a mere party trick. Having a fancy bit of kit on our wrists seemed very Dick Tracy, but was it something most of us wanted in our everyday lives?

Turns out, yes. Yes, people are buying wearables, most notably the Apple Watch, in sizable numbers.

I believe a lot of that traction comes from the emphasis on health tracking and fitness.

Fitbit was an early player targeting the active buyer. Last year Google (smartly) bought Fitbit in an effort to make a push into wearables after its agonizingly painful failure with its own platform, Wear OS — software and hardware that only nerds could love. Under Google’s umbrella I expect Fitbit to grow further. There’s tremendous opportunity here for Google Assistant and integration into the broader Android ecosystem.

Apple initially positioned its Watch predominantly as a fashion accessory. It had style, was highly personalized (custom straps for example), and came with a premium price to match (par for the course for Apple). In recent years that strategy seems to have shifted. Now, the Apple Watch can trigger alerts when someone falls dangerously or gets in a car accident. It can monitor our heart rates, track workouts and fitness levels, and in an emergency enable us to quickly trigger an SOS.

Living here in Silicon Valley the Apple Watch has some smaller features I appreciate as well. One of those is the complication that measures air quality. It’s not something I would’ve thought useful when I first moved here from Canada in the late 90’s. Now, however, we all know that things are very different. So a quick glance to my Apple Watch during wild fire season can tell me if smoke on any given day is polluting the air in and around the San Francisco Bay Area.

Other watches and trackers offer similar features. But as is the case with most anything designed by Apple there’s elegance in the overall user experience. Emphasis is on making something that helps us everyday, not on engineering a technical marvel that can be fun to showoff at parties (this was Google’s downfall when it was so excited to announce the most ridiculous, tiny keyboard on Android Wear watches.. stoking some mysterious unknown need for something that would irritate anyone who tried to type out a sentence on their wrist).

Finally, I believe Apple will hold the line on prices. There’s no reason, yet, to move downmarket. It’s still early and there’s lots of margin to soak up. Let the discount players like Fitbit and the Chinese knockoffs compete in that space. Apple knows it can command a premium because it has the apps, the functionality and user experience. R&D got it there. So reap the rewards while the profits are there.