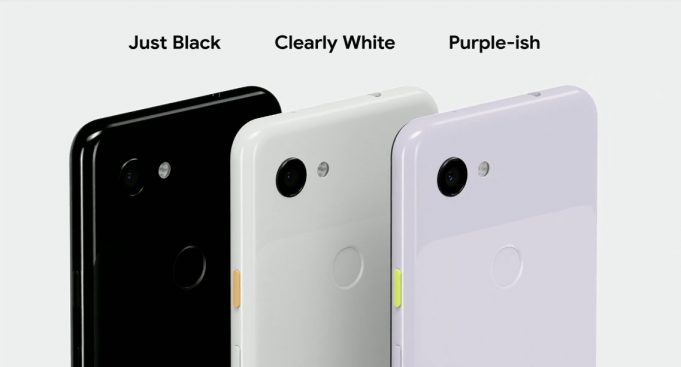 This is not an entry level phone. A budget phone. A mid-range phone. Or just a plain old discounted phone.

Not a heavy flagship or a light flagship, but in 2019 make that, I repeat, a lite flagship.

This is new marketing speak we’re seen in recent weeks to describe new phones coming out from Google (I/O conference) and Apple and Samsung to describe new models that aren’t priced at the top of the food chain, i.e. far less than the $1,000 (USD) price point we’ve increasingly become familiar with (same general range as the new and excellent MacBook Air laptop which tells you something about how much we value our phones these days).

Last year, Apple released a stripped down model, the XR starting at $749.

And also offering models for those not as interested in spending over a grand on a phone is Samsung and it’s discount S10e range.

I must say, regardless what you call them, I can certainly appreciate these lower priced choices. After all, I’m still running a years old iPhone 7 Plus and seem to be getting through life fairy well. I just don’t see much of a need to upgrade these days. I can check email, browse the web, scan social media apps, text friends and family, and look up places on Yelp and Google Maps. It all just works fine.

But I do enjoy with amusement the idea of the term itself — “lite flagship”.

Seems like a bit of an oxymoron to me. After all the flagship of anything — a car, or fridge, or a phone — is the absolute pinnacle that a company has to offer. It is the most fully specced and most complete offering.

Adding the lite prefix means it’s something less than the flagship. Therefore, by definition, not flagship.

Still, maybe I’m being picky. Tech marketers know their buyers don’t want to be known as cheapskates; us shoppers sneaking into the budget section of the Apple store or Best Buy. Or, in my case, checking out Amazon Warehouse for used or refurbished deals (they often look new to me anyways!). So, yes, don’t call it budget or discount. Call it lite flagship. Hey, bro, check out my new flagship. Ugh, that’s a budget phone dude. No, I mean check out my new lite flagship. Cool story, heh.

It’s as if you walk into a Lexus dealer lusting after the gorgeous flagship LC 500 luxury coupe, and, later that morning, you instead take delivery of a brand new shiny lite flagship Toyota Yaris. There’s just a slight emotional disconnect. Then again, you didn’t break the bank.

Naming aside, I think these new phones represent a harsh reality for the likes of Google, Samsung and, Apple. That is, the market has hit peak smartphone fatigue. I’m guessing there’s a lot of people out there like me, running older models, without an upgrade itch. Lowering prices is, of course, a good way to possibly tempt someone on the fence. Given the sales reports coming out in recent weeks and months it would seem things in the $1,000-ish range are slowing. Something has to give to meet quarterly projections.

I’m all for choice and value plays. Lite flagship? Okay, I’m not sure that I’m in with the cool speak, but my wallet thanks you.