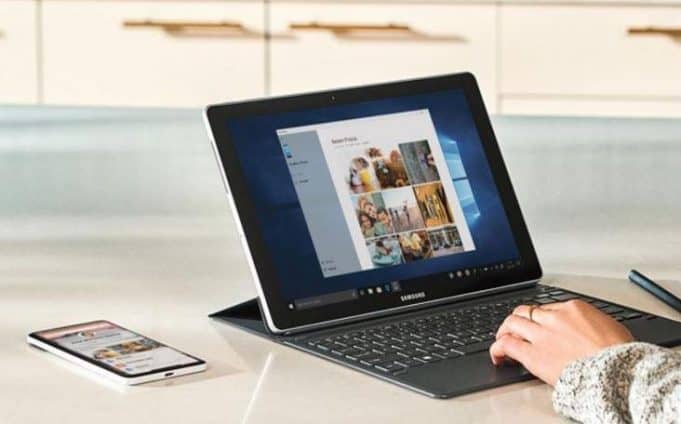 If all goes to plan and the beta plays out without any major issues, it looks like we’ll soon be able to run Android on on our Windows desktop.

Well, sort of. Microsoft has rolled out a screen mirroring app for Windows 10 (build 1803 or newer). Per The Verge it will enable you to tap to access Android apps and have them “appear in the remote session of your phone that’s mirrored to your PC.”

Communication between your Android phone and Windows desktop happens via Bluetooth which will be required for the mirroring to work. Unsurprisingly the Surface Go — Microsoft’s nifty little entry-level tablet/laptop — is the first Surface device to support the new app.

Currently the Android mirroring app for Windows 10 is in beta. And, keep in mind that Microsoft is apparently limiting the number of supported phones that will work so keep that in mind if you’re interested in giving it a go.

Given that Microsoft threw in the towel with its Windows mobile operating system and phones, this is an interesting way to bridge the divide to mobile users.

Is this sort of mirroring functionality necessary?

Maybe not. After all, our phones are almost always right there, in front of us, sitting on a desk or dining room or family room table, so it doesn’t seem that a whole lot of value to be gained here by having the phone’s screen also on our desktop. Still, I suspect this could come in handy. Why not have all your communications right there on one (large) screen?

Per Microsoft, “currently the feature is only available on the following select Android phones running Android 7.0 or greater:”

Plus, as Microsoft previously demonstrated, mirroring provides a convenient way to drag and drop photos (and other content) from your phone directly into desktop apps — for instance, pasting a photo from your phone into a PowerPoint presentation.

The idea of merging phones and desktops also reminds me of Apple.

Some day I believe the inevitable will happen — that Apple will merge its iOS and Mac OS operating systems. Why not? Phone processors are fast enough. There’s enough low cost memory to make it happen. So if this is the eventual case (even if it’s several years down the road) my guess is Microsoft (and Google) will need to pay close attention and have their respective plans in place for this new world where the desktop is the mobile and the mobile is the desktop. Essentially computing worlds could be on a collision course… in a good way.