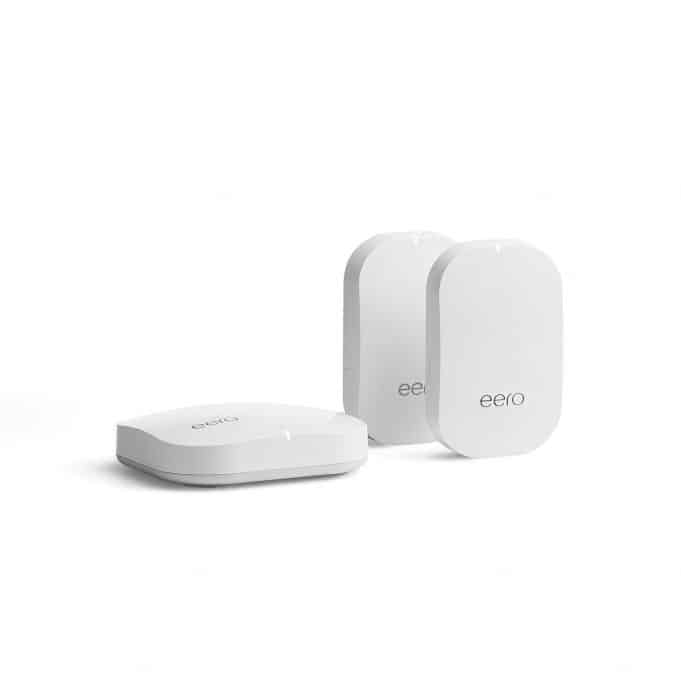 Eero indicates its data collection policy will remain the same, but with a new owner perhaps anything is possible.

In what was a surprise move eero, a mesh network company, was acquired by Amazon yesterday. Much like the Ring video doorbell eero will give Team Bezos further reach into the smart home, and, hence, our lives. As we’re apt to call it here in Silicon Valley: doubling down. (insert sarcastic emoji here)

From the Amazon PR room:

“We are incredibly impressed with the eero team and how quickly they invented a WiFi solution that makes connected devices just work,” said Dave Limp, SVP of Amazon Devices and Services. “We have a shared vision that the smart home experience can get even easier, and we’re committed to continue innovating on behalf of customers.”

Mesh networking is an increasingly popular of deploying WiFi that provides improved coverage by combining multiple access points or routers to create a seamless network. Devices automatically switch to the strongest node located in the home without any user knowledge or action needed. Ultimately in practice mesh technology makes for more reliable network speeds and connection strength.

When I was recently shopping for a mesh network for our home, I quickly short listed the usual suspects: Google WiFi and Netgear Orbi. I ultimately opted for the latter thanks to a holiday sale on… Amazon. Both are well rated systems and I’m sure Google would perform just as well as our Orbi has been (no more dead spots).

However, I never considered eero at the time. I was intrigued as the reviews were strong. But, eero? This was a small start-up. And, well, start-ups come and go. Being based here in Silicon Valley I know the refrain all too well. So I wasn’t about to spend the money and time to install something that might not be supported in a year or so.

Now that Amazon has acquired eero the issue of viability pretty much completely disappears. This is, after all, AMAZON. It’s not going anywhere. And I can already envision the bundles:

If I were in the market today for a mesh network I would definitely short-list the eero. Concerns about privacy? Certainly. That’s partially why I shied away from a Google solution as much as I like Android in particular and Google products and web services in general. Amazon already accumulates vast amounts of data from its Echo line of smart speakers. How much it collects and what it does with it is, I’d venture, mostly unknown. We’ve learned over the past few years, it takes a massive data breach for cringe worthy data policies and protection schemes to come to light. Let’s hope that’s not the case here, and the team at Amazon does the right thing with its new little mesh baby.