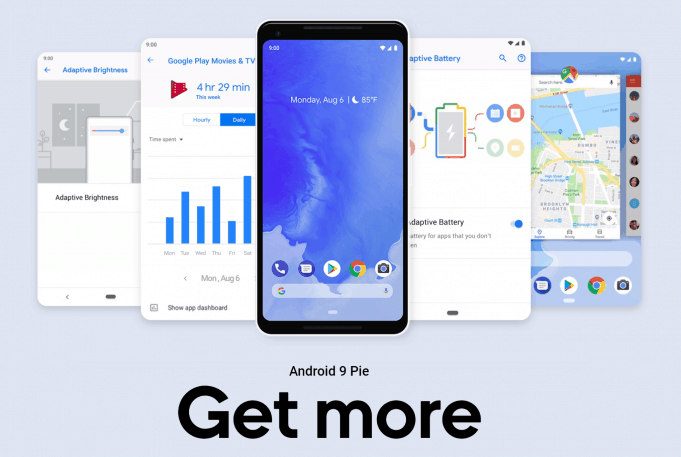 A new Android OS is here. In line with Google’s playful dessert naming convention which is now on “P” the new version is dubbed Pie — coming on the heels of the well-received Oreo. (Side note: “Q” is going to be a tricky one! Queijadinha? Qurabiya? Quetschentaart? Or my pick: Queen of Puddings.)

Google’s moniker this time around is:

Okay, sounds good to me.

As you might expect a bevy of refinements are here. Nothing groundbreaking, but certainly enough to continue to hold Google’s ground as a a formidable operating system, one that, at this point, is pretty much on par with Apple iOS. 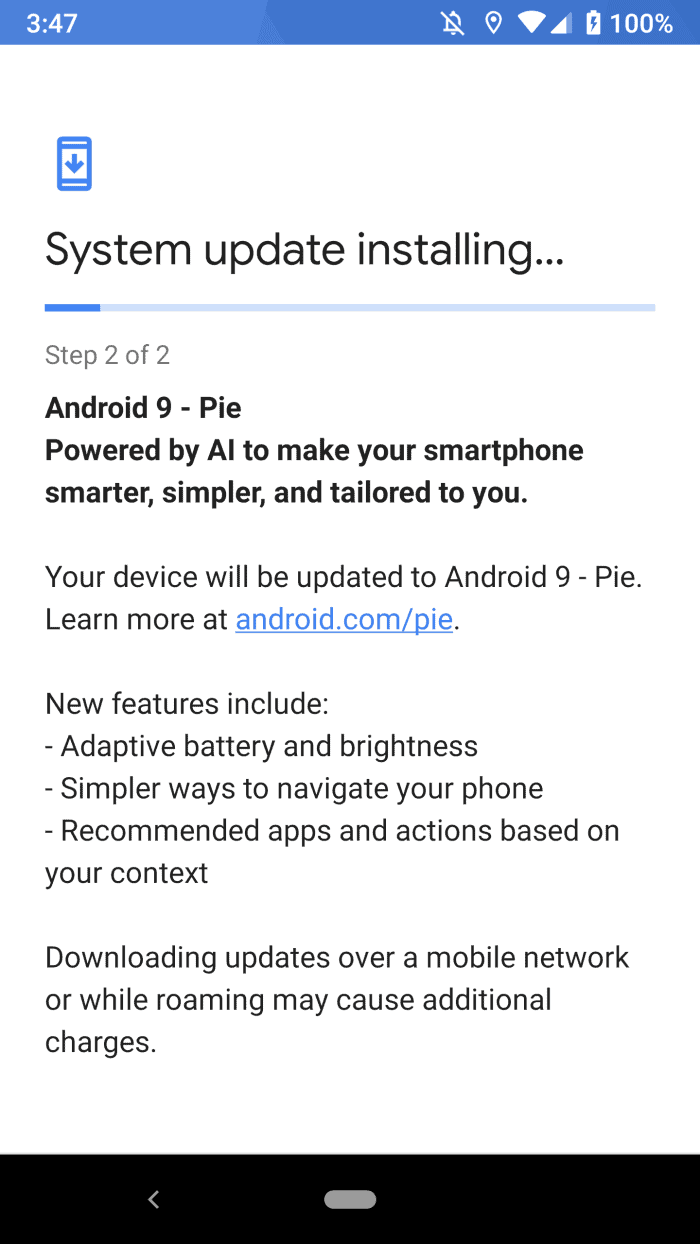 The only challenge here for Google is ensuring third party developers are motivated enough not only to develop for Android (it’s the world’s largest mobile OS so there’s plenty of motivation there) by ensuring revenue sharing is competitive, plus doing all they can to ensure the quality of apps remains on par with what you’d find on an iPhone. In my experience the quality gap in apps between Android and iOS has diminished over the years. Both offer near identical experiences. Facebook. Gmail. Twitter. Instagram. Chrome. Google Maps. Hangouts. Yelp. Microsoft OneNote. And most other major apps look virtually the same on iPhone as they do on an Android handset. The nuances are mostly found in the various user interface features and settings — it just comes down to which overall design philosophy you prefer.

Back to Pie. New stuff in Android 9 includes:

And a whole bunch more.

I’ve been running Pie on an older Pixel XL (superb phone for a steal). So far, I’ve been incredibly impressed with how smooth and responsive it runs. There’s no lag. Apps generally fly. As do crawling through various menus in settings. Wifi and Bluetooth performance in my tests over the past few weeks in beta have been stable with good reception indoors.

I especially like the dark theme option — it’s hard to imaging going back to a (too bright) white theme after enjoying the calming, contrasty mode that is the dark theme. 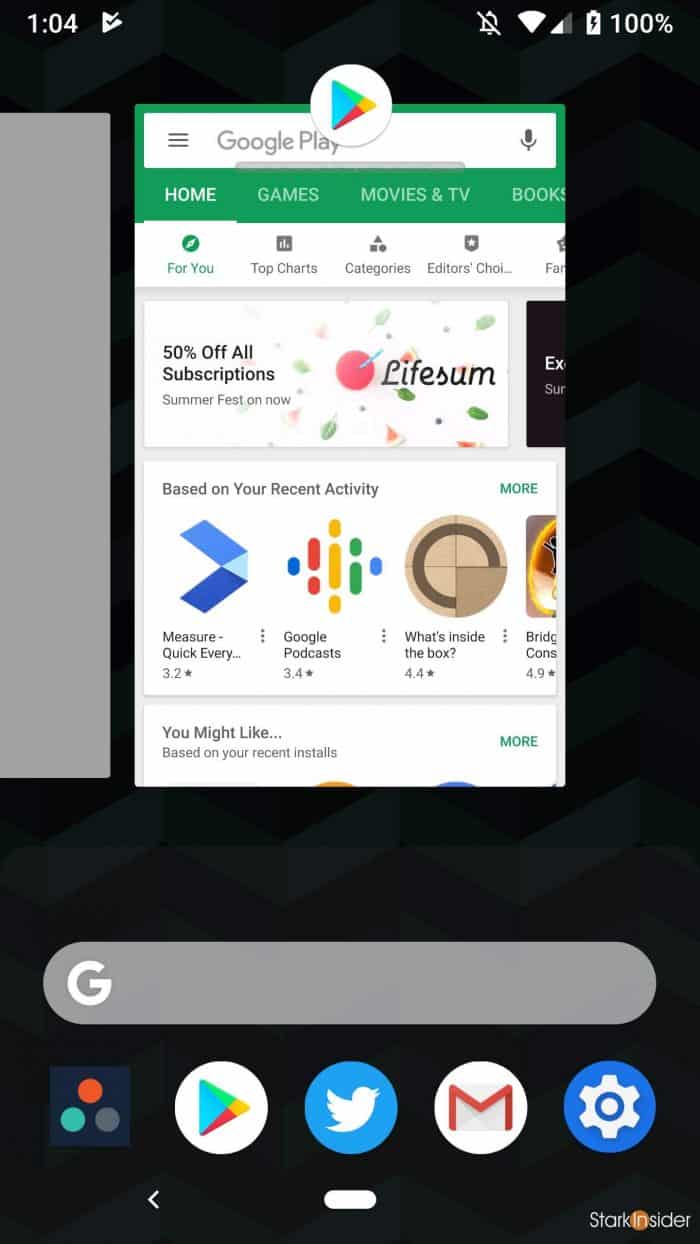 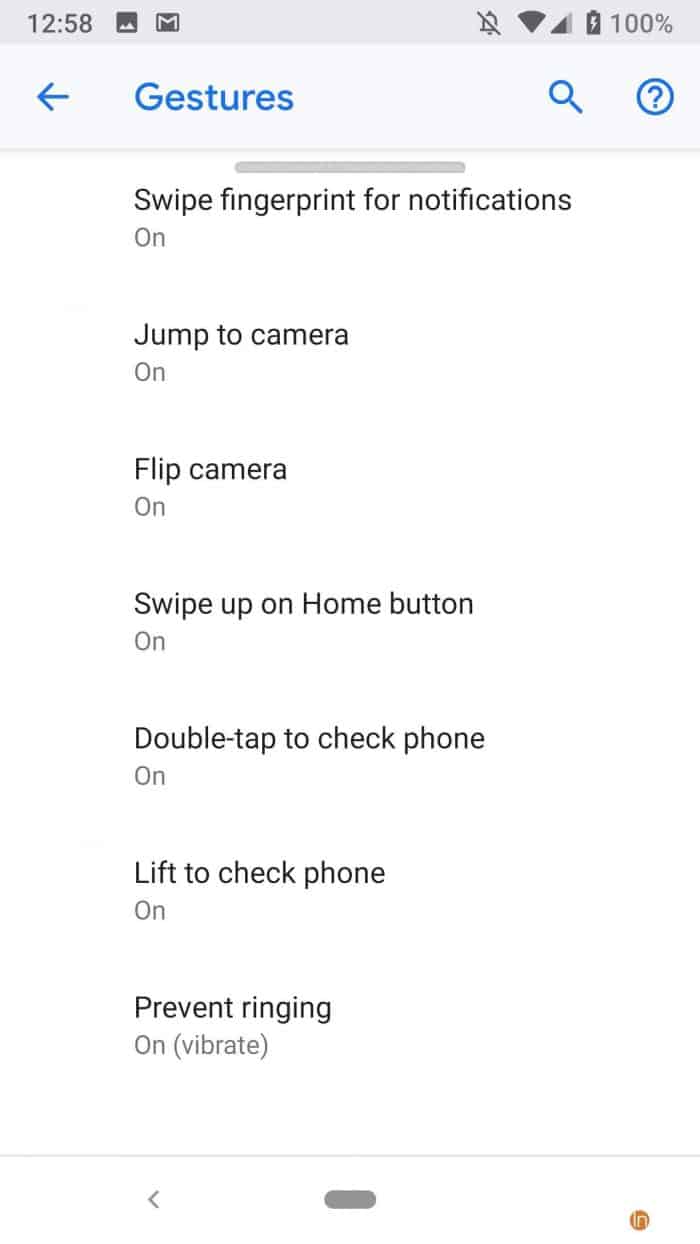 Which is another way of saying the new home button.

Google has replaced the uniquitous trio of soft buttons on the bottom of the screen — back, home, recent apps — with a single button, shaped like a “pill.” If this conjures up thoughts of what Apple did with the iPhone X and removal of the physical home button, I’d suggest this is not entirely a random fluke.

That single home button does quit a bit, and after a bit of practice I’ve come to really like the design.

Tap on the home button and you get the traditional home action which takes you… home.

Swipe all the way up for the app drawer.

Swipe right and you get an quick and easy way to access recent apps — you can swipe left and right to get to the one you want.

All in all, Google did an exemplary job here. This is smart, minimalist UI design of the highest order. Every movement feels intuitive. In my experience, it took just a few minutes to familiarize myself with the different ways to use gesture navigation.

If you prefer the old Android way, you can disable gesture navigation in the settings (under System).

Pie runs so well on an old Pixel, I’d recommend those looking to save a little might want to consider picking up a used or refurb.

What about the back button?

It’s still there, when needed. If an app requires back functionality you’ll see a smaller 2018 edition of the back button to the left of the new home button. Here is where there’s some legacy inconsistency. Some apps have a back button at top left of the screen — this is Apple’s design metaphor — while others use the soft back button on the bottom nav bar. It’s not a huge deal, but it could create possible confusion, albeit minor, among users when trying to adjust to different navigation schemes depending on the app.

Regardless, Android 9 Pie is a slick update. Most of the new features appear relatively minor — and, again, I don’t think there’s a mondo world-breaking new party trick in this update — but when in total they result in a mighty fine smartphone experience for 2018. Pie runs so well on an old Pixel, I’d recommend those looking to save a little might want to consider picking up a used or refurb. The new OS breathes plenty of new life into the old hardware, and you still have all the good stuff like a fingerprint sensor, great display and camera, and, of course, you’ll be at the front of the line for software updates (like Android 9!).

Android 9 Pie is available now for Google Pixel phones. Look for it soon from other manufacturers and across carriers. In my estimation, this is a worthy upgrade.

Now here’s hoping that Google will right the sad ship that is Wear OS and roll out a stunning, easy to use, Pixel Watch. Then I could eBay my Apple Watch and iPhone 7 Plus and switch back to Android for good (and not just sporadic testing). Easy as Pie!