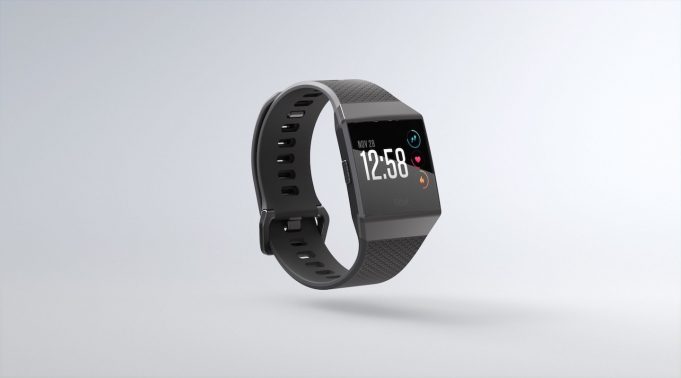 Fitbit (NYSE: FIT) announced today. Unfortunately, in case you haven’t already heard, the news for the wearable maker is not so great.

At $570.8 million in revenue and a net loss of $45.5 million Q4 missed expectations. There were some bright spots if you sift through the financials:

However, it’s hard to ignore the fact that Fitbit continues to struggle. In particular, despite adding the quite well received Fitbit Ionic smartwatch (its first dubbed as such) the company only managed to sell 15.3 million devices in 2017. That sluggish performance represents about a 32% drop y/y. Ouch.

Management didn’t break out Fitibit Ionic sales specifically so we can’t say for sure how well that new product is performing, though, it was noted that it did help drive up average selling price to $102 per device.

We also know that the Ionic, along with the Alta HR, Fitbit Aria 2 and Fitbit Flyer, accounted for 31% of revenue.

For those that follow Fitbit, and the wearables market at large, an interesting point to note in the company’s 2018 guidance:

“We expect our device mix to continue to shift towards smartwatches over the course of the year.”

Given that Fitbit has built its brand as a fitness tracker, that’s an important shift in strategic direction. I wonder, too, if it feeds straight into the mouth of the dragon?

Samsung (Tizen). Google (Android Wear). And, especially, Apple (watchOS). All tech giants with major skin in the smartwatch game. Can Fitbit carve out a long-term strategy against these massive, deep-pocketed competitors?

It’s slightly odd to focus on smartwatches going forward given that they’ve also been able to build the Fitbit platform into one of the best Health trackers — a strong social community and app and feature set have combined to make it a pretty compelling option for active people. Pushing further into smartwatch territory would seem not to play to the company’s core competence. Then again, its back is against the wall and it needs growth and profits, regardless of where that means the product needs to be directed.

As a former Pebble guy, I follow Fitibit closely.

After all, when Pebble sort of died, Fitibit came in to scoop up most of the assets.

Sadly, a new Pebble did not emerge, rather it seemed the Ionic smartwatch (in my view, priced way too high at $299 USD) would be the closest thing we’d see to a rebirth of the former Kickstarter darling of smartwatches. Actually I think the Ionic is quite good: decent battery, a nice display, strong functionality. It’s no doubt held back somewhat by its sluggish OS, and lack of brand awareness in the smartwatch world (“Fitbit” gives that away, no?). And in terms of all important bank support Fitbit Pay lags behind the competition, notably Google Pay, Apple Pay and Samsung Pay.

Most of us were hoping for a surprise uptick for Fitbit’s Q4 results. That wasn’t to be. I like to see the smaller players do well, as it helps keep the overall market in check. Otherwise, we will have a race of industry titans. Apple. Google. Samsung.

Who knows, maybe Amazon should jump in — could Jeff Bezos buy Fitbit and disrupt things?