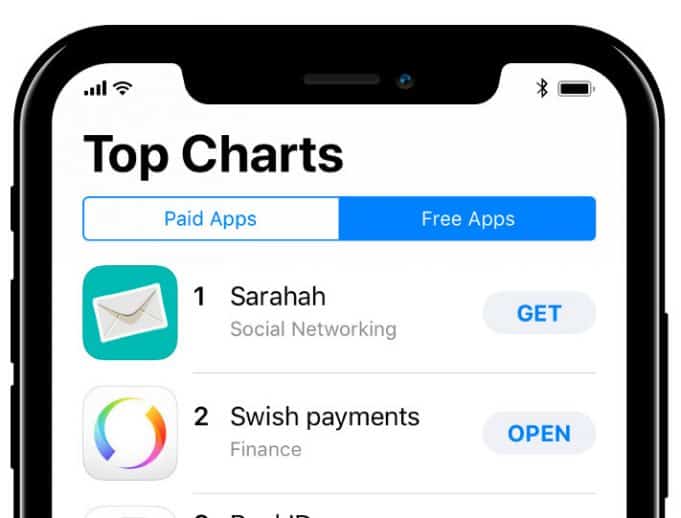 So that notch at the top of the display apparently does dissuade potential buyers!

That’s one of the reasons KGI securities provided in a research note that says that Apple Phone X (10) sales may not be living up to expectations. Because, as AppleInsider reports, that’s “because of the notch holding the sensors for the device, giving consumers the impression that there is less usable space than on the iPhone 8 Plus.”

Interesting news no question. Given that much of the competition — Samsung, Motorola, Google with the Pixel line — do not have notches in their respective flagships suggests that X notch at the top that splits a small part of the upper screen and where several sensors are located is having a material impact on sales. Well, so goes the theory at least. We don’t know for sure if X sales are meeting expectations as we haven’t seen any public numbers.

But we do know that consumers don’t like paying for a large screen and not getting 100% display coverage, even if it’s just a small — insignificant in my tests — notch. Hey, I guess that makes sense. If you’re spending $1,000+ on a phone you kind of expect the best and the most and the fastest and the largest. That list does not include a notch.

KGI believes that Apple will ship about 18 million iPhone X phones in Q1 2018. That actually sounds pretty good to me. By comparison, in Q3 2017 Apple sold 41 million iPhones in total. Tablecloth math would mean that if that were about true in the coming quarter (give or take a million here and there), the X would represent approximately 44% of all phone sales. Again, this is just rough estimations. Still, it doesn’t quite seem that it’s the disaster we’re hearing about this morning.

If anything those that don’t buy the X because of the notch or price or for some other reason probably still ended up with a new iPhone 8 or 8 Plus. Apple ultimately still gets the sale.

And the idea that the X will be End of Life this summer is actually not that far fetched. However, neither does it mean that the product was a failure.

My suspicion is that production will likely end around that time, but there will be enough inventory in the supply chain to make it through to the Fall launch.

Then we’ll likely see a trio of new iPhones all based on the X design — though expect larger screens, thinner shells, and faster everything (of course!).

I also believe that Apple used the X as a litmus test. After all, removing the home button was a big deal. Would consumers buy that significant change, along with the fact that to unlock the phone you’d need to use Face ID? By selling the legacy design in the 8 and 8 Plus alongside the premium priced X, Apple was able to test sentiment. If buyers generally accepted the new design, and if it didn’t pose any major production issues, then the engineering teams could move full speed ahead with nextgen designs based on the X. And with the EOL of X in the summer, that’s likely what’s happening. The new X concept worked. So we’re going to see a future of iPhones based on it.

The difference come Fall will be that Apple, per usual, will over various price points for the nextgen X designs. Currently you have to sell your first born to buy one. If the past is any indication that won’t be the case later 2018.

Chances of seeing a Spinal Tap-esque “it goes to 11” campaign? Slim. But wishful thinking prevails.

Another gambit: that pesky notch will be gone… so 2017.

Either way, the X gave Apple what it needed: a low risk (and high margin) way to test a new design. EOL by summer? Maybe. But if so I’m betting that was CEO Tim Cook’s plan all along.