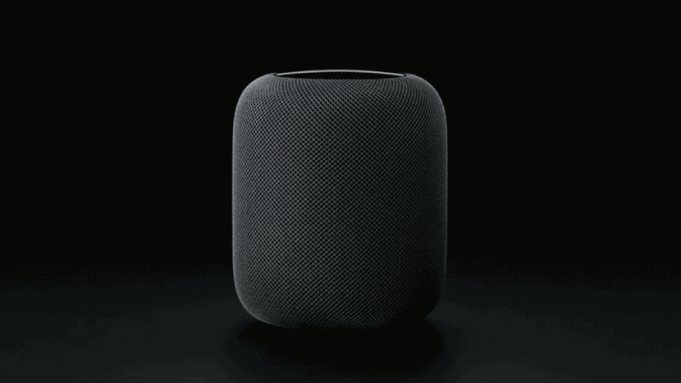 Amazon already sells about 7 out of every 10 smart speakers. Its line-up of Echo-branded devices, featuring the seemingly ubiquitous Alexa voice assistant, have been, according to Amazon, its best selling product of all time.

And, the market for smart speakers (assistants) is estimated to hit $13 billion by 2024 (source: Global Market Insights). That’s only about 6 years away. The race is on.

I can only imagine the pressure in those internal Apple meetings discussing whether or not to delay the HomePod. This is not a million dollar opportunity. It’s a billion dollar one.

Apple, though, doesn’t have skin in the game. It was supposed to. And now the segment is taking off and Apple has no answer to the Amazon Echo or Google Home voice-activated smart speaker.

We got a glimpse of its smart speaker entrant, the HomePod, earlier this year. As we might guess, Apple is going up-market, with a $349 starting price. That’s par for the course, and hasn’t hurt premium-positioned iPhones priced at and even beyond the $1,000 (USD) mark.

Originally, CEO Tim Cook and team said the HomePod would ship some time in December, just in time for the holidays. Last week, some bad news: Apple was delaying the HomePod until 2018. “We need a little more time before it’s ready for our customers.” Ouch.

I can only imagine the pressure in those internal Apple meetings discussing whether or not to delay the HomePod. This is not a million dollar opportunity. It’s a billion dollar one. Capital B. Not necessarily because Apple will generate that much in sales from smart speakers, but because it’s the new trojan horse for smart home automation. Get a speaker into a home, and you have untold opportunities:

So I think when we talk about selling a single smart speaker, be it a Google Home or Echo Dot, we’re talking about much more than a single hardware sale. This is as big as the early days of the iPhone. Recall the iPhone spawned the App economy.

Now that Apple won’t have the HomePod in time for the holidays, what will happen to its would-be buyers?

Currently, you can’t even put a deposit down on a HomePod so that means the money will likely go elsewhere. I doubt those who earmarked a HomePod either for themselves or as a holiday gift will wait. After all, we’re living in the era of instant gratification. Fully functional Amazon Echo and Google Home speakers are available here today. They can play music, yes. They can also play the role of smart home hub — quite well, in fact. Plus, they’re much cheaper. Why wait for HomePod?

… we’re talking about much more than a single hardware sale. This is as big as the early days of the iPhone. Recall the iPhone spawned the App economy.

If in fact, say, 80-90% of the money that would’ve gone to the HomePod goes to, instead, Amazon and Google (and a smaller amount to companies like Sonos who also make an Alexa-enabled speaker with the new Sonos One) what happens in 2018? I doubt new Echo and Google Home owners will be willing to switch anytime soon, even if/when HomePod ships. This is what Amazon gets so well. Vendor lock-in is key. Get to market early, and proliferate with several products (Echo, Dot, Show, etc.) at various price points, offer bundled discounts and invade the home at all costs. Sure, not everything works. Thanks to the cloud, though, Amazon has been rolling out regular updates which fix bugs and add new features.

Fortunately for Apple, the iPhone X has been well received. I expect it will sell well. Early forecasts seem positive.

Regardless, the HomePod delay is a massive miss for Apple.