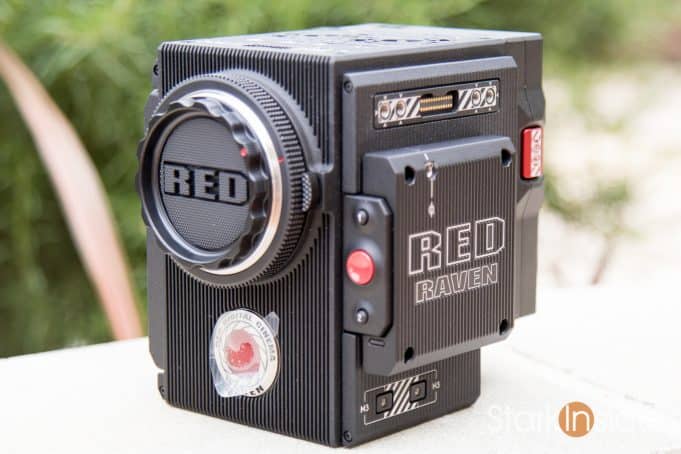 I felt like Bryan Cranston was looking over my shoulder, “There she is!”

Like in Refn’s Drive, as I unboxed the new RED Raven camera, I felt as if I was in the vicinity of something packing ungodly power, cloaked in an inconspicuous body — though certainly sexier than a Chevy Impala.

There’s not much to add here, aside from some initial observations of the RED Raven 4.5K camera:

That’s about it so far.

As I previously wrote here on Stark Insider I pre-ordered the Raven the second the order page went up (9/24/2015). The overall price did push my budget to be sure. I was initially planning to get a Blackmagic URSA Mini. But when the entry-level Raven came within breathing distance of the BMD camera, I knew it had to be RED. So I fumbled like a crazy person, foaming at the mouth, and entered my credit card info. When I received confirmation, my heart slowed a bit. Then, I was like, what exactly did I just order?

Here are the photos for your unboxing pleasure.

Now the pressure is truly on.

Time to shoot some videos.

A camera is, after all, just a tool. In this case, I feel, a very special, and “battle-tested” tool to be sure, but nevertheless ultimately at the mercy of its operator.

My plan is to make as many mistakes as possible. To shoot, shoot, shoot. Hopefully, to learn as I go.

I’m not quite ready to sell my Canon C100 II yet. I love that camera for run-and-gun. And, who knows, maybe I won’t be able to get the swing of shooting on RED, or maybe it just won’t suit my needs. We will see.

Test video coming soon on Stark Insider. Just know I’m no pixel peeper. Nothing wrong with that of course. I just prefer to have my wife dress up as Harley Quinn and run around Union Square in San Francisco on a chilly evening. It beats flowers, cats, empty streets? We at least attempted that when I first met the Canon C100 II:

Now what will it be for RED Raven?

Stay tuned. Stark Insider. Shot on RED. Mercy me (and you).