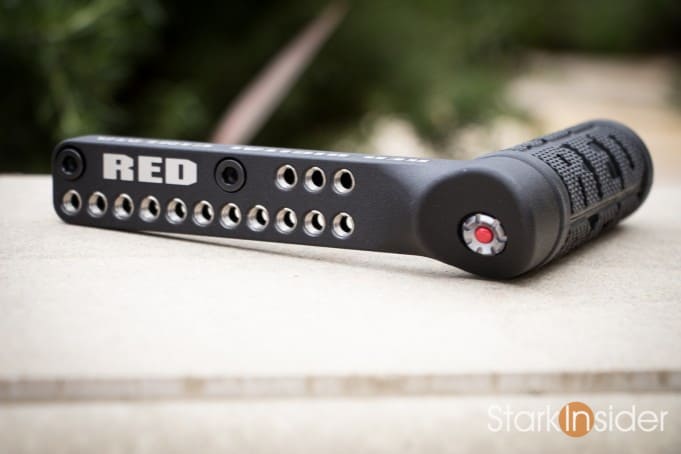 I have the handle. Now all I need is the camera.

But this isn’t just any ordinary camera handle. No, that’s because it’s designed and engineered for a RED camera. That means a few things.

For one, it must, by law of the land of RED, have a wild name. So: “DSMC2 Outrigger Handle”.

And because it’s RED, it must be priced accordingly. $550… for a handle. (Those new to my RED diaries, may be interested to read about the Cult of RED here, and the Cost of RED here)

So, the Road to RED Raven officially begins for Stark Insider: 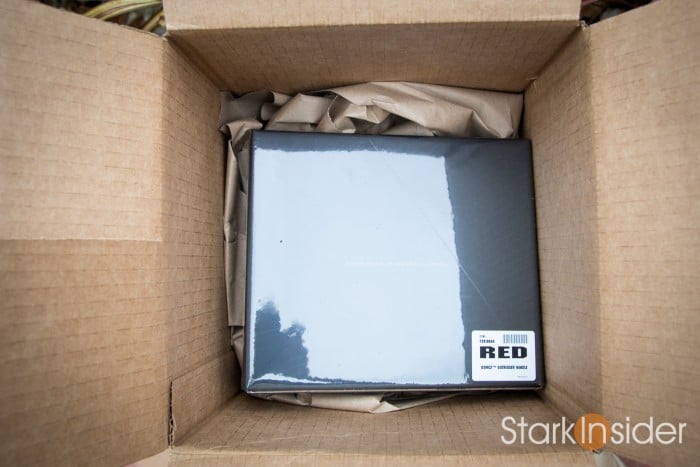 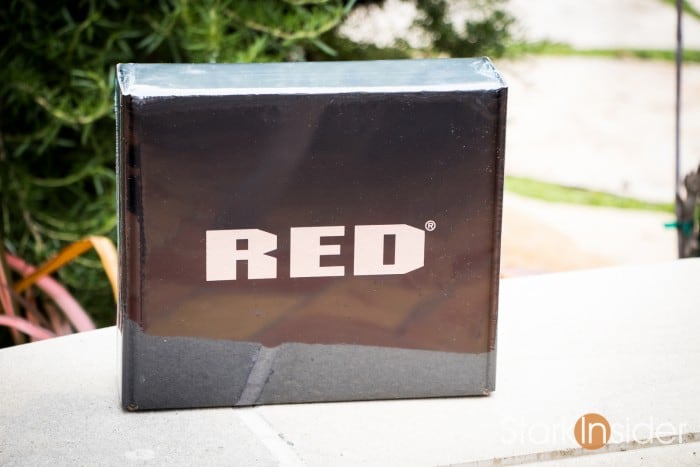 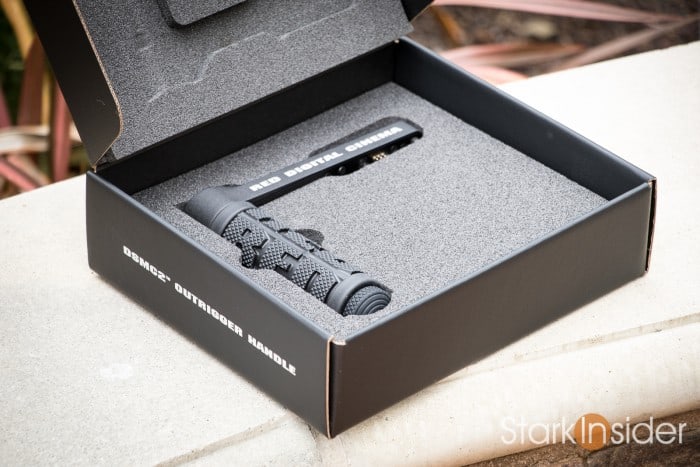 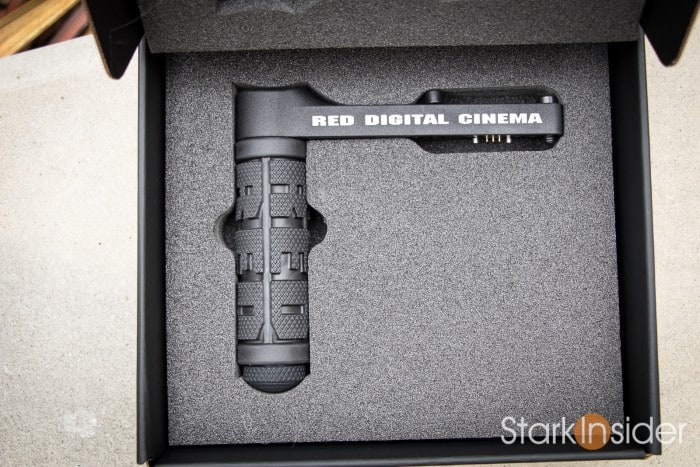 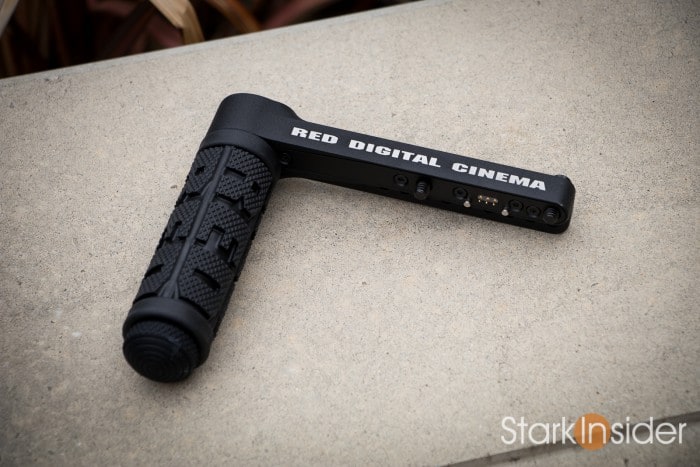 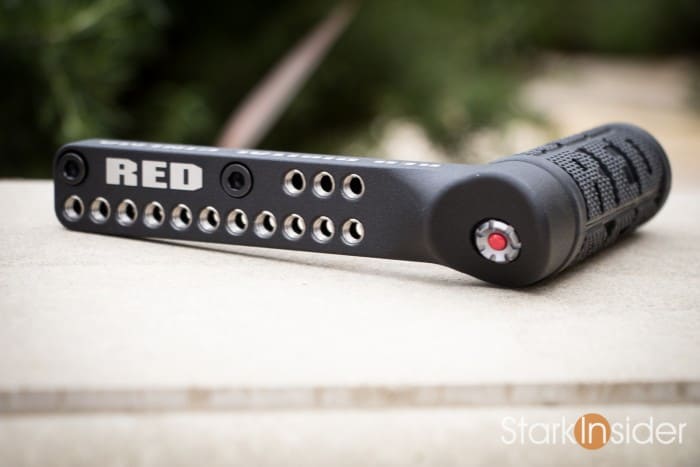 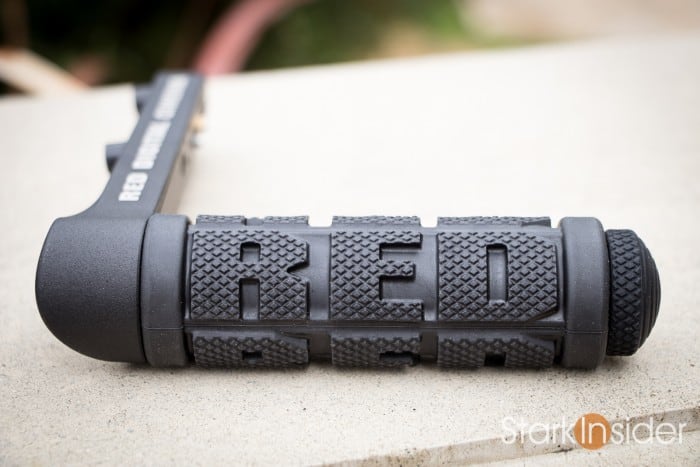 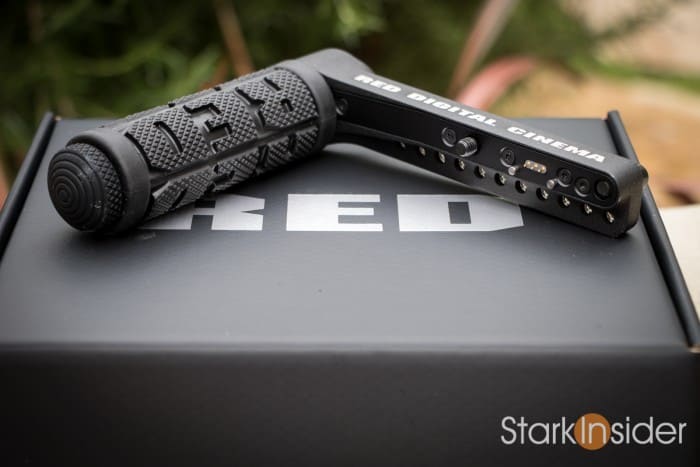 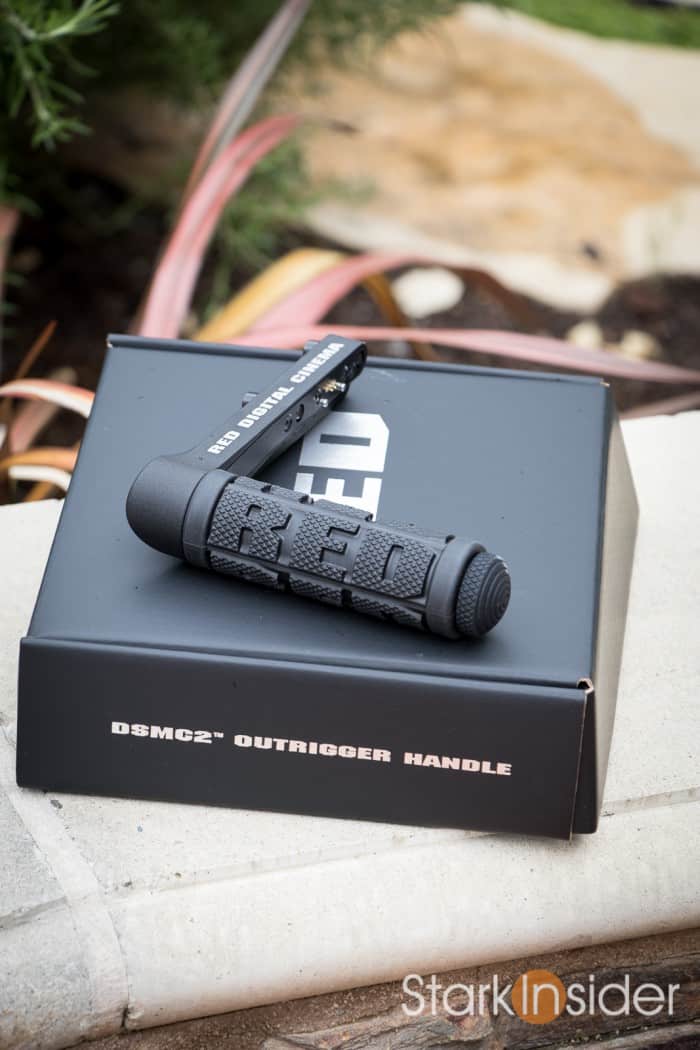 Receiving this accessory today was akin to be a child on Christmas day (as you surely can tell already). As soon as I got the delivery notification I sprung into action. Everything was put on hold. Life could wait. But this handle? Handle! I had to unbox it, to see it in person, to hold it, to caress it… to dream of a camera that some day may be attached to it.

On a more practical note, I had questions.

Would RED Digital Camera (based out of L.A.) ship it in a heavily branded Amazon-esque box?

Would the package include a giant RED stick of some sort that I could put on my Apple Mac and Tesla (that is if I owned one)?

I appreciate that the box was anonymous brown box and didn’t scream steal me. One concern I have when I do start shooting RED is using it in San Francisco, especially at night. Loni and I do a fair amount of street shooting, and I’m likely to conceal the RED logos as much as possible. This won’t be an issue in controlled environment of course, but given some of the unfortunate things that have happened to crews in the city I’m especially paranoid.

As for the Outrigger, it feels supremely engineered. This was my first time handling anything made by the company. As many have said on the REDuser forums, and others have told me having shot using their highly regarded cameras, design and manufacturing is top notch. And, to be fair, this is actually more than just a handle. There’s a bit of electronics here that allow the operator to start and stop recording. Nothing more, nothing less. 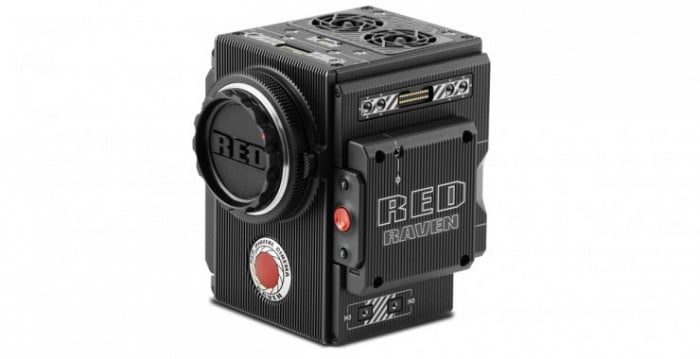 In fact, my real dream handle isn’t here yet. RED announced it at NAB. That one will arrived later this year, and thanks to added dials and controls will enable me to use the yet-to-ship Raven camera in a run-n-gun style, much like I currently do with the Canon C100 II.

I like this modular approach. I’m not sure RED invented the idea (they may well have done just that though) of allowing customers to rig out cameras like Lego kits, but in my estimation they’ve perfected the concept. You buy a camera — a Brain. It has no buttons or switches. It’s just a tiny box, a tiny piece of electronics. You can’t even power on the thing. Then, you add a module here and there and kit out the camera to your liking. If you’re a drone type, you’ll likely just add a battery module, and not much else. A studio operator might power the camera directly from an outlet, and attach a huge monitor. And, for us run-n-gun types who should unpredictable subjects and events, we’d likely attached a handle, an I/O module of some kind for audio, and be off to the races.

The Road to RED begins with a handle.

But it will really shift into high gear when we get the new little Raven itself.

Then I expect all hell to break loose around here.