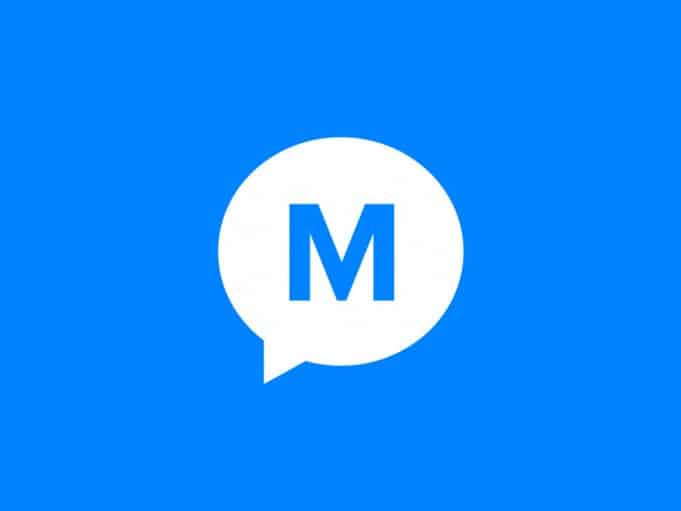 Welcome to the new flesh!

Today, CEO Mark Zuckerberg introduced the world to “chatbots.” At face value the idea might sound like a 21st century version of 80’s AI therapist Eliza, a program that might occupy your attention on an Apple ][ for, oh, about three minutes, but was a seminal moment in natural language algorithms nonetheless. But there’s much more here than initially meets the eye.

Zuckerberg and team are making a play for business-to-consumer communication, particularly focusing on customer service and e-commerce. It’s a bold, visionary move. One that Google, and Apple, and Amazon, among others, should watch carefully.

In the old, old days you picked up the phone and called 1-800-Flowers and ordered flowers. Later, in the old days, you’d connect to AOL, browse to flowers.com and order flowers. Today (or soon) you’ll connect to the flower company via the Facebook Messenger app on your iPhone or Android device, and use a bot to connect directly to the business. The flower order would be handled by Facebook including the payment which would pull from information stored also from a server somewhere ruled by Zuckerberg.

But there’s much more.

Using these new chatbots you’d be able to hail an Uber, or check on a flight status, or order groceries, or maybe even just chat with someone for the sake of chatting — a la Eliza.

The difference with Facebook’s approach then a conventional app is the addition of a layer of artificial intelligence (AI). Magically, the interaction between us as consumers, and businesses — at least, in theory — would take on a conversational tone, one that you might have otherwise experienced on a regular phone call. My guess is that this approach would personalize the interaction. Big corporations wouldn’t seem so big. And an engagement facilitated with Facebook Messenger would, presumably, bring our relationships with companies into a new era where we’re just having casual conversations in lieu of pushing numbers on a keypad while attempting to dig deep into a robotic phone menu system filled with a stream of never-ending pre-recorded messages.

In addition, communications facilitated by chatbots can include links, action-oriented buttons and images. Depending on context, these would allow you to, for example, make a hotel reservation, or choose a seat on your upcoming flight.

If Facebook can get businesses on board this platform, and spool up a transnational engine, then it is also stealing eyeballs; eyeballs that would’ve otherwise been searching on Google for flowers, or using Google Now to check on weather. And where the eyeballs go…

And it’s all about money.

Yes, it’s lovely to see Mark Zuckerberg connect the world together like one big version of that famous 70’s Coke commercial, but we know this is a holy war. Google vs. Facebook vs. Amazon vs. Apple. Co-opetition? Partly. Predominantly, though, an iron fist will rule the day. Publicly traded companies live and die by the quarter.

Meantime, though I’m bot entirely enamored with having yet another part of my life living inside the Facebook bubble, I’m all for the idea of letting the phone die. Recently, I had to spend two hours with Microsoft on the phone (chat wasn’t sufficient unfortunately) to simply activate my legally purchased copy of Windows 10. Phone calls were dropped. I had to type in a ridiculously long string of characters multiple times. There was the “C” as in “Charlie” litany of endless cross-checks. And, in the end, I came away exhausted, annoyed, and hoping that something like “chatbots” would someday come along. Customer service needs an overhaul. I think Facebook might be showing us the way forward.

Apple should see this as a clear and present danger to the app economy, which it largely dominates. If Facebook can cut out the need for apps, and instead control engagements via the Messenger app with chatbots there could be less reason to visit the Apple App Store (or Google Play Store).

Next month, Google holds its I/O developer conference. Don’t expect Mountain View to cede this space either without a massive response.