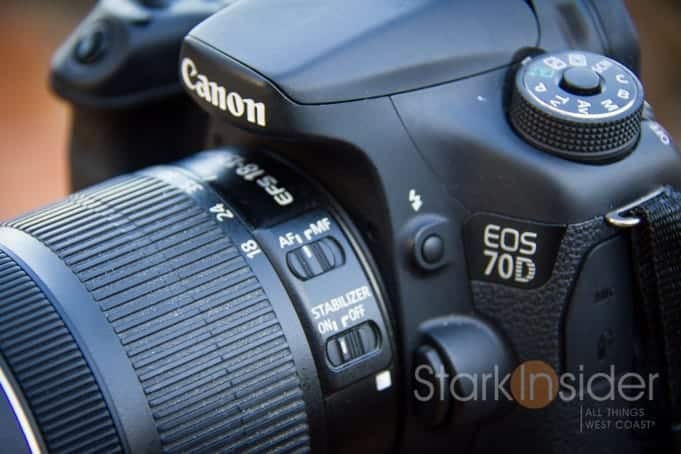 One of the best DSLR cameras ever made for shooting video is the Canon EOS 70D.

Canon has taken years of what it knows best — auto-focus, quality build, fast processing, ease-of-use, stellar image — and combined it into the one-model-to-rule-them-all.

I’ve been shooting on the 70D for a few years now. Stark Insider takes us backstage at Broadway shows, up to Napa wine country, down to the Baja, and to (dark) behind-the-scenes shoots a theater houses across San Francisco. After a few hundred videos, I can safely say: with the EOS 70D, Canon nailed it. Not once has the (relatively) compact shooter failed me.

So, for me at least, the 70D remains high on my deals-watch list this Black Friday season.

If you’re just getting into video, I’d suggest you give the 70D a close look. If, like me, you already own one, it may be an idea to look at a second body: (1) it’s nice to have a backup when on location in case something goes wrong; (2) you can use a second camera in interviews for alternate angles; (3) you can have a different lens (say, wide-angle or cinema) on the second body and swap quickly between the two without needing to slow down for a lens swap.

Remember, the 70D comes with Canon’s leading edge Dual Pixel auto-focus technology. This enables you to simply touch the screen, and track subjects. Very handy! I now have a Canon C100 cinema camera. It too has Dual-Pixel. But, it doesn’t have a touchscreen LCD which, as I’ve discovered after a few weeks shooting here in the Baja, limits creative application — the subject needs to be in the center of the screen (generally) for it to work. Not so with the 70D. Again, just touch and track. Note: for Dual-Pixel AF to work best, ensure you pair up the 70D with a new “STM” lens. I recommend the Canon 18-135mm STM zoom as a great, all-around, run-and-gun lens (it’s on my 70D 95% of the time). You can get wide when you need to, and then get up close too for those emotional, engaging shots.

I’m keeping an eye on the 70D prices this week.

I’ll update this page if I find better Black Friday deals. But for now, the lowest I’ve seen it is for $899 for the body, at both Amazon and B&H (I don’t typically buy from non tier 1 vendors as I’d be concerned over grey market product. Here’s the links

If you do make the jump, here’s a few of my other 70D articles you may want to bookmark and check-out: