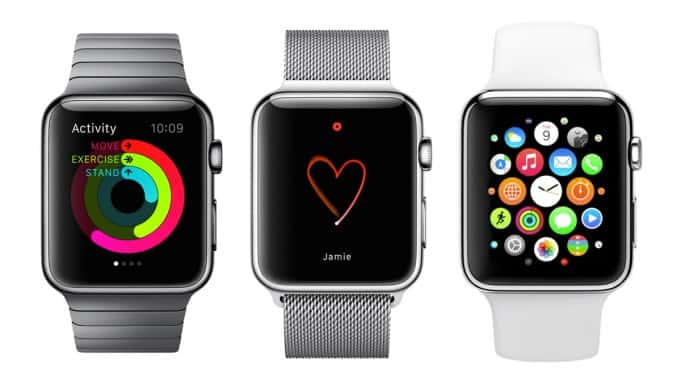 This is new territory for Apple.

So far as I can remember, and especially when the company was under the leadership of Steve Jobs, Apple products have been easy to use.

Back in the day you could turn on a Mac, move the mouse, and navigate to your heart’s content, with nary a complex keyboard command (effectively killing off Microsoft DOS, at least as a front-end GUI).

In 2007, you could pick up the ground-breaking iPhone, and not need any instruction. Just touch and swipe.

Same, of course, with the iPad.

But, the Apple Watch?

And for something billed as a lifestyle product, that’s an oddity. A New York Times columnist said it took him three days (!) to get up to speed with his new Apple Watch. He cited a “steep learning curve” that often confused and frustrated him. Granted, after that initial awkward phase, he said he “fell hard” for it – he now uses it to pay for cabs, and groceries, and to present his boarding pass at airports.

The Verge noted “performance issues,” though concluded it was the “nicest smartwatch available” (ahem. Pebble…). Score: 7 out of 10.

Regardless, the fact that Katy Perry has one (with Mickey Mouse watchface and all), should bode well. Much like singer John Mayer and the then slick MacBook Air, celebrity endorsements create the ultimate in lust factor, $650 price tag be damned.

For a company obsessed with design elegance and the simplicity imperative, the Apple Watch is an oddity. It runs counter to what, I believe, Steve Jobs what have wanted. Instead of creating a true accessory, one that extends the existing functions of the iPhone, Tim Cook and team went for a wrist computer. There’s upside to that approach. If it the Apple Watch succeeds, you can bet the spoils from the newly created ecosystem and developer platform will be rich indeed. Also, expect attach rate sales of the iPhone — the Watch won’t work with Android devices.

The iffy part of the equation, however, relates to long-term consumer acceptance.

We won’t know until the initial euphoria subsides (the first stock reportedly sold out in 10 minutes). The stockouts are no surprise. Everyone has an iPad, iPhone, Mac. But almost no one has an Apple Watch. And given its Dick Tracy cool factor (haute-tech as I’ve heard it called) expect every meeting for the next two months to being with a co-worker’s Apple Watch demo.

In an effort to counter what it would predict as a non-traditional product learning curve, Apple has released more than it usual array of tutorials, videos, and how-to’s. That was a smart move. It also helped create a drum-beat of marketing hype leading up to the Apple Watch’s in-store availability.

At least initially — if the economy tanks, what device will be the first to go: Mac? iPhone? iPad? Watch? I’d suggest that’s exactly the order of priority, from most to least important, in terms of day-to-day work and life. Clearly this is a discretionary (bourgeois) product if there ever was one.

I still think the Apple Watch will win out long-term. As a niche product. Initial sales volumes may be strong, but I’d be surprised if it ever sold in mass volume, say, two or three years from now.

Me? I have a 6-inch Huawei. Pretty amazing phone. But, Android. So no Apple Watch (maybe my wife will get one some day). Pebble it is. As I wrote in my review, after using that smartwatch there was no going back – it really is a life changer. I wouldn’t be surprised if many feel the same way about the Apple Watch too, even if it takes a little more effort to learn than an iPhone.