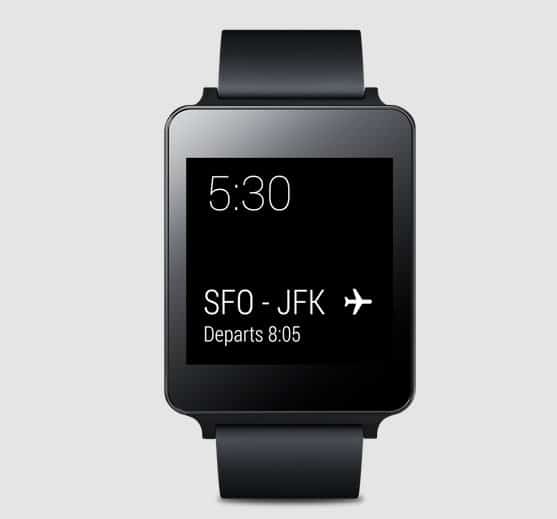 In case you missed it Google has a sale running on one of the initial Android Wear smartwatches to hit the market in 2014. The LG Watch is now only $179 (available in black or white). That’s $50 off the regular selling price of $229. If you’re interested in testing the wearables market, it’s a pretty decent way to jump in – do so quickly though as the promo runs on the Play Store only through September 23.

A couple of things to know about the G Watch.

First, you need an Android device. Android Wear watches only support companion devices running the Android OS. iPhone users will need to wait until the Apple Watch starts shipping in early 2015. Seems like the mantra is going to be a wall garden for each wearable platform – be it a Google or Apple powered device. Basically the same as it ever was: you’re either an Android fan or an iPhone/iOS fan. If you want the flexibility of a smartwatch that runs on both, then you might want to look at the Pebble. Also, you’ll need to download the Android Wear from the Play Store and configure Bluetooth for communication between the G Watch and your phone – this is a watch that needs to be tethered to your phone to work.

Another thing to know is that the screen on the G Watch (and the other Wear launch device, the Samsung Gear Live) isn’t too easy to view outdoors. In bright sunlight you’ll most likely need to cup your hand over it to see the time or read a message. Indoors, of course, this is a non-issue, and the display is quite nice, with bright colors and decent contrast.

MORE STARK INSIDER ON WEARABLES: Is the Apple Watch like that Seinfeld episode?

By now you’ve probably read that battery life isn’t too great on any wearables (save for the Pebble). Expect to charge it daily. For most of us–me included–no biggie. I don’t like wearing a watch to bed, and throwing it onto the charging dock (LG’s solution is waaaaay better than Samsung’s) takes mere seconds.

Yes, many are lusting after the Moto 360. But, keep in mind, it’s about $70 more. Also, the rounded watchface, while sexy, does crimp some of the screen space, making some apps not quite as easy to read or use.

For $179, the G Watch is a pretty low cost, and fun way to get into the wearables game. Our advice: go for it (just know about the above caveats).