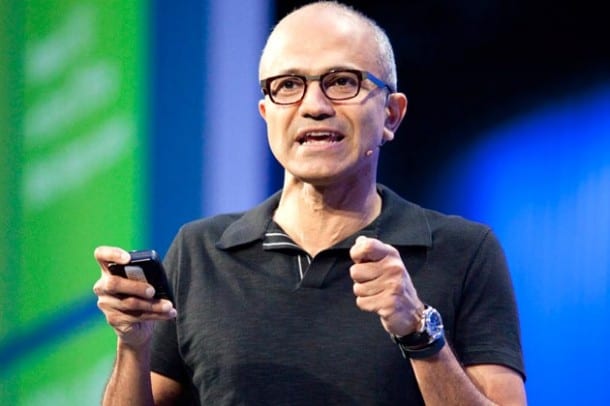 What do you do when a former titan of industry lags newer up-starts?

You could replace people in key leadership roles.

You could refocus strategy on growth markets.

You could even re-brand the company and update logos in an attempt to spark creativity across a subdued workforce and generate interest once again from reticent customers.

Microsoft has done all of these things in the past few years. The post-PC era has not been kind; not surprising given Microsoft was/is a company all about the PC.

“Tired traditions will be questioned,” he told employees in an email that was widely circulated today. “Our priorities will be adjusted. New skills will be built. New ideas will be heard. New hires will be made. Processes will be simplified.”

Speed appears to be a key element to the new think in Redmond. That’s a long time coming. Built in the shrink wrap era, Microsoft’s product processes are built around humongous (and agonizingly slow) release cycles. Windows 3.1, Windows 95, and Windows 7 were all born of long engineering cycles, followed in turn by long marketing and release efforts. Iteration – by the month, or even by the day and week as so frequently seen in today’s app economy – was a decidedly foreign concept. Tradition!

Turning (or is that righting?) the Titanic

Still, Microsoft has proved it can innovate. Windows 8, like it or not, is a radical departure. Combining both a tablet and desktop operating system has proven to be a unique, if not painful, value proposition. Apple and Google have employed different strategies, keeping the mobile (iOS and Android) separate experiences from those of the desktop (OS X and Chrome). No one can accuse Microsoft of a me-too approach. Though Windows 8 has quickly become the Vista of its time, it’s still too early to judge whether or not the approach will work. Given that Google, via horizontal integration and open source, and Apple, via vertical integration and a closed ecosystem, both dominate it probably would be reckless to say one strategy rules them all.

Also, according to the WSJ, though trailing in several new, high growth markets (tablets, smartphones), Microsoft still manages to outperform both IBM and Oracle when it comes to profit and revenue per employee. Apple and Google still lead the pack, however.

It’s easy to forget that Apple was once at a similar crossroads. Just as the Post-PC era has not been kind to Microsoft, the Post-Jobs era, circa 1985, was a turbulent time for Apple. The Mac design had faltered, becoming merely a beige box, resembling the dreaded, boring boxes of then PC villain, IBM. New product introductions, such as the Newton, Pippin (yes, a video game console, believe it or not!), and eMate flopped. Worst of all, at the time good people were leaving the company in droves. Predictably as the talent pool thinned so did Apple’s ability to compete. That all famously changed when Steve Jobs returned to helm the company he co-created (with the legendary engineering wizard Steve Wozniak). Not only did Jobs simplify product strategy when he returned – using a clever four quadrant matrix that everyone and anyone inside and outside Apple could understand – he also restored a culture that was proud, ambitious, daring. That culture today, under the even-hand of Tim Cook, still exists today.

Given that Microsoft and Apple are arch rivals, it’s only natural that each take its turn basking in the sun. For Apple, that time is now (though I, along with many, feel that perhaps its most incredible days are behind it). For Microsoft, that time could be. So far I like what Nadella is doing at Microsoft. He hasn’t pushed any panic buttons. I don’t think that would be the right thing to do. From what I’ve heard he’s built up a loyal following, and general respect across the board.

“With the courage to transform individually, we will collectively transform this company and seize the great opportunity ahead.”

If Nadella can get his Pied Piper going, he may very well transform Microsoft into a place that’s once again cool to work at.