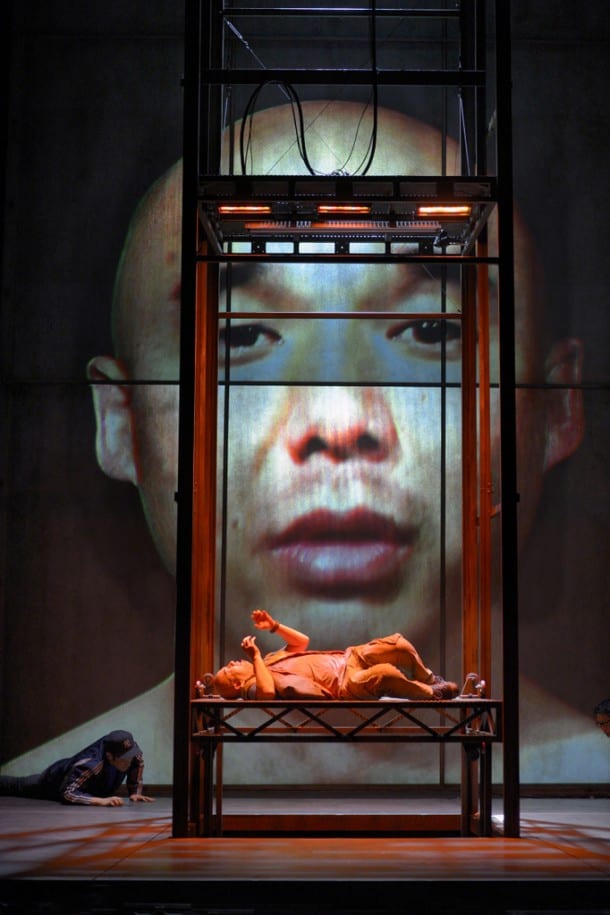 The Bay Area Theatre Critics Circle (BATCC) have announced this year’s winners. At a gala last night in Oakland, 64 awards were handed out to theaters, both big and small across the San Francisco Bay Area. In addition special honorees at the award gala (now in its 38th year) included the African-American Shakespeare Company, Bill and Susi English of the San Francisco Playhouse, and Elly Lichenstein of Cinnabar. The list of winners is listed below, and can also be found on the BATCC web site.

Julius Ahn won best male performance in a musical for his standout–and very memorable–turn on the A.C.T. stage in Stuck Elevator (review).

For touring shows, the nod went to SHN for the apparently eternal musical Anything Goes.

ON SET WITH STARK INSIDER: DISCONNECT at SJ REP

After reviewing the list of winners, a few things came to mind.

Theater here in San Francisco is as diverse as ever.

We’ve got Broadway revivals (Du Barry Was a Lady at 42nd Street Moon is a current example). Incredibly interesting and creative new works (To Sleep and Dream). A deep, deep pool of talented actors. Edgy blackbox productions. And so many theaters to enjoy–despite the challenging environment for the arts–that it truly feels like being the proverbial kid in a candy shop.

A surprising omission. No Magic this year. Zero awards. Something doesn’t seem right about that (though it did receive several noms for Buried Child). If you’ve seen Rod Gnapp in any number of his ground breaking performances there you’ll know what I’m talking about (he did win a BATCC award for his performance in Marin Theatre Company’s The Beauty Queen of Leenane). Along with Berkeley Rep, this is a theater that sticks with you, almost every time. And if you just can’t get enough full-frontal, then Magic is your bff.

BEHIND THE SCENES: STUCK ELEVATOR at A.C.T.

Often, quite the opposite. Case in point: the most recent Superman movie. Want to see creativity unleashed? Give someone $100, 10 chairs, and a kiwi. The results might just astonish. Or not. Either way, I especially love the risk-taking element seen so frequently across theaters here. I think we’ll need more of it – in this age of  mobility, social media, multi-screens, attention spans are fleeting. In that respect I’d label this year’s list as “safe.” I’m not so sure Millennials are too interested in old revivals, or the same old touring shows. We may scoff, but that’s the future ticket buyer. What’s worked in the past likely won’t going forward. More money is not necessarily the answer… the answer may lie in the deconstruction of long-standing theater norms. What that entails exactly, I’m not so sure. Does anyone?

Cliche and trite, but in the end they’re all winners. Any work that makes it from the imagination to the stage is, to a large extent, already a success. That we get to bathe in the riches is a remarkable luxury. One that I hope endures.