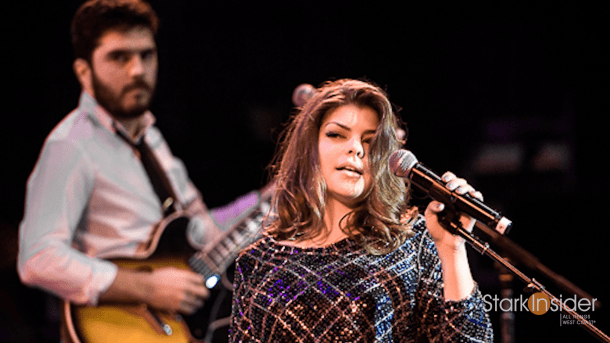 She comes from a theater background, loves R&B and soul and is a shoe-in for a 21st century Janis Joplin.

He grew up listening to classic rock, and groups like Stevie Ray Vaughan and Led Zeppelin.

Together they are known as The Brixtons.

If you’ve come looking for a pigeon hole, time to move on folks. This is about to get old school.

The background-diverse vintage pop duo based out of New York recently made a memorable appearance during the Live in the Vineyard music festival. A stripped down three-song and intimate set left the crowd at the Clos du Val winery–for lack of a better word–floored. Oh! Right! This is what real music, sung by real artists, playing real instruments sounds like. Leave your backing tracks at the doors; open your arms to a sound that is searing in originality.

If this were the 60’s lead singer Donna Missal would be best buds with Aretha Franklin, and pumping gas on the side.

Fortunately we were able to catch up with the duo after their set. I filmed the performance. I’ve seen my fair share of live acts (Janelle Monáe at the B&W Ball SF… holy wow). And you know that moment? That moment when you know something special is going down? The kind of where-were-you-when kind of moment? That was this day. In a barrel room of all places. In Napa. Chills, they were a multiplying.

Below is the video interview with Loni Stark. Skip ahead to the end of the article if you prefer (I would) and watch as Donna Missal (vocals) and Ken De Poto (guitars) talk songwriting inspiration, the therapeutic release that live performance affords, and, at least one (maybe two?) of their most embarrassing secrets, made public for the first time ever. Plus: some highlights from their rip-roaring concert.

“It’s interesting to take common situations or common vernacular even and expand upon them, and create bigger moments out of these small moments we have in life,” says Missal, when asked about the role of life experience plays in her song writing. 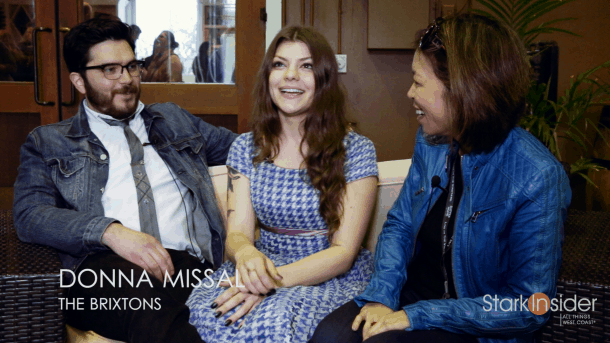 There were so many colorful and eclectic acts at Live in the Vineyard this year that it was hard not to experience a most wonderful form of sonic whiplash.

First, Stark Insider was on location at Sutter Home for Colbie Callait’s slick, hit-laden performance (has she written every song ever played on the radio?). Then, less than an hour later, we found ourselves in the town of Napa inside an atmospheric barrel room at Clos du Val lit only by candles and a few strings of overhead bulbs. There the LITV experience became decidedly raw as RH Music (as in Restoration Hardware, the store, believe it or not) artists The Brixtons and Larkin Poe took to the stage. And this is what I love about a fest that mixes hit-makers with up-and-comers: you get a spicy mix of the unexpected, intermixed with the assured stage presence of industry vets. Later, the likes of Sarah McLachlan, O.A.R., Passenger and Mary Lambert stormed the Uptown Theatre. Ask anyone who was there, and they’ll talk endless pinch-me moments. Well, either that or proudly swipe through a parade of wild Instagrams.

The first word that comes to mind is melancholy. There’s a haunting beauty to Donna’s lyrics. Her quirky looks don’t hurt either. She channels fiery soul revival – if this were the 60’s she’d be best buds with Aretha Franklin, and pumping gas on the side. Mix a bit of Janis Joplin, sprinkle some Fergie, and add a dash of Dorothy from The Wizard of Oz, and you have yourself Donna Missal, the one-of-a-kind lead singer for The Brixtons. 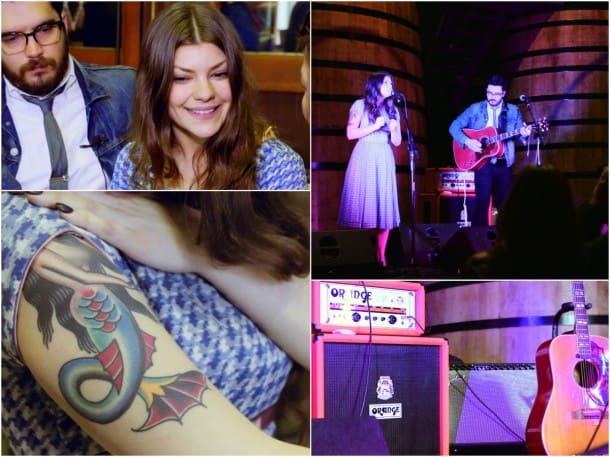 Later last year the duo played the Greek in Berkeley, an inaugural California performance that was well received by critics.

Who knows how this Restoration Hardware lifestyle branding will turn out – if there’s one thing the new “RH Music” division has done right so far it’s “signing” this band.

What I especially enjoyed as the duo crammed together on a make-shift couch in the back of the winery was the most welcome non-PR, non-stump, non-robotic interview they provided. There were many awkward moments. Silences. She looking there. He looking here. I loved every second. Because it was very real. Unrehearsed. Genuine. And–true to their music–unabashed in its delivery.

WATCH: The Brixtons – Live in the Vineyard at Clos du Val Winery Napa