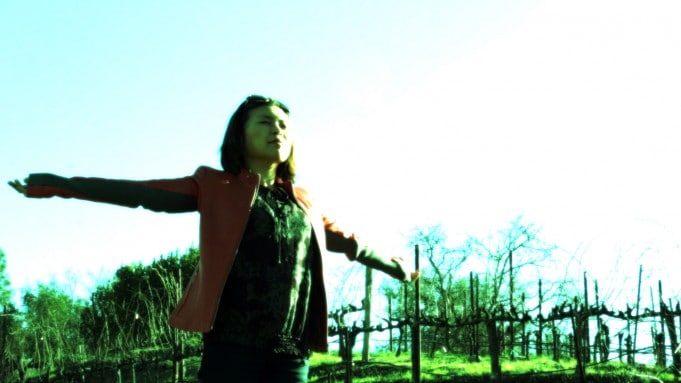 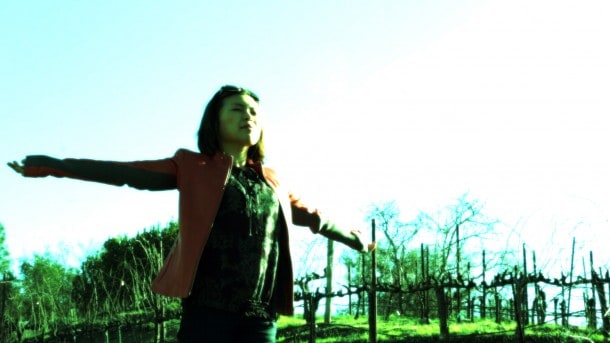 What does it mean to be cinematic?

I’m not really sure. The term could refer to a special, undefinable, quality that brings a story to life. Maybe it’s the size of a movie screen. Or breathtaking vistas caught using high-end gear.

When I hear or see the word “cinematic” one indelible image comes immediately to mind: The scene from Lawrence of Arabia (1962) when Peter O’Toole and his companions are trekking across the desert on camels, accompanied by Maurice Jarre’s epic score. That is cinematic. And I think it’s one of the most remarkable moments in modern cinema.

“Cinematic” has my curiosity peaked these days, at least as it applies to online videos. It’s kind of silly, I guess, to think that videos made for YouTube could be deemed cinematic. Most will be played on a small screen; tiny smartphones, and, often tablets with small (by comparison to movie theaters!) 10-inch screens. Many of the popular online videos are shot with cheap cameras, and are the shakiest stuff you’ll ever see – many, though, capture a moment of great interest, be it social upheaval, a viral stunt (Jean Van Damm’s amazing Volvo commercial), or simply a cat playing with a ball of yarn.

Begin to look closely and you start to notice something in the world of online video:

I’ve noticed this especially so in the last year or so.

Begin to look closely and you start to notice something in the world of online video: Quality is steadily improving.

Make-up videos are a great example. As I wrote last week, if you want to attract a large number of viewers the beauty industry is a good place to be. Those videos, to my surprise, are impressively produced. Videography is smooth. Music and effects are well used. And there’s even a dash or two of story-telling. They’re ostensibly how-to make-up videos, but they’re wrapped in a reality-tv inspired package.

With the flight to quality, and my restlessness with the status quo with what we’ve been doing on Stark Insider I began to dig deeper into the idea. Could we riff on the term cinematic and apply it to our videos?

Then, last year, at the Mill Valley Film Festival, a filmmaker added the Stark Insider Twitter account to a list. That list was called “Cinematic Journalism.” I had never heard of that before. It sounded interesting. I learned that serious journalists (usually focused on global political issues) we’re taking lightweight filmmaking gear to places like Iran and South Africa, and returning home with cinema style footage. It was far from the standing-with-mic-in-hand broadcast television model that we’re all so accustomed to. These reels had film-like production qualities. They told stories of war, and famine, but did so with cinematic flare.

Maybe I could add a twist, and use the concept of “cinematic journalism” and apply it to the realm of arts and entertainment, and the subject matter we cover here on Stark Insider. We’re not hard ball, we don’t do investigative pieces; far from it. My goal is to explore under-covered stories around the San Francisco Bay Area, especially ones involving creative people, and those taking risks, trying something new. Could I forge into a new space? I’m not sure what it would be called, but I would try to get there slowly applying learned principles from the craft of Cinematic Journalism.

Jared Leto is an interesting guy. He’s an actor (Fight Club, Dallas Buyers Club). He’s a director (make terrific music videos and produced an entertaining documentary about the music business called Artifact). And he’s also a (very successful) musician – a rock star actually. What most amazes me about Leto is that here’s someone in their 40s in their creative prime, publishing incredible content at the highest quality possible. Studying his work was inspiring, and possibly informed where I’d like to take our thinking around video in the coming years.

We review theater, indie films and commentate on the arts from time to time. Criticizing creative output is a tricky thing. Often it puts me in an uncomfortable space. I picture myself, arms crossed, poo-poooing something that some one (or some team) has put lots of great effort into creating. There is useful discourse to be had, definitely, but more often than not I see the critic become the Critic. I remind myself, time and time again, that it’s the arts that matter most. They enrich our lives. It’s the directors, actors, playwrights, lighting designers, painters, musicians, et. all that should always be celebrated. Leto is a great example of quality contribution to the world of art – in this case, film, and music.

So, first, I went to film school. Loreto Film School as I jokingly call it. I brought my Canon EOS, and usual gear, on our last trip to Baja California Sur, Mexico. Loreto is a pretty fishing village. I’ve written about the place and the resort of Loreto Bay twenty minutes south of town on Stark Insider extensively over the years. We love the area and the people. The idea was that while my wife painted every day (and she successfully completed a new oil painting each day of various Loreto landmarks and vistas) I would complete a video every day. I wouldn’t call these videos cinematic by any means. But they were an attempt to draw emotion, and use simple concepts normally found in music videos to keep the viewer’s attention. They’re, true to form, largely vanity vehicles. The goal was to learn from the experience, challenge ourselves, take huge risks (by putting ourselves “out there” in an unconventional, likely silly, manner). Here’s one of them, “Morado”, part satire, part arthouse, part music video:

After that exercise in Loreto, I read books about editing. I finally began to learn about things I had sort of been doing, often incorrectly. Now I knew what some of the techniques were called (ah, flash cuts!). I learned how better to use angles, framing. I also remember being told to “not start shooting until you see the whites of their eyes.” And, “show, don’t tell.”

I began to then take these learnings and try to apply them to our conventional videography; the backstage tours, the interviews, and the on location stuff we do for Stark Insider. Some one told me it was as if I was working my chops. For the first time I even storyboarded, gave serious thought to structure and timing. It’s a bit of a tough go. The viewing experience can be jarring as I jump from a sound bite or interview to a music video-inspired scene. But I’m convinced I can get “there” – wherever there may be. It will take a few years I think, and I’ll possibly never get it absolutely right. The effort and the journey are reason enough I think.

Views and revenue could drop.

But I don’t care. I value creativity and the creative process above all. Maybe it’s my Jerry Maguire moment, “The answer was fewer clients. Less money.”

Yes, I still want to see Stark Insider grow and our subscriber base grow on YouTube – being literal will be a necessary evil at times, and is often the only device that makes sense in many situations. Dwelling, though, on view counts perhaps should not be the sole focus. At the end of this lifetime will I be most proud of a how-to DIY baseboard caulking video, or one that tells a story about a piece of San Francisco history?

There you have it. A Sunday morning thought. I’ve likely bastardized the concept of “cinematic” and offended many with my naive thinking about its application to film and video. I’m accustomed to being wrong. We’ve been making videos on Stark Insider since 2009, and each video we film, produce is a massive learning mistake. Granted, a fun one! Each–even those made just last week–are littered with editing errors, and framing issues. But, you know what? Fearlessness is the only way forward.