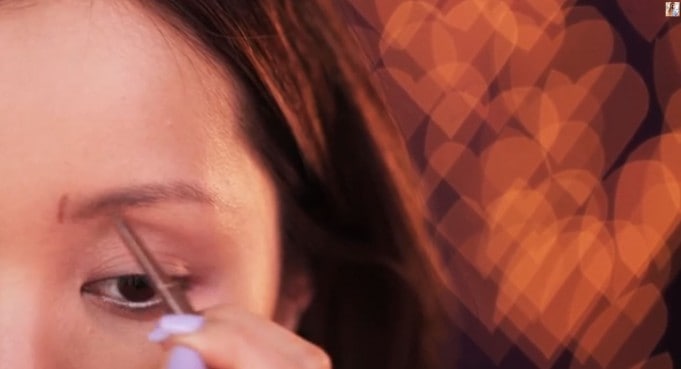 Want to improve views on your YouTube videos? Tired of only getting 40 views of your series on how to use a whiteboard? Want more engaged viewers who love your stuff, and push your view counters over 4,000,000 views in a heartbeat?

I’ve got the answer. It’s a no cost, fool-proof methodology for becoming a YouTube sensation.

Buy some lipstick and highlighter and start producing how-to videos about make-up.

The Lady Gaga of makeup appears to be Michelle Phan. Maybe she’s the Oprah of makeup. It would seem the world–or at least the teenage beauty world–revolves around her. She is a one person industry, a juggernaut it would seem. Phan’s YouTube channel has 5,877,683 subscribers. Even some mainstream cable channels would kill for that kind of install base. Total views, as of today, comes in at 878,925,485. Not before long and this channel will cross a BILLION views. That’s a lot of lip gloss.

Megan Parken, aka meganheartsmakeup, has 703,368 subscribers and has been impressively growing her channel too (Go Megan!).

Now, I’m sure you’re wondering why I’m apparently watching, and now writing about YouTube make-up videos. And, yes, I’m a guy. And, no, I don’t wear makeup (though I have been spotted at least once in Napa wearing a wig). This YouTube make-up phenomenon was brought to my attention by my wife. She was struck by the attention these videos were getting, and some of the interesting personalities (companies?) in them. I was fascinated by the phenomena, and watched over her shoulder as she played some of the videos for me.

There’s also another reason to watch these make-up videos.

I watch these (occasionally and in very small doses, lest I become Simone Choule) to catch up on the latest in video production technique. What sorts of looks are they achieving? What’s the editing like? The music? It’s the same reason why I scrutinize videos by Miley Cyrus (I love We Can’t Stop, the song and the great video) and Elliott Goulding (Anything Could Happen, but only the quirky arthouse version of the video with her on the beach with the silver balls, car crash, floating to sky, etc.). And one of the best: Madonna’s What it Feels Like for a Girl directed by the creative genius that is Guy Ritchie (btw- just about any one of the aforementioned video channels easily outgun even Madonna). Essentially I want (to try) to keep my approach fresh, modern and not fall into the trap of making videos that are from a bygone era.

One thing I’ve noticed is that many of these make-up personalities have become accomplished storytellers. That, I’m guessing, has helped fuel new phases of growth for their videos and YouTube channel. If you can create a compelling narrative, you’re repeat viewership should increase – just like the world of television.

There’s also an increasingly cinematic quality to these videos. That makes sense. These videos are about beauty so they should look beautiful. Some are so well made and produced that it’s hard not to believe major companies aren’t behind them. In fact, in many cases, there is. Sponsorships are a big deal in the beauty industry.

So while I suppose we needn’t all rush out and start shooting make-up videos there are lessons to be learned by at least analyzing other video markets, even if they are totally different than the one your pursuing.

Clearly make-up and looking good is of huge interest to millions of teens. Companies will want to sell them products. And a great marketing channel are these YouTube videos and personalities.

But, obviously, your target market will be different. That’s why it’s important to not always necessarily only care about the number of views. It’s always great getting views, yes, but what should be top of mind is getting the right viewer. If you’re selling luxury yachts to the .01% then you’re not going to get millions of views; instead you’re looking for a whale, and there’s far fewer of those than there are fish.

What I like about online video (and self-publishing in general for that matter) is that when someone clicks on content, be it a video, photo or article, they’re actually interested in the topic or content at hand. Spray-and-pray of broadcast television is inherently inefficient. A television could be turned on, and specific channel running at any given time – but who on earth really knows if that viewer in that room is really watching (they’re probably looking at their smartphone or laptop, or in a different room). On the other hand, when someone clicks the play button on a YouTube (or Vimeo, Facebook, etc) video, that person is engaged. We know that, because if they’re not interested they stop watching and close the tab, or click on over to Facebook, or Google News.

Loni Stark and I placed a strategic bet on online video for Stark Insider in 2009. We figured it was the next wave. If we could pull it off we could add personality, and, hopefully, engagement, in ways that were not strictly possible with just words. It’s been an eye-opening challenge. A fun one at times, and a brutally frustrating one at others. I wrote about some of my challenges in my Road to a Million Views series last year. But here’s some things I’ve learned.

2. Editing and production also matter – unless you’re recording a very, very interesting person, a train wreck, or on-the-ground news, a video really ought to be properly put together – after all, the viewer deserves it.

3. The ideal length for a YouTube video is about 3:00-3:30 minutes – that can vary, of course, depending on the subject matter, but remember attention span these days is fleeting.

4. Sound quality is critical – imagine watching Lawrence of Arabia or Iron Man 3 with hissy, crackling, echoing audio. The film would be god-awful, despite the beautiful imagery and spectacular effects. You might get views with lousy sound, but chances are you’ll get exponentially more with quality sound.

5. Taking the above points into consideration, the technology and especially the camera used to shoot a video are almost inconsequential. I love DSLRs because I can try to achieve a film look. In the end though, if the story is told right, it doesn’t matter if a video is shot on an iPhone, point-and-shoot camera, or, even (as I like to dream about) a RED Scarlet.

Dare to be different – be original.

I’ve made my share of mistakes. And I’ll keep doing so despite my best efforts. Every time I shoot, edit a video I’m trying (often too hard) to be different… I don’t want to be the same old. Why follow in someone else’s footsteps when you can blaze a trail? Granted, tt requires some nerves. Failure should be okay – I publish my share of “bombs.” When you make a video and share it with the world you’re putting yourself “out there,” for better or worse. I try not to fret about past videos. What’s done is done. Learn from them, get better, move on. But always, always try to do something original.

I’ve probably missed something, but these are just a few things I’ve learned over the years.

If you’re ready to work hard, have some fun, and engage an audience in a new way, online video is definitely worth considering. For me and Stark Insider TV it’s been quite an adventure. It has helped raise the web site’s profile, and it does result in new readership. Working on a video at 3am in the morning to make a deadline is not necessarily my definition of a good time, but each single view we get means some one, some where (though usually in the San Francisco Bay Area) has strong interest in the topic, and is watching your work. There’s no better feeling.