For all its detractors, Windows 8 (and now 8.1) is actually a very solid, very impressive operating system. Yes, Microsoft made some fundamental mistakes in its design–removing the classic start menu, merging the world of touch and the world of the desktop to extremes–and Balmer was surely slow to get the company’s tablet strategy (which was a major driver of Win 8) off the ground. But I find much of the criticism of Windows 8 of the headline-chasing, over-blown variety.

The latest comes from the venerable Washington Post, in Andrea Peterson’s “8 things I hate about Windows 8.1” rant which borders on ludicrous – by her account writing the article itself took her “at least twice as long” because of… Windows 8.1. What? Why not just blame Satan next time? Maybe it’s because hating only 7 things about Windows 8.1 wouldn’t have the same sweet ring. Look, I have nothing against the author. It’s the first time I’ve read one of her pieces. But I feel, again, this piling on is largely unjustified, and, often, just plain silly.

I feel this piling on is largely unjustified, and, often, just plain silly.”

I’ve been using Windows 8 on an Intel i7-powered desktop since the day the OS came out. Overall, I’ve found it superb. It boots blazingly fast (SSD hard drives help). It’s never crashed on me. And I still prefer Windows file navigation system interface and metaphor over Mac OS X (also a great OS). Yes–let’s get this one out of the way–Microsoft screwed up.

The start menu should never have disappeared. Huge gaff. Thankfully it came (sort of) back in the 8.1 update.

There’s also a not insignificant learning curve. Granted, the gestures take some practice. This is not your grandfather’s operating system. If you don’t like Metro, boot straight to the desktop (an option MS made available with 8.1). Same as it ever was.

Patience though, as I’ve discovered, pays off with an experience (on desktops and tablets) that is as enjoyable as it is productive. I still hope though that Microsoft adds a unified notification system in update 1 (or Windows 9) – it’s a huge gap. And, let’s agree: Microsoft has huge marketing and perception challenges ahead. I’d call it a Vista moment, but that would be unfair. Windows 8 is a far superior operating system compared to that 2007 bomb.

I have also been using an i5-powered Surface tablet. It’s the cat’s meow folks. Gestures took a while to learn. But once you know them, and get accustomed to swiping down to close an app, swiping from the left for multi-tasking and from the right to pull up the “charms” menu bar, it’s pretty glorious stuff. So effective are these gestures, in fact, that I find myself trying to use them when I’m reading on my iPad Mini. When it comes to browsing the web, I’ll take the Surface every day over any other tablet – the much-maligned Internet Explorer (the Metro version) works a treat on Win8.

So here’s my counter to the Washington Post rant. Not so much a giddy love-in with Windows 8 as much as a (hopefully) rational, slightly espresso-fueled response. After all, even Microsoft deserves a break every now and again.

Fine, you don’t need to. One of the things I love about Windows 8 is that it will sync your desktop across devices, whether they be desktop computers, laptops or tablets (but, alas, not Microsoft-powered smartphones, as they run that outlier called Windows Phone 8). To benefit from this feature, you need to setup (or use an existing) Outlook account. All your Metro apps, various settings such as wallpaper and colors, layouts are saved to the cloud. When I sign in to my Surface tablet, everything is immediately familiar – that’s because Microsoft syncs everything for me. It’s a great feature, and works without a hitch. If you don’t want to use it, you can login without an Outlook account without any issue.

You’re kidding right? Live tiles are one of Microsoft’s best design decisions. There’s nothing better than pulling up Metro and seeing, at a glance, all the latest news, weather forecasts, social networking updates, without the need to open any one app. It’s incredibly useful. Live with live tiles for a while and it’s hard to back – though I still love the versatility of Android’s widgets. The static nature of iOS, by comparison, feels antiquated. Just icons. No useful information. No real time updates, unless you hunt for them in the notification shade. Tiles are resizable, can be grouped at will and accommodate a combination of classic Windows short-cuts (I have several for Adobe Creative Cloud app for instance) and the newer Metro apps.

3. These Pretzels are Making Me Thirsty!

Washington Post says, “How on earth do I get to a desktop?”

4. The Start Button Makes a Comeback

Washington Post says, “What did Microsoft do to the Start Button?”

Good question! You and the rest of the free world are in this one together. So am I. Microsoft messed up. It will go down as one of the worst decisions ever made by any tech company on any planet. Fortunately, cooler heads prevailed, Microsoft did finally listen, and the Start Button returned with the 8.1 update. I agree that it’s still incomplete. What Microsoft should really do: Bring back the Start button like it was on Windows 7. Enough already.

5. Microsoft Gestures are a Winner

Washington Post says, “Why isn’t there an intuitive way to close apps?”

There is. Same as always. Click the red close button on the top right of any window.

If you’re closing a Metro app use the swipe down gesture. Yes, it takes about 15 seconds to learn. But the harmony and world order that results are epic. 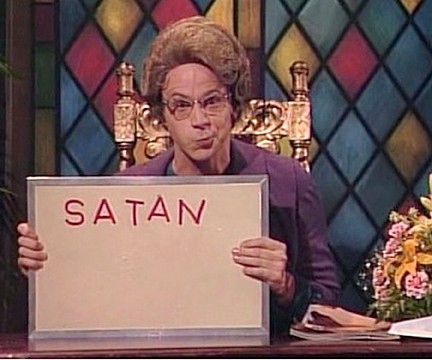 Washington Post says, “The calculator app has already frozen on me twice.”

Well shock and awe. I’ve never had the calculator app freeze on me, though, admittedly, others have from time to time frozen. Not often. About the same I’d guess as Android or iOS – all platforms have their share of apps that crash on any given Sunday. Beyond that, if you get a chance, check out any of the Bing Apps on a Win8 tablet. Finance, Health, Sports, News, Travel – these are among some of the most beautifully designed, useful apps around. Whoever designed these apps at Microsoft: kudos. Brilliant stuff. I have yet to find equivalents on other platforms.

8. And the Grand Finale – Pokes Eye With Stick

Washington Post, “It took me at least twice as long to write this post as it should have.”

And this: “two days in and I’m already planning to accelerate my Linux installation timeline.”