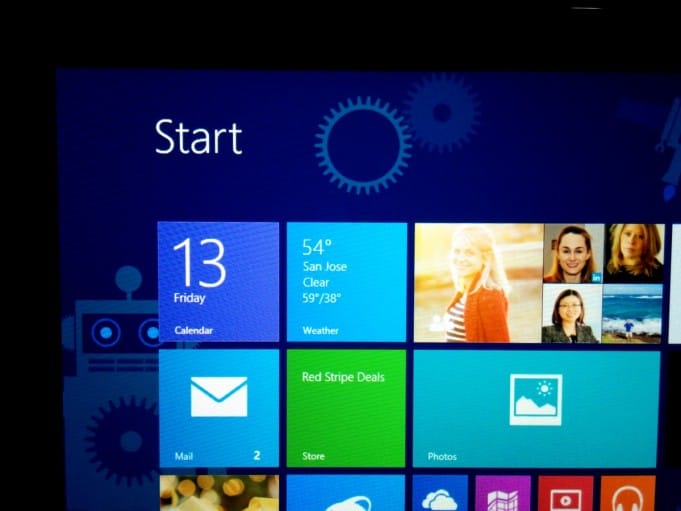 Windows 8 may very well go down in history as being the most reviled and (oddly) most loved operating system. Vista who? No question, Microsoft needs to get through this debacle as quickly as possible. Curiously, just as many die-hard supporters of the controversial new OS light up the forums as vocally as its critics.

Yet, among all the things that have been said and written about Windows 8–the disappearing and partially reappearing Start Menu, forcing touch on the masses, lack of Metro apps–I’ve yet to see anyone pinpoint a critical omission:

Where on earth is the Windows 8 notification system?

Sadly, it’s no where to be found. It does not exist.

Yes, there are notifications; small tiles slide across the screen (top right) for emails, texts and other apps that have been enabled. But notifications and a notification system are two entirely different things.

With Android, Google sets the gold standard. Notifications appear along the top bar of the device, be it a tablet or smartphone. By swiping down you can access all the key alerts you missed since last checking. Each can be dismissed with a quick flick, or acted upon by touching. With Jelly Bean Google added dynamic notifications. Now you can, for example, skip ahead a track on Pandora or on Sonos by tapping a button from within the notification shade – jumping into the app is not even necessary.

With iOS 7, Apple closed the gap. Finally its notification system is starting to look more than just a hodge-podge of afterthoughts. No doubt, designers borrowed a play or two from Google’s playbook. The result works. You get notifications on the fly, and you can also pull down from the top (familiar that) to see all the alerts neatly summarized.

Microsoft, though, is severely lagging in this area.

It might be easy to suggest the company has bigger problems. There’s the search for a new CEO. The ongoing debacle of Windows 8/8.1/8.2. The competitive throw-down that is the PS4/Xbox One death-match for living room supremacy. I’d argue that Microsoft is actually, contrary to oh-so-many negative headlines, in pretty decent shape. With the demise of BlackBerry, third place in mobile is theirs for the taking. Though late to market, Windows 8 tablets have proved quite decent. Very good in fact. Small 8-inchers have arrived on the scene. Tablets such as the Dell Venue 8 Pro, Lenovo Miix and Yoga 8 show tremendous promise. Flick around Windows 8.1 on the Venue Pro and you’ll quickly discover an OS that is fluid, pretty, highly functional. Depth of apps? Yes, that remains a challenge, though the gap is far worse than many believe (Flipboard recently launched a Win 8 edition).

And though adoption of Win 8 lags that of Win 7, let’s not forget the driving force getting consumers to open their wallets to upgrade in 2009. It was to get the hell off Vista… at any cost, and as soon as possible. In reality, given all the negative publicity surrounding Windows 8 and the strong performance and stability of Windows 7 it’s a miracle that the OS has done so well.

With the clever gesture-based navigation surely there’s plenty of opportunity to create a drawer or a shade of some kind that would consolidate all the action–Twitter, Facebook, Emails, Texts–into one place. Live tiles are great, I love them. Using them in some sort of contextual floating menu or pull-out could really impress and help make Win 8 a more useful communication platform.

The most important aspect of my mobile life is to know what’s going on. Notifications are the best way to find out, with a simple glance, what’s happening in the world around me–whether it’s breaking news, an update from a friend, or a text from my wife. My Nexus 5 is pure genius all around, and, once again, Google proves it understands the importance of keeping us dynamically updated. Google Now is the logical progression…

Notifications = what has already happened.

Google Now = what is about to happen.

Microsoft has a lot of battlefronts to address. Until it rolls out a real, integrated notification system, one that can go toe-to-toe with the best of Google and Apple, it will be hard for it to take away serious mobile share.