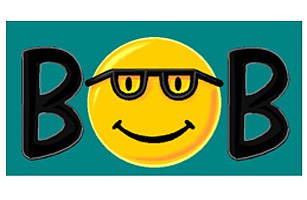 It looks like Microsoft is about to put the Windows 8 fiasco behind it as soon as humanly possibly. Word is at its upcoming developer conference (“Build” in April) reps will talk primarily about “Threshold”, the code name for the rumored next rev of the operating system due to land in 2015.

Microsoft is no stranger to launching operating systems that disappoint, even repel users (Microsoft Bob, anyone?).

That’s not really a surprise. No one should realistically expect a company that’s been around since Alf to not have a few misses along the way (and Apple is far from off the hook in that respect). There’s probably some sort of Star Trek-like naming game that can inform what OS releases will hit — it also looks like odd release numbers are a sign Microsoft will get it right, with Windows 7 being the most obvious and recent example.

Marketing and branding are interesting beasts. Consider Windows 7. That release followed in the footsteps of the disastrous, seminal operating system known as Vista. Yet, Windows 7 was ultimately the (finally) bug-free and updated version of Vista with a bit of fresh paint thrown on for good measure. That lesson taught Microsoft something:

RT confused the heck out of everyone. The first question a Microsoft Store rep had to answer was: What is Windows RT?

Once consumers get a bad taste in their mouths about a particular brand then the task to restore trust and confidence is monumental; even if it’s not fairly deserved, such as the bogus “unintended acceleration” lawsuits targeted at Audi in the 80’s.

And so it goes with Windows 8.

This is actually a darn good operating system. Really good. It boots quickly, is rock solid, and the ultimate interpretation of the original windows-based/point-and-click metaphor. Well, except for one thing. Metro. Microsoft tried to appeal to both sets of users, those on tablets (touch-based) and those on desktops and laptops (predominantly mouse and keyboard-based) by mashing up the needs of two different user bases into a one-size-fits-all mentality. Yet, they were so close. Microsoft should’ve tuned Windows 8 for specific users. For the desktop world, it should boot to the desktop, have the start menu we had all become accustomed to using. For the mobile touch world, bring on Metro. And for the hybrid market – those that switch between Metro and desktop (like I enjoy doing) –  a Windows 8 that looks similar to its current incarnation.

It’s worth noting that Apple took a markedly different approach.

Mac OS X is not touch based. It runs on desktops and laptops only.

iOS is touch based. It runs on tablets and smartphones only.

In other words, they followed the creed of George Costanza, and, indeed, the two worlds did not collide.

Microsoft, for all the hits it has taken in the media over the last 12 months or so, had to take its medicine. Windows needed a refresh – one that would position it well for the non-PC world. There’s no shortage of short-term pain, but in the end the whole thing might just work out for the better. Those that want a touch-based laptop or desktop have only one choice: a device running Windows 8. Microsoft differentiated itself in a crowded marketplace. With Windows Phone it does have a separate platform, but that battle is not exactly faring well (though the demise of BlackBerry helps Microsoft easily lock-up third place in the mobile race).

So, what is Microsoft to do?

1. RENAME WINDOWS AS SOON AS POSSIBLE

Windows 9, here we come. Whether or not Microsoft continues with numerical naming, or chooses something different (based on history it might be time for a non-number release), the key is to erase our collective memory. Windows 8 who? What? Again, this is about perception. The next release is, of course, a polished, tuned version of Windows 8, but just like Audi had to can the “5000” moniker, Microsoft needs to clean the slate.

One size does not fit all, good sir.

Mobile users will prefer touch-based interfaces. Give them Metro – and for the mainstream forget about giving us full-blown desktop on a Windows 8 tablet. It’s cute, but pointless.

RT confused the heck out of everyone. The first question a Microsoft Store rep had to answer was: What is Windows RT?

Then, what do you mean I can see a desktop, but can’t run desktop programs… so it’s Windows, but not really Windows? Arm, what? etc.

I really think Microsoft needs to unify Windows across all platforms: desktop, laptop, smartphone, tablet. I’m not sure it’s technically possible yet given, though Bay Trail suggests we’re close to getting full blown Windows running on a smartphone – the Intel processor powers Win8-based tablets such as the Dell Venue 8 Pro and Lenovo Miix 2 brilliantly well.

At the point of sale, we’ve made the decision to buy a tablet, for example, instead of a laptop. Don’t make it even tougher by asking us to make more decisions (such as RT vs. Windows).

4. WINDOWS AS A SERVICE

By giving away the Windows 8.1, Microsoft perhaps gave us a clue: The company is ready to effectively compete against Google’s Android and Apple’s iOS. It’s the service. Not the software.

It’s a chicken and egg problem.

App stores need apps. But, to get apps it needs developers. Developers will only develop for stores with apps. Consumers will only buy devices that have quality (and quantity) of apps in the app store. And on and on.

There’s signs the Microsoft app challenge is less severe than even twelve months ago. The store now has marquee apps including Netflix, Flipboard, Facebook, Twitter, New York Times, CNN, Zinio, Next Issue and some quality game titles too. The best thing Microsoft can do is make developing apps for its platform extremely lucrative. That’s means lots of love; which, of course, means lots of money.