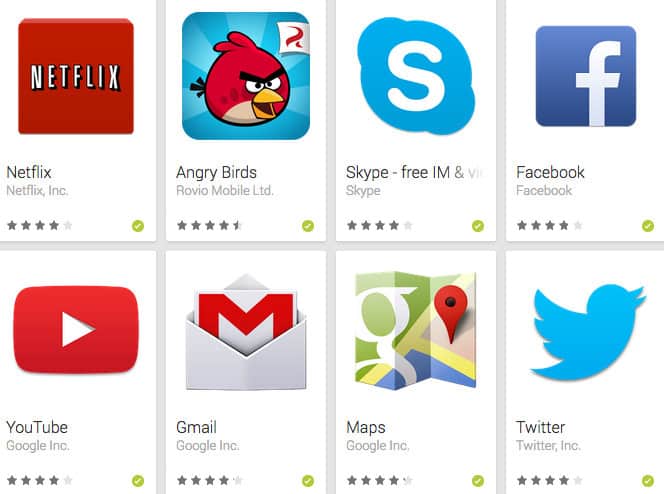 In a sign of what might come–could Apple’s huge head start in mobile with both the iPhone and iPad be going up in smoke?–more developers are now choosing Android as their primary development platform. According to a new report 34.4% choose Android. 32.7% opt for iOS, while a scant 4.5% use Windows Phone. Blackberry 10? Best not to even go there.

The mobile platform race is definitely a two dog race between Google and Apple. That we’ve known for years now. But the full story is not as clear cut. Developer Economics, who released the report which includes data from Q3 2013, notes that loyalty remains highest with iOS. “Whereas Android has 4x times more devices shipping and a significant lead in Mobile Developer Mindshare, it lags behind iOS in terms of Android developers using it as their lead platform.”

One factor not explored in the report: revenue.

Reports have consistently suggested that iOS with its highly trafficked iTunes App store is the best money maker. In fact, 2013 was its best year yet raking in over $10B in top line revenue from app purchases. Oddly, despite a larger install base, Android lags when it comes to sales. VentureBeat recently noted that Apple pulls in just over $5 million a day in App purchases versus only $1 million for Android. That’s a 500% delta. The Google app paradox–more devices, but less app sales–perhaps reinforces that the quality of the products (the apps themselves) are better on iOS. Or, at the very least, apps are better marketed, less prone to malware (even if only based on perception), and more compatible with a broad range of devices (fragmentation hurts Android here).

While Apple was first to market, creating the very two markets it would dominate early, first for the smartphone (iPhone, 2007), and then the tablet (2010, iPad), it has given up increasing share to competitors. Google, it appears, is increasingly willing to compete based on price. The Nexus 7, one of the best tablets on the market, starts at only $229. The iPad Mini, the most obvious competitor (though slightly bigger with an 8-inch display), is pricier at $299 – the retina might be a more apt comparison given the resolutions are comparable, and that would mean a hard to swallow price point of $399. Just this week Google unveiled a Play edition of the Moto G, a dirt cheap, but quality built Android smartphone. At just $179 with absolutely no strings attached, and no carrier commitment, it’s a screaming bargain, and could put pressure on Apple, Samsung and others in 2014.

And what about Microsoft?

It’s tougher to evaluate their state; though we know, without question, Microsoft is a distant third place. It gets trickier to measure developer mindshare, however. Unlike Google and Apple with Android and iOS, respectively, both dedicated, single platform mobile operating systems, Microsoft has two platforms used for mobile devices: Windows Phone (used in smartphones made by Nokia, HTC, others), and Windows 8.1 (tablets). Adding confusion to the matter is Windows RT, the ugly duckling. Include it in the mix and Microsoft has three different operating systems. If Microsoft could somehow get Windows to run on smartphones, and pare down its platform to just ONE operating system, it could do itself and its developer community a huge service. Whether or not that’s technically possible (isn’t anything?) I’m not sure, but strategically it makes perfect sense.

It will be interesting to see if Samsung, as rumored, does indeed launch its own mobile OS. I suspect the market would not support it, at least not in North America. We tend to like choice A or choice B. Diet Coke or Pepsi Cola? McDonalds or Burger King? Ford or Chevy (okay, or GM)? Katy Perry or Justin Bieber? Crest or Colgate? And, of course, the defining question of the 21st century: