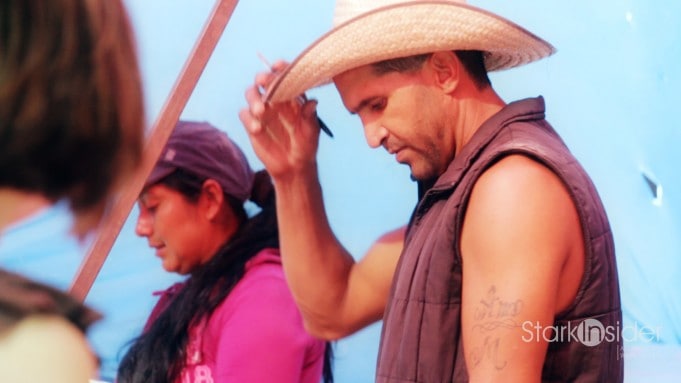 Team Stark is on the ground in the Baja filming new Stark Insider TV episodes. 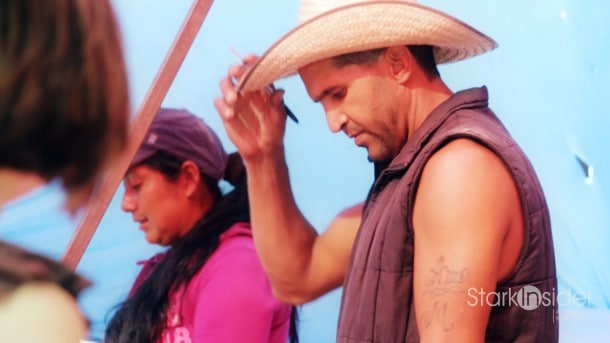 Seven years later, and I’m still amazed at the progress, the people, the culture here in this little seaside village along the Sea of Cortez. In my estimation it would be tantamount challenge to find a more inspiring spot in the world than Loreto. Likely, you’d count them on one hand. A lot of that has to do with the blue sea to the east that separates the Baja peninsula from mainland Mexico. Jacques Cousteau famously called it “the world’s aquarium.” The moniker stuck, thanks in no small part to the abundant marine life–over 5,000 species including dolphins, humpback whales, manta rays, sea turtles, yellowtails. Drama imparts the region courtesy the Sierra de la Giganta mountain range that runs along the spine of much of Baja California Sur (BCS), the southern state. Less scorching moments here could even remind one of Vancouver’s landscape; North Shore Mountains loom, while the Pacific and inland waterways shimmer in the foreground. Though, the comparison would end there. Loreto has no Starbucks, no rail transport, and, so far as I can tell, no NHL franchise.

Back then the real estate boom was frothy froth-froth.

In 2006, we threw caution to the wind and bought a small casa in a development twenty minutes out of town called Loreto Bay.

Back then the real estate boom was frothy froth-froth. We flew from San Francisco for a sales junket. We saw sand. Some floor plans. And a few models. The rest was vision (and mucho gusto). A bold one at that. The original developer David Butterfield envisioned a sustainable development, one with estuaries filled with sea-life, walkable European-inspired neighborhoods, and Adobe-brick open-air village homes. The project was massive in scope. 5,000 homes were planned across multiple phases. A “Beach Club”, Paseo with shops and cafes, and hotel-like room service including food delivery to homes (via a “High Guy” enclosure next to the front door) were just some of the unique and grandiose ideas that we learned about as we sipped a margarita, listening to upbeat pitch after upbeat pitch. 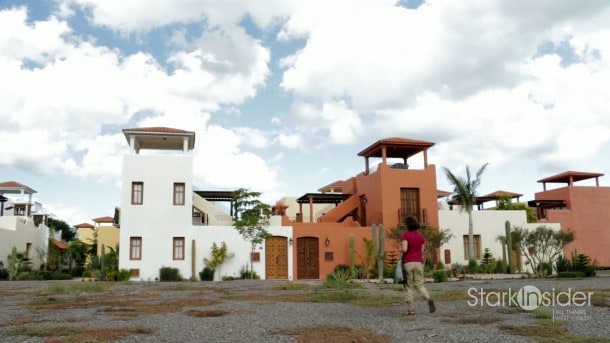 That world would come crashing down. In 2008 the real estate market crashed.

A few years later, Homex, a Mexican builder, bought some of the assets. And, just this year, Carlos Slim stepped in. If you haven’t followed the Baja travel section of Stark Insider over the years you can read in more detail the trials and tribulations of a community, working hand-in-hand with locals, doing all it can to keep the dream alive. Social media has something to do with that. In 2009, we formed Club Loreto Bay, an online community for home owners. Now, home owners—from Calgary and London to New Zealand and Portland—could level the playing field. Communication in those early days when the development was on the verge of complete collapse was essential. It was an eye opener; that the power of social media to effect real on the ground change was a reality.

All that to say we are here, in Loreto, Baja California Sur, on a working vacation. It was about four or five cameras ago when I first encouraged Loni Stark to step in front of the lens and shot various (silly) YouTube videos in Loreto. Back in the day I was using a Canon Vixia. Then I made the move to DSLR, a game-changer. So it went T2i, then a 60D. And, now a 70D. Yes, that’s how I think. It wasn’t 2010. It was when I was shooting with Canon T2i! 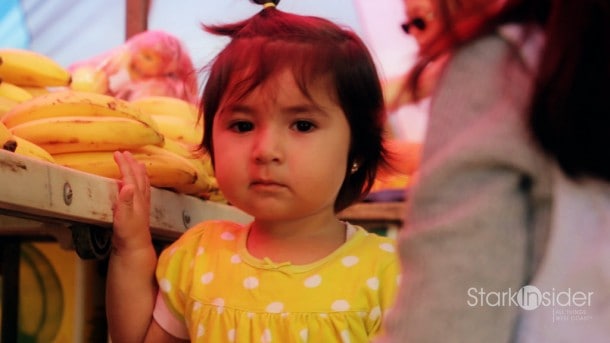 I thought I’d share some of the outtakes, and b-roll of some of the Stark “dailies.” Google has yet to install their high-speed fibre network here, so that means an otherwise 5-minute upload back in San Francisco takes 2-4 hours. No worries, the salsa is to die for. As are the views.

Someday soon I’ll be down again with Blackmagic Cinema gear in tow. For now I’m shooting these segments with the brilliant Canon 70D – with an amazing auto-focus system it’s really superb for run-and-gun and capturing documentary style footage.