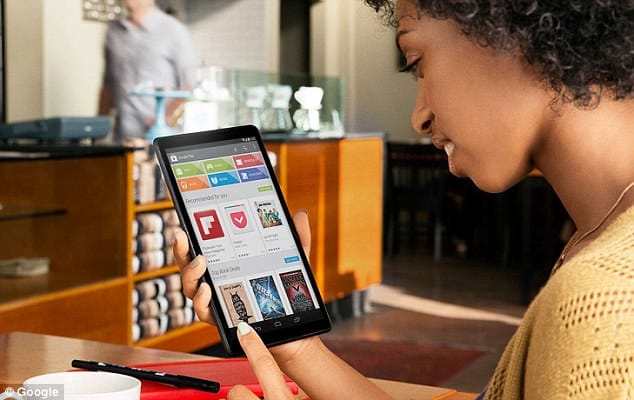 If you follow the soap known as Android then by now you’ve seen this photo: 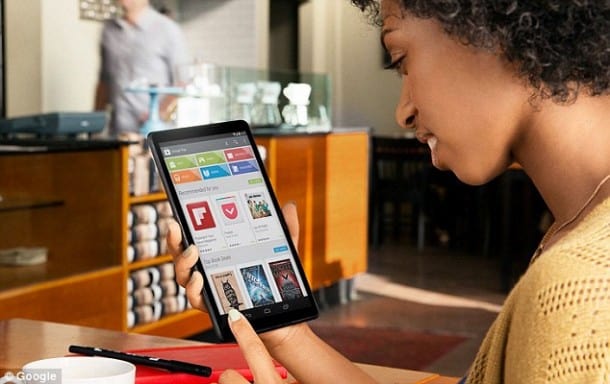 That tablet the model is holding is either (a) a leaked (of course) photo of an upcoming Nexus 8 tablet; or (b) a poor photoshop of an image place on top of the existing Nexus 7.

Regardless of the truth (and I’ve been told it’s out there), it seems people have strong opinions one way or the other.

Even if it turns out not to be a tip of the hat, Google should by all rights make a Nexus 8. No doubt. The market has spoken. And the iPad Mini, with its 7.9-inch screen, has proven the case. Consumers love the 8-inch form factor. If we’ve learned anything over the past twelve months, it’s that 8-inches is the new tablet sweet spot. Dell, Amazon, Samsung, among others all have dogs in the 8-inch race. And even with an original price tag of $329 (almost 50% more than Google’s Nexus 7) buyers flocked to the iPad Mini. Why? Yes, I think some of that interest has to do with the fact that the Mini is Apple’s cheapest tablet. But Apple buyers in the past have not shown themselves to be a price sensitive lot. When it comes to price, Apple generally gets what it wants–premium design affords that luxury. That me changing of course. At the most recent keynote, CEO Tim Cook and team continually trumpeted price reductions as selling points. This is so not 2007!

An 8-inch screen is just right

Many complain that 10-inch tablets are too large. Though they can be great for movies and games (so long as you can prop them up on something) they’re far than ideal for reading. Conversely 7-inch tablets are convenient, but just a bit on the small side. The screen, for example, on a Nexus 7 or Amazon Kindle Fire 7 can feel cramped when running Flipboard or browsing. Ask someone who has iPad Mini their favorite feature, and nine times out of ten (far from scientific, folks) they’ll mention the small size.

Google needs to play in this segment

Amazon has the Kindle Fire 8.9. Apple has the iPad Mini. While neither model is exactly 8-inches, they are close enough to illustrate that a market exists for a mainstream tablet sized between 7- and 10-inches. Google has zippo in this segment. True, the Nexus 7 is a ringer. Lovely kit. But many will find the screen too cramped, too narrow. Those buyers will look to either Amazon or Apple for their tablet fix.

It’s the laptop market circa 1997, all over again…

There was a time Toshiba ruled the mobile land. That was back in the 1990’s. If you wanted to buy a laptop, Toshiba would be at, or near, the top of your list. MacBooks did not exist. The PowerBook bowed in 1997, but it would take years before Apple would perfect the laptop formula–and perfect they would.

In the early days, mainstream consumer laptops used to come in one size: 14-inches.

Then, someone realized graphics artists, gamers, video editors would appreciate more screen real estate. Hence, the 15-inch laptop came to be, soon to be followed by larger 17-inch rigs.

But what about travelers?

Hang on a second, these are too expensive! We need low cost offerings…

Laptops and netbooks flooded the market at a dizzying array of price points and sizes.

That same cycle has already started with tablets.

First, with the intro of the Apple iPad (2010) the world learned about the modern tablet form with a 10-inch screen.

Then, Android-powered tablets would first appear in smaller form factors. Google would beat the competition to the punch with the Nexus 7 (2012). It sold like gangbusters. No wonder: $199. Are you kidding me?

Apple would forgo a pure 7-inch play. The iPad Mini (2013) was, for all intents and purposes, an 8-inch tablet. It too sold like gangbusters, even at an original price of $329. In the last quarter 60% of all iPads sold were Minis.

So, now at the end of 2013, we find ourselves at the beginning of the great tablet expansion. Now is a good time to use a word like “proliferation.” Expect a major proliferation of tablet sizes, prices, designs. The tablet market is expanding to accommodate various needs and interests. The mainstream media consumer might be served well by an iPad. But artists might need something different. So too musicians, or on-the-go office workers. Apple might believe a few models can serve the majority of interests. They might be right about that. But as we saw with the laptop market–and I think it’s the perfect analog–expect consumers to demand products specifically designed to address their needs.

This holiday season 8-inchers are the Mr. Potato Heads, the Cabbage Patch Kids, the hot rocks, the Furbys…

All that to say: Google Nexus 8. It needs to happen. And soon.