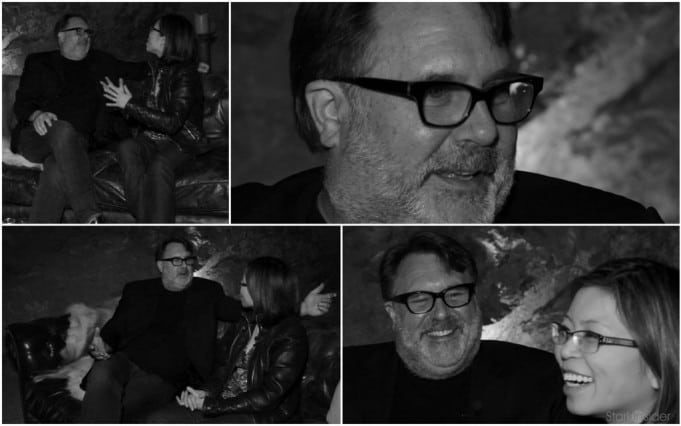 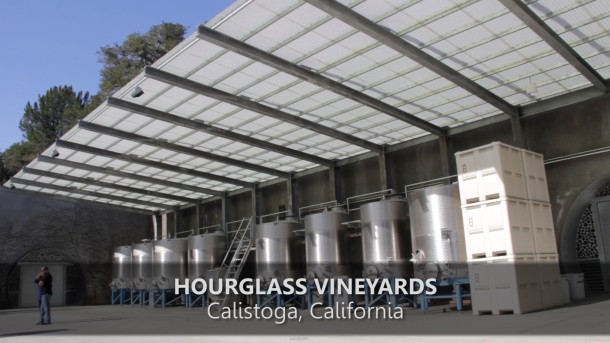 I went down, down, down (to Napa) … and the flames went higher.

So what do you do if you stumble across a few extra sticks of dynamite left over from your cave excavation? Why you blast a new room of course. Then you call it the “library” and furnish it with all manner of interesting furniture and fixtures. And lighting? Candles will do the trick.

Jeff Smith and his team at Hourglass Vineyards did all of that and more back in 2009 when building the new “agro-industrial modernist” facility at the Blueline property (located on a small hillside off the Silverado Trail).

“Essentially we’re sitting underneath the Vaca mountain rage,” he explains to Loni Kao Stark in this interview. “This is a very intense, fractured bedrock that got pushed up out of the ocean floor.”

During Premiere Napa Valley the winery recently hosted in the cave one of the best discussions on terroir that I’ve yet attended. A lot of that had to do with the powerhouse panel they assembled which included Tim Mondavi (Continuum), Jeff Morgan (Covenant, Peter Paul Wines), Beth Novak Milliken (Spottswoode), Aaron Pott (Pott Wine, Blackbird), David Ramey (Ramey Wine Cellars), Benoit Touquette (Realm Cellars), and, of course, the ever gregarious host that loves (and I mean loves) to discuss all things AVA, and terroir. 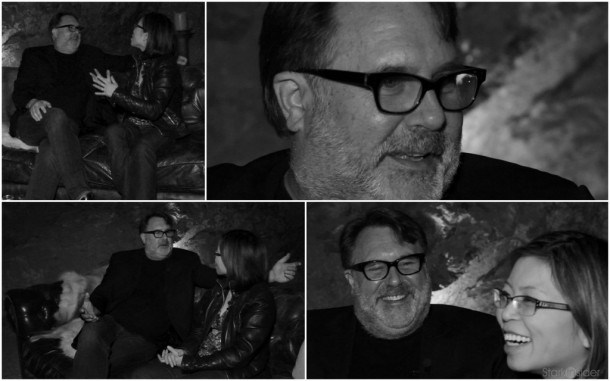 One of the more interesting aspects of the discussion related to the politics surrounding how AVAs get defined. It’s never easy. One AVA famously had to be re-drawn to accommodate the parking lot of a Home Depot – so the story goes.

In this special Stark Insider TV wine country segment, Jeff Smith invites us to tour the new wine cave. Discussion quickly turns to trends in the industry. “Terroir will continue to be big. We’re still in the early stages of trying to figure this out,” he notes.

There’s certain things you learn about your personality when the dynamite comes out.

We’ve been asking many in and around Napa and Sonoma their thoughts on the ever controversial 100-point scoring system made famous (infamous?) by The Wine Advocate’s Robert Parker. We’ve filmed perspectives on the matter from several of the industry’s most recognizable names, both in traditional and new, social media including Cathy Corison (Corison Winery – watch her interview here), Twitter guru Craig Camp (Cornerstone Cellars), the flamboyant Jean-Charles Boisset (Boisset Family Estate), and Merry Edwards (interview filmed during the Napa Vintners Hall of Fame Induction), among so many other who love to play armchair quarterback.

With the surge in so many alternative sources of wine criticism, especially elevated by wine blogs, and social networks such as Facebook and Twitter, many predict there is a sea change afoot. Maybe, scores won’t move markets. And maybe, so it goes, the great Wine Wall will crumble. Enter: wisdom of the crowds. Maybe.

Jeff Smith has some interesting thoughts on the matter… (“It’s a very flawed system, we understand that.”) but I don’t want to give everything away. Watch for yourself as Loni tours the new Hourglass Vineyards winery and wine caves in Calistoga. CAUTION: Explosive fun ahead!