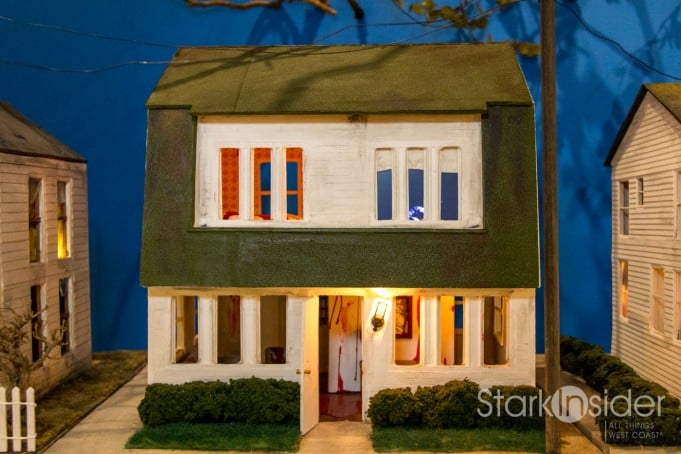 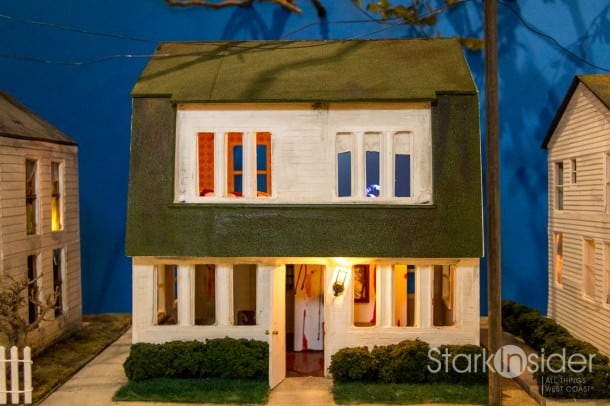 In 1984, Madonna’s Like A Virgin sat atop the charts, and a cultural phenom named Freddy Krueger was about to take MTV by storm. Before that wise-cracking version we came to know so well took to the airwaves, guest hosting video shows in sunglasses, and before all the mediocre sequels, the non-commercial Freddy was introduced to us in the horror classic A Nightmare on Elm Street. He played for keeps.

Those who didn’t ride the horror wave in the 80’s may be surprised to discover that the original Freddy was quite the hardened dream slasher. No Roger Moore-like punch lines here. Instead, the bastard son of a thousand maniacs eschewed jokes in Nightmare in favor of a good old fashioned blood soaking. Exhibit A: Tracey Snelling’s miniature version of that very house on 1428 Elm Street. America would come to associate it with razor blade fingers, a red and green sweater, the blurring of reality and dreams, and sleepwalking.

Wes Craven created a fantastical horror experience with Nightmare, forever changing the genre. It was still small-town America, and just like John Carpenter’s Halloween (1981) white picket fences lined the streets, and a gentle breeze stirred the trees. Except there was one key difference: this guy could get us in our sleep. Oh, snap. That’s a new one. Craven says in one of the featurettes that accompanies the box set that he was inspired by a true story he read in the LA Times about Cambodian refugees who refused to sleep. Some died from Asian Death Syndrome.

Audiences soaked it up, and a franchise was born.

In my estimation only parts three and seven even remotely approach the highs of the original. Re-watch the latter, and you’ll find the seeds for another Wes Craven mega horror hit: Scream.

Movie trivia buffs probably already know that this film, which would go on to take in almost 15x its budget at the box office, was the launching pad for a young, unproven actor named Johnny Depp.

Yes, there are several gory deaths. But, this is an intelligent horror film that doesn’t merely line-up its victims for ritual slayings. Teens here are resilient, and fight back.

Figuring out how to “battle” Freddy, either by attempting to avoid him altogether (caffeine!) or banding together in dreams to turn the tables on him, becomes an interesting thread across the series.

Here’s a short video clip featuring 1428 Elm Street that I put together thanks to Tracey Snelling’s art installation “Last House on the Left” (which is now showing at the San Jose Institute for Contemporary Art). If you watch the 1984 film, there’s a neat little trick the filmmakers employed to create that wild blood ride that ends up in a girl’s very bloody, very shocking death. The room on the set was rigged to completely rotate. That’s how the actors were able to literally bounce off the walls.