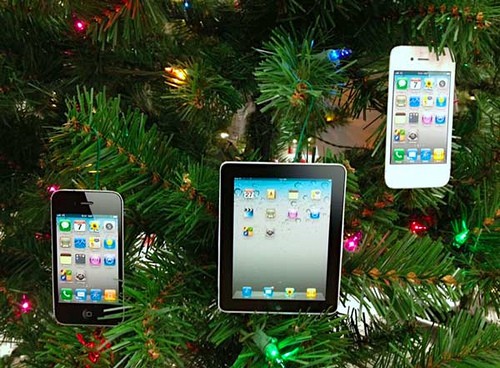 It was indeed a Christmas miracle for both Google and Apple.

17.4 million iOS and Google Android devices were activated on December 25th. That’s up 332% compared with the average of just 4 million from Dec. 1 through Dec. 20.

Activations surpassed the previous record of Christmas Day 2011 by 2.5 times.

More telling perhaps is that for the first time according to data from Flurry (an app analytics company), tablet activations outpaced led all mobile devices with 51% share. Still, smartphone use on a daily basis typically outpaces tablet use by a factor of four-to-one.

“On this Christmas Day 2012, more iPhones, iPads, Galaxy’s, Kindle Fires, and more, were activated than on any other day in history. Moreover, as soon as we could tear the wrapping paper off our cool new devices, we started downloading a record volume of apps,” wrote Flurry.

Meanwhile as new users unwrapped their new tablets from Santa, throughout the day app downloads measured a remarkable 20 million downloads per hour. By day’s end, over 328 million apps had been downloaded.

Still no word on how Santa fit all those devices into his sleigh.