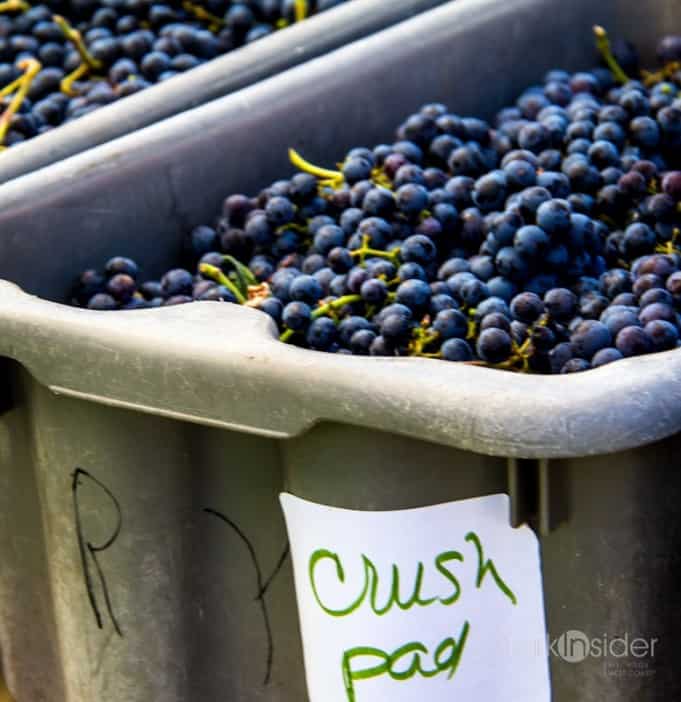 “People drink wine the way they feel about the future and the economy.”

If the saying holds true, it looks like the wine economy continues to show marked improvement, especially in the over-$20, premium segment.

Napa Valley Grapegrowers gave us an update today on the 2012 harvest. Speaking from the Odette Estate (planted in 1963) in the Stags’ Leap district, vintners, managers, and owners talked about climate, yields, and timelines. Aside from the occasional loud back hoe, and truck that temporarily drowned out the proceedings  (“See, this is not staged!”) we were able to capture most of what was said on this chilly, overcast morning in the Napa Valley.

Though Napa only represents 4% of the grapes harvested in the State of California, the update at least provides a regional glimpse into one of the world’s most important wine growing regions, and what we can expect from this year’s vintage.

“We had about twenty-six inches of rain, mostly in the winter months,” said Amy Warnock, viticulturalist, Stagecoach Vineyard. “It allowed us to control growth. 2012 was a relatively dry, warm year.”

The consensus is that harvest is tracking about two to three weeks ahead of previous years. “We’re hoping that translates into earlier pick days,” added Warnock.

A Grape Time in Sonoma (Plus: “We’re living in a moment of danger!”)

No fine wine for you, you damn populist pig!

“Last year vine picks for Chardonnay was September 30 – and given the cooperative weather most are starting this week or next. Most have already been picking daily for sparkling wine.”

“The grapes aren’t in the barn yet, but it’s looking good,” said John Conover, general manager for PlumpJack, CADE and Odette. “I’m very optimistic for this year.”

“Wine sales are strong. And that is translating into demand for grapes,” said Jon Ruel, president of Trefethen Family Vineyard.

On the use of technology – an increasing theme that once again came up at today’s press conference.

“We’re much more excited about our ability to collect information. We have over 22 probes in the soil that measure real-time information. It really allows us to make better decisions.” 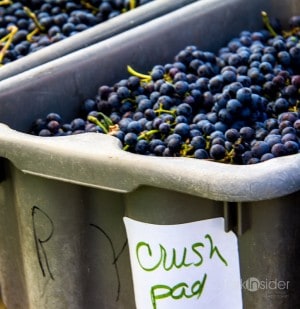 “Sorting technology is moving to the vineyard. I think that our industry continues to depend on vineyard workers, there’s no way technology can replace that. You need to think about that vine in front of you, and which part comes off,” he added.

“We’re going to have strong demand in the next three years.”

“It has made for cheap money, which is financing growth. Our Pinot Noir business is growing. If you talk to a lot of growers, there’s a lot of demand for smaller tanks, which is an indication of quality,” said Wilkinson.

And financial difficulties appear to be subsiding.

Wilkinson: “You hear in the stock market that markets are very efficient. Something that’s cchanged in this valley and across the world, people are now supplementing their vineyards with bulk grape. That is both raising bulk juice prices, and grape prices. We have about 75 clients, and many are increasing their buys at higher prices.”

Ruel: “There was a lot more buying activity in the early season. I’d say it’s average to average plus. It depends. Savignon Blanc might be lighter than some would hope.”