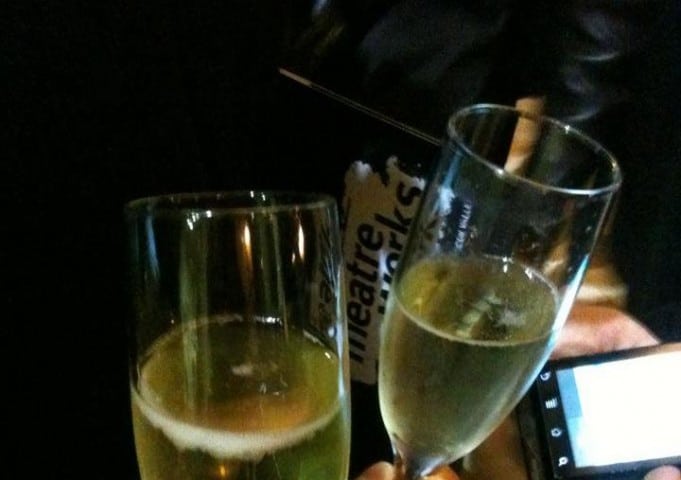 Update 4.4.2012: Marin Theatre Company has a great suggestion. The idea is that we introduce attendance or a similar variable into the social index. I agree. With that information we could attempt to normalize the data you see in the table below. Simply ranking organizations using absolute Twitter Followers and Facebook Likes is, of course, slightly asinine – a favorite jaunt of mine. I’ll definitely look at ways to evolve (i.e. mature) this process as we go along; though I still believe the trends here help us to at least partially understand what’s happening in aggregate when it comes to social media activity around theater in the San Francisco region. Your continued suggestions are monumentally important, so please keep them coming. Oh: #PlayOn.

@MarinTheatreCo Thanks for suggestion! I might need mainframe for forthcoming computation. But: how to get avg. attendance #s?

Exactly one month has passed since we last updated the social media scorecard for theater here in the San Francisco Bay Area. The report is a roll-up of Twitter followers for major theater organizations across the region.

Of the 16 theater organizations we’re tracking, on average Twitter followers increased 12.5% month over month. Theaters with the largest growth in followers include SF Playhouse (23%) and Marin Theatre Company (53%).

Overall, Berkeley Rep continues to lead with 2,794 Twitter followers, and 5,591 Facebook likes. American Conservatory Theater (A.C.T.) and Magic Theater round out the top three when it comes to pure numbers (as opposed to active engagement).

I’ve long suspected that actual engagement with patrons (not amongst industry folks) is stronger on Facebook than it is on Twitter. That’s just a personal hypothesis. As we continue to update this scorecard through the year, I plan to calculate some sort of social index rating. Not sure how I’ll derive it, or if it’ll mean anything significant, but I’ll give it the old heave-ho. And, as usual, if you have any thoughts or suggestions, please tweet me, FB me… heck, even Instagram me.

To measure the level of social activity around theater in the Bay Area.

What does that mean?

We’re trying to determine if social networks — predominantly Twitter, Facbook and Foursquare too — result in measurable ROI. The conversation about a show or play starts well in advance of the curtain or previews. Eventually we want to put our arms around who is talking about it, how often, why and with whom. Ensuing opinions and reactions likewise continue on social networks well after a performance concludes. It’s only natural that this new wave of direct consumer engagement become a priority for the arts, just like it has for the wine, tech, restaurants, etc.

I started this project at the beginning of 2012. With a few months of data, we can start to observe patterns and trends. It’s important to note that Twitter Followers and Facebook Likes are mere static indicators. They don’t represent actual conversation or engagement. At least, though, with this scorecard we have a starting place based on numbers. Eventually I hope to integrate data from other, more advanced social reporting tools that will help us discover how (and if) social networking is impacting the world of theater.

Obviously this report is far from comprehensive. At this point, 16 organizations are represented. I continue to add any performing arts venue (as long as it has a theater component) that reaches out to me. Over the year we’ll examine the results, hopefully start a dialog about what works, what doesn’t when it comes to social media and theater.

I want to get social!

Updates? Email me or message me. But whatever you do, don’t dare call me.