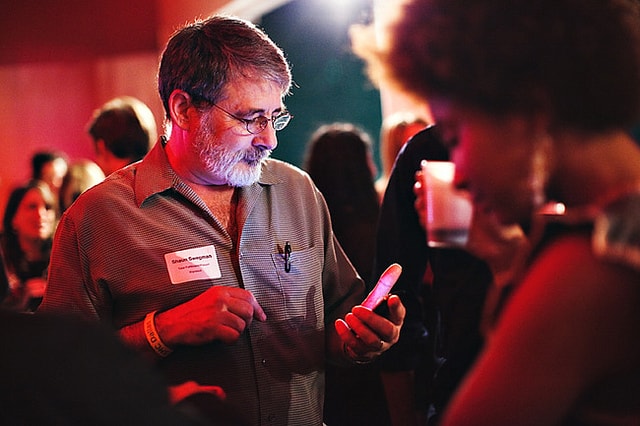 I hesitate to call this a scorecard since that connotes some sort of competition, which clearly theater and social media are not about. Nothing could be further from the truth. Maybe “collaboration” or “engagement” report would be more appropriate. Do let me know what you think. Regardless of what we call it, here comes the monthly social scorecard for San Francisco Bay Area theater.

This is the second time I’ve rolled up the number of Twitter followers for theaters across the region (everywhere from Berkeley down to San Jose, and over to Palo Alto and up to San Francisco, going as far north as Marin). In the first installment I used the word — the none-to-well-received word — “finally” to declare that anecdotally at least there was a marked up-tick in social media action at the beginning of 2012. We’re seeing more critics, more theaters more fans, more artists interact on Twitter. Of course there have been early troopers, who blazed a theatrical trail 140-characters at a time, but in terms of trends there’s no mistaking we’re seeing increased volume. This was partly the goal of these monthly scorecards: to put some quantitative teeth behind my assumptions and casual observations.

Before we get to the numbers, I thought I’d share my thoughts and perspectives on a few things. You may nod in agreement, or smash the nearest Ryan Seacrest bobblehead; either is fine with me… I’m all ears and tweets. If there’s one thing we can likely all agree on is this: Social media has had a profound impact on society. The game, as they say, is changing. Everything. Politics (Obama hung out on Google+), Sports (should NFL players be allowed to Tweet from the sidelines during a game? how about on the field during a play!?), Tech (another iPad 3 leak), and even… natural disasters (tornado watch) which is actually closer to the original application of the SMS short code service on which the Twitter concept is based.

When it comes to social media, numbers matter, and they also lie.

Lady Gaga has over 19 million followers (that’s about 19 million more than me). Does that matter to an advertiser. Surely. Monumentally so. She has a legion of fans ready to buy a product she recommends (her album), or eat at a restaurant she frequents, or buy that pair of shoes, etc. Her influence is huge. The numbers do matter. And Scion would pay handsomely to get to those prospects.

On the other hand, marketing is not necessarily about quantity.

We also need to think about target markets, the quality of prospects, and niche markets. For example, would it make sense to try to sell a Bentley to the teenset following Miley Cyrus? Probably not, even though 5 million followers is impressive, their budgets are likely more in line with, well, a Scion. Nothing wrong with that – it’s about aligning consumer preferences to the right offer.

This scorecard is a roll-up of theaters only. Behind each of these handles is a person, or a group of people responsible for giving that theater an active voice. I’d include artists, directors, critics, and patrons of the arts alike, but at this point I’m a team of one on this project.

In coming months I’m going to add Facebook to this discussion. When we announced the SFBATCC nominations last week, we received an incredible amount of traffic on that post, not many comments (1 in fact), but a decent amount of social activity – crazy low by tech standards (Android HTC One X kids!) but way above average by theater standards. What’s interesting is that if you look at the social count, Facebook outpaced Twitter, 74 likes to only 17 retweets on that particular Stark Insider post. Over the past three years that we’ve covered the theater scene here, I’ve always felt that the community has had stronger presence and engagement on Facebook. Probably for a few reasons: (1) most of us likely had FB accounts before Twitter; (2) our closest family and friends are on FB and we feel comfortable talking openly on FB as opposed to the fish bowl that is Twitter; (3) conversation — the essence of theater, yes? — is easier to have on FB. So for all these reasons (and many more I’m sure), and because Facebook has over 800 million users I’ll be adding it to the scorecard next month. It will be interesting to track Twitter vs. Facebook growth over time.

Where is all is this headed?

I don’t know. I think the journey, discussion is ultimately more interesting than the data though.

Will I do this forever?

I want to get social!

Updates? Email me or message me. But whatever you do, don’t dare call me.