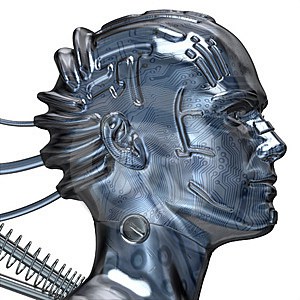 A feature in spreadsheet software enables you to easily grab a cell – a piece of data – and extend it across a column or row. The program then simply extrapolates, based on what it thinks you are trying to do. You could be applying the same tax formula, for example, to a series of sales. Or calculating interest payments using various loan rates. Or, in this case, maybe you’re trying to predict market share in the white hot tablet space. In the world of data analysis, it’s easy to get lost in the numbers. You start with today, what we know to be true. By extending these facts into the future using some well thought out assumptions, you can potentially paint a picture of the future.

But, often this information is dead wrong. Case in point: IDC predicts tablets running Android will surpass those running Apple’s iOS (such as the iPad) by 2016.

There’s a reason why we turn to futurists – not analysts – for insights into what the future may hold. There’s a difference between someone who understands science within a social context (Raymond Kurzweil) versus someone dragging some cells in a spreadsheet. This is not to dismiss math or data forecasting. Obviously they have their place, and are essential to many facets of our lives, notably financials and the economy.

The challenge is that technology: (a) is not linear; (b) does not progress in predictable ways based on current assumptions; and (c) is heavily interconnected with social norms and beliefs. A spreadsheet can not unlock the future, just as a word processor alone can’t fathom the era of LOL, OMG or ROFLOL.

You can see that in 2016 IDC predicts that Android will surpass iOS on tablets.

This is math, not technology prognostication.

The challenge is that technology: (a) is not linear; (b) does not progress in predictable ways based on current assumptions; and (c) is heavily interconnected with social norms and beliefs.

However, there are several reasons why IDC’s forecast could make sense. Android is open, and multiple manufacturers (some very large market movers like Amazon) make tablets running Google’s OS. Meanwhile, only Apple sells devices running iOS. The law of numbers alone suggest that Apple will ultimately be dwarfed, despite its first mover advantage.

Also, Android had a strong Q4 2011, and grew share to 44.6% – about 12 points better than the previous quarter. This jump coincides with the release of the Amazon Fire; an anomaly that won’t happen every three months.

But, here’s five reasons why you can’t just trust numbers, and why Apple won’t cede the tablet race in the short term:

No ones does user experience better than Apple. The tech set (me!) gravitate towards Android because we like the customization, the open design of the platform, and integration with Google as a whole. But mainstream America loves playing Angry Birds, swiping photos, and reading Flipboard. Until another company comes close, Apple will own the market, while others fight for the leftovers.

There’s little doubt in my mind we’ll see an iPad Mini this year. It will be cheaper, and it will grab even more share for Apple. It will steal sales from the Kindle Fire, and Android 7-inchers (like the Galaxy Tab 7, a superb Android tablet).

3. Microsoft Windows 8 will take share from Android, but not Apple

Microsoft is likely the biggest threat to Android this year. Expect Win 8 based tablets to compete based on price. And, like, Android, its OS will appear on an array of tablets from multiple vendors. With RIM absent from the tablet race, expect Microsoft to slot in comfortably in third.

4. Apps still matter – own the developer, and you own the world

Apple has apps. We know that. We also know that developers make way more money developing for iOS then they do for Android. That could change some day, but for the foreseeable future, Apple’s momentum with developers is a massive advantage that will take years and years for competitors to erode.

5. Because our children are growing up with iPads

You could shoot me down quick on this one, by telling me our children’s children grew up with Kodak cameras. But I believe there is a fundamental difference between a camera and a device that teaches, and evokes emotional response. The iPad, for whatever the reason, is able to engage us like no other piece of technology in history. It’s effect on children is particularly interesting, and worth significant study.

In 2016, as much as I’m for it, I doubt Google will surpass Apple in the tablet race. If the market goes the way of the PC industry, then we all know I’m way off base. But the 5 points above – things a spreadsheet won’t tell you – paint a different picture for the next 3-5 years. Also, it’s worth noting my take on smartphones is markedly different, and something I’ll continue to address in upcoming posts on Stark Insider.

Now, time to check Fedex for a shipping update on that “new” iPad…