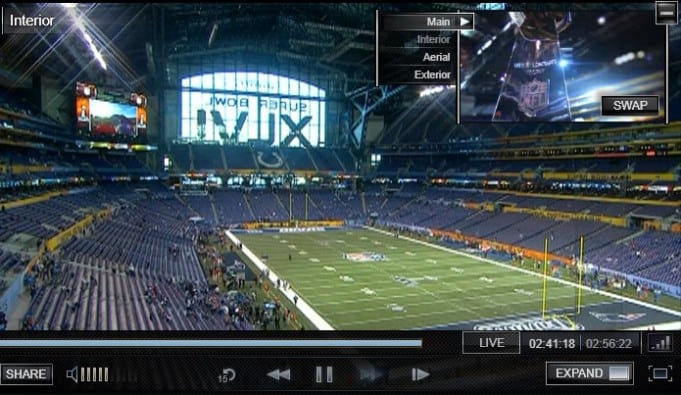 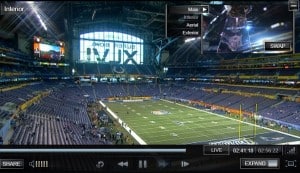 You’ve probably read by now that NBC Sports and the NFL are streaming this year’s big game online. You can watch it live here and here.

The Super Bowl is typically the biggest television event of the year, and one of the last hold-outs as to why you and I would want to (against every single ounce of sense) subscribe to Comcast and DirectTV.

Sure, online streams have been available before. But the middle man continues to get squeezed. With Netflix, Hulu, YouTube, Amazon VOD, and direct web site streams, if times aren’t yet Blockbuster tough for non Web 2.0 media players, it’s hard to fathom a golden future.

Worse still, commercials have gone YouTube in a big way, looking to go Old Spice viral. Many have released several ads (Matthew Broderick’s Day Off, Jerry Seinfeld and Jay Leno’s duel for the Acura NSX) early, too, another trend that can’t exactly help the hype that normally accompanies seeing them first on tv during the actual game itself.

Even if you had the choice of watching the Super Bowl on the television or on the Web, you’d do well to go with the latter. NBC has stated it will give users the ability to chose camera angles, in addition to other features you won’t of course find on one-way, non-interactive boob tubes.

Comcast owns NBC and revenue continues to do well. DirecTV is adding new subscribers at a slower rate, but has been able to eek out 3% more revenue for each of them.

And let’s not forget social media. Advertisers will try to extend engagement by bringing the conversation to Twitter, Facebook after an ad has ended.

According to Mashable, “This Super Bowl is all about the second screen, and social media is helping to fuel the fire with plenty of ways to keep up with the action on the field.”

In addition to following @SuperBowl, they have a variety of tips to enjoy game to by interacting with thousands (millions!) of fans, commentators, players alike.