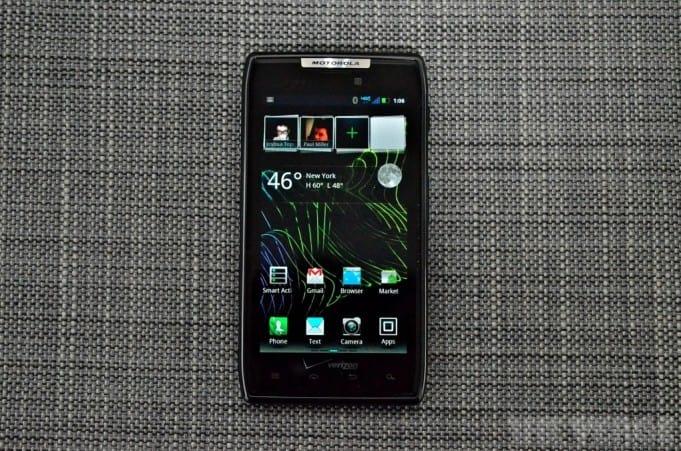 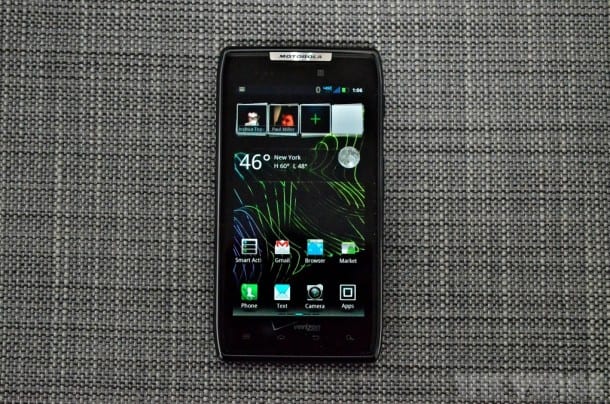 One month down already. Sure, we have yet to see Android quad-cores (CES underwhelmed) and word is the hugely anticipated Samsung S III won’t make an appearance at Mobile World Conference this month, but there’s still plenty of Android power in this month’s power rankings.

I’m not including rumored phones. Only Androids that are either available now from Verizon, AT&T, Sprint or T-Mobile (yes, this is a US list) or have official (or as about as close to it as we can get) release dates this month (Droid 4, Galaxy Note for example). AT&T’s upcoming Sony Xperia Ion is disqualified. All we know is to expect it sometime in Q1 2012.

Ice Cream Sandwich continues to draw praise, and is the biggest headline in the past few months.

Unfortunately, it’s only available on the Samsung Galaxy Nexus, and I lament the fact that Google insists on rolling out the new OS so slowly. I understand why; it helps squash bugs, gets the device into the early adopter set, and vendors need to test it with their hardware, and highly customized skins (e.g. HTC Sense). Still, I think Google missed the boat. Why not hit the market hard? If ICS was hitting tablets, and phones across several manufacturer’s product lines, surely the drumbeat would be more pronounced. It also could have potentially slowed Apple’s late Q4 momentum gained with the iPhone 4S.

The other big story for 2012 is battery life. LTE 4G and big displays drain juice, fast.

Some have even reported the Nexus will drain in a matter of hours if juggling a punch of activity. Fortunately we have Moto RAZR Maxx. If consumers flock to it, expect more emphasis this year on batteries that can go the distance. I particularly like what Motorola has done here. If you’re perfectly happy with 8-10 hours, go with the original Rax. Thin is in. If you’re a road warrior, add a few mm and pick up the Maxx. Choice is good- it’s a huge market advantage for Android.

ICS is the Nexus calling card. Also, if history is any indication Nexus owners will get updates first, and be less likely to be left behind. But, man oh man, that battery life.

Thin and well made, this RAZR carries off the brand reboot with aplomb.

5.3-inch HD display?! Wowza. If big is better to you, then this is your smartphone… uh, tablet. Er, either a really big Galaxy S II, or tiny Tab. Take your pick. Note generated buzz at CES. It’s likely to draw a niche fan base. Giant hands help. And was Steve Jobs right… do we really need a stylus?

OG Droid diehards take note: this could be your perfect upgrade. Expect it to land next week. 4-inch qHD, 5-row keyboard, 8MP rear, 1785 mAh battery. Not blow away. But likely to be the best slider.

A classic. In our tests against the Galaxy Nexus, the S II performed better in certain tasks. We were surprised. There’s a reason why the S II has been such a hot seller for Samsung.

We have high hopes for the upcoming LG X3, and Nitro leaves us confident that LG is going to be an Android player.

Rezound has its share of fans. Many chose it in December over the Nexus and RAZR. Is it that good? Beauty is in the eye of the beholder. We find it not as elegantly designed as some of the others. But it’s robust, well-priced, and does Beats.

No, it’s not a Ferrari. If you’re looking for a value play, though, with a slider, this one is a workhorse.

Notice a trend? Samsung has taken 4 of the top slots in this month’s rankings. This list could look significantly different in March. LG X3, Sony S Ion, HTC Edge (quad-core please!), among others are set to disrupt the balance of power. Quad-core, in fact, is the main reason I continue to hold out upgrading. Or maybe it’s just my fear of commitment.

Other questions for this month’s top 10: when will existing Gingerbread (and tablet Honeycomb) users see ICS? Samsung and Motorola have announced models that will get upgrades, but we’re still waiting for specifics on dates. If you’re just getting into the market, or – like me – trying to decide which model will replace an aging OG Droid, the Galaxy Note could warrant strong consideration. It comes with ICS, a massive screen, and could be a sold enough reason to leave your tablet at home.

What’s your favorite Android smartphone, and why?