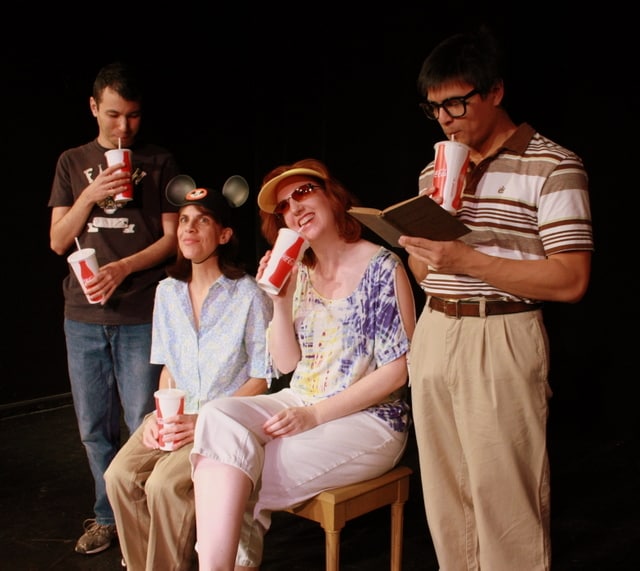 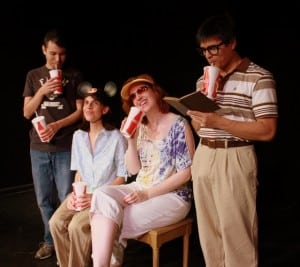 Director Laura Jane Bailey has a history with this play, as does Meredith Hagedorn. Their intense commitment and appreciation for this script shine through the director’s notes and program. Unfortunately, this isn’t enough to ignite the actual production. One senses that a week or so more in rehearsal might animate the show, bringing it closer to the heart of what the playwright and director were trying to achieve. However, as it stood on opening night, it wasn’t quite convincing.

The center of the action is the home of Bessie, Marvin, and Aunt Ruth, each with their own history of chronic disease. Marvin – who remains mysteriously offstage – is taking his time to die. Thus far, it’s been 20 years of him choking on game parts, Aunt Ruth, for her part, wears some kind of implanted device that cured her back, but opens the garage door when activated. When we meet them, Bessie, dutiful daughter and niece, is in the process of being diagnosed with leukemia.

Part of the problems is that playwright’s (Scott McPherson) attempts infuse the script with humor just doesn’t work in Marvin’s immediate household. Disease and humor are certainly no strangers, but humor fails if you don’t see the pain and irony that motivate it. Here, the characters make you wish they’d wise up. Dr. Wally squashing cockroaches while simultaneously diagnosing leukemia seems merely simpleminded.

The strongest characters are outside this household. Meredith Hagedorn’s performance as Bessie’s long-absent sister Lee positively crackled with energy. While she had just much off-the-wall goofiness as those who remained in her parental nest, here we understood the motivation of the character. Unless Bessie, the passive caretaker, we see Lee engaged. While Lee’s behavior may be as bizarre as that of her mentally ill son, there’s an energy that’s easy relate to.  “My feelings for you are like a big bowl of fishhooks,” she tells her offspring. “You can’t pick out just one.”  Unlike Bessie, who remains frustratingly static, we see Lee evolve in unexpected ways.

Lee’s sons Charlie and Hank were played by Clifford M. Samoranos and Ronald Feichtmeir (Hank). Combined with Hagedorn, the three completely redeemed the second half of the play. Mention also goes to Janine Evans, who played both Dr. Charlotte and the Retirement Home Director. As Dr. Charlotte, she was marvelously restrained as she dealt with Lee and Charlie, letting these dominant personalities play out. Watching her exasperation surface at the end of the scene was a relief after spending time with less dynamic characters.