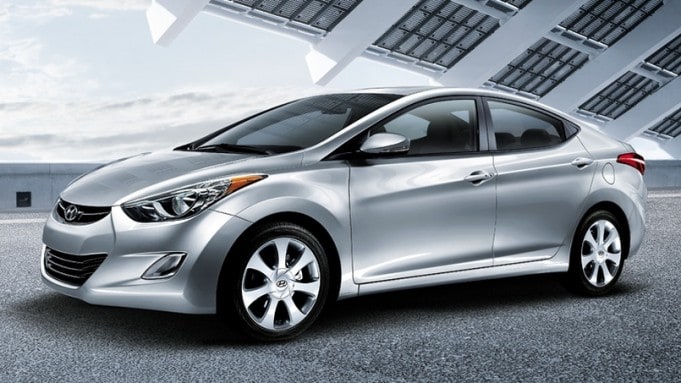 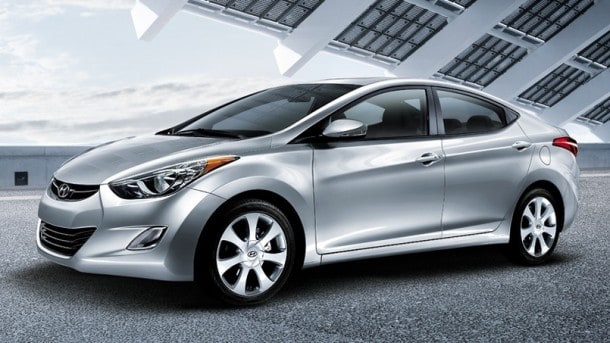 Hyundai’s roll continues. This morning at the Detroit Auto Show, the Hyundai Elantra was named 2012 North American Car of the Year, beating out the Ford Focus and Volkswagen Passat.

Priced from $14,830, the 5th generation Elantra features a 1.8-liter four-cylinder engine from Hyundai producing 148 horsepower and 131 pound-feet of torque. All models — m/t or a/t — get 40mpg. Competitors include the Honda Civic, Toyota Corolla, Nissan Sentra, Ford Focus, and Chevy Cruze. 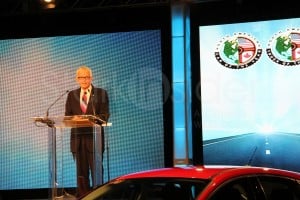 Approximately 5,000 journalists are in attendance at the COBO Center in downtown Detroit for the press preview which should see over 40 new car introductions.

Later, we should get a glimpse of some hotly anticipated concepts including the Lexus LF-LC and Acura NSX.

Automakers, and the big three in particular, are coming off a strong 2011. Market share for GM, Chrysler, and Ford all increased as a combined group for the first time since 1988. Better still, manufacturing is reportedly helping drive the economy forward. According to US Transportation Secretary Ray LaHood, 60,000 jobs in the sector will be added this year with 120,000 projected by 2015. “They represent American factories bustling and humming,” he said. “American workers churning out cars, and American families earning paychecks again.”

Hyundai has come a long way, and is regarded as a world class, tier 1 manufacturer. Just a few years ago, the Korean auto maker surprised the industry with the Genesis luxury sedan. Combining Lexus-like quality, with Honda-like pricing, the car opened a new chapter and proved that Korea automakers could play on the world stage alongside the heavyweights. No longer would Hyundai be synonymous with just discount, entry-level fare.

I remember my first experience with Hyundai. My parents bought an “Excel” in 1985. The little blue car cost about the same as the new Nikon D4. That might’ve been the only similarity however. The windows had a habit of falling out of the frames. The shifter was loosey goosey. And those Canadian winters didn’t exactly make for reliable starts. Still, we loved it, and drove the thing into the ground- my parents, me, then my sister. Elantra, of course, is light years from those humble, experimental beginnings.

I admit that I was pulling for Ford and the impressive new Focus as COTY. When you’re surrounded by legends–Red Kelley, Alex Delvecchio, Gordie Howe, Terry Sawchuck, and so many others line the hallway to the Joe where Ford kicked off the press preview with an energetic presentation to a packed house–it’s hard not to beam with domestic pride.

It’s great to see Hyundai continue to successfully lead the Korean automaking wave–which now includes Kia, GM Daewoo, among others. Often referred to as the “new Japan” of automaking, the country (South) now is the world’s fifth largest manufacturer. — Clint