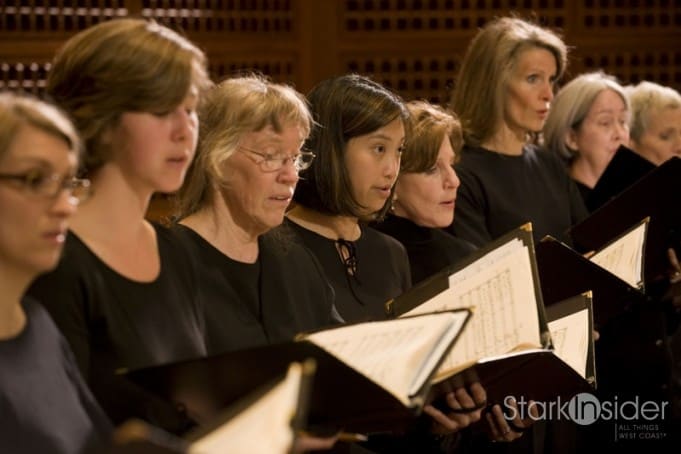 Unlike some Christmas tunes which put your nerves on edge the first time they’re trotted out in mid-November, older 19th century pieces have a depth that you return to again and again. The Messiah (or at least, good performances thereof) trumps even these. Its complexity and depth consistently offers something new to the listener. Part of this lies in Charles Jennens’ luminous libretto and part in the genius of Handel’s score. Whether it’s a new appreciation of an aria or recitative that seemed flat, this work continues to unfold, making it worth coming back to again and again.

The San Francisco Symphony performance of this work highlighted several gems in this work that I’d overlooked.

Program notes stated that Handel was at heart a man of the theatre whether the opera stage or the “ecclesiastical theatre” of the oratorio, which in this case is a theologically-curated series of passages largely from Isaiah, the synoptic gospels, Psalms and Revelations. This theatrical sense informed the performances of baritone Michael Todd Simpson and mezzo-soprano Kelley O’Connor. Simpson’s voice was in excellent form, bringing enormous power and gravitas that elevated his passages he sung. This was evident from the very beginning, starting with his delivery of  “The people that walked in darkness” section. His slightly gravelly drawing out of the word “death” in this passage intensified this passage with a subtle theatrics than Handel probably would have approved. Likewise, O’Connor’s otherwise restrained stage manner made her delivery of the last portion of the “despised and rejected” air all the more ferocious. The first part of this passage usually commands more attention (as it did last night), but in O’Connor’s hands, the latter section was even more intense.

The San Francisco Symphony Chorus was in top form. While we anticipate this excellence in all the commonly known sections such as “All we like sheep,” “He shall purify” and the “Hallelujah,” other sections such as the “Surely He hath born our griefs” air took on such a new freshness that I’ll be listening more intently to them in subsequent performances.

One fascinating bit of Messiah trivia is that Benjamin Franklin attended a “Messiah’’ performance in Dublin in 1759. In appreciating the San Francisco Symphony performance of this masterwork, we get to touch many of our forbearers, including the relatively agnostic Franklin. That’s an impressive feat for any work, let along one than continues to command repeat performance.