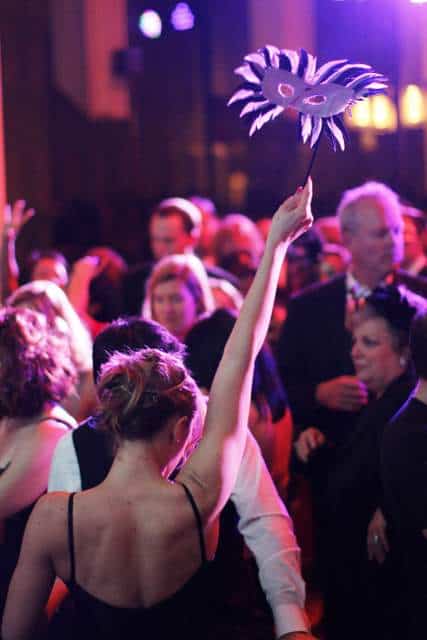 The Symphony’s holiday lineup includes several concerts particularly suited for children and families to attend together. The animated children’s film The Snowman will be screened December 2 and 3, with live accompaniment by the San Francisco Symphony and the Pacific Boychoir.

San Francisco Symphony musicians and special guests perform two Deck the Hall family concerts of seasonal and holiday music on the morning and afternoon of December 4, followed by entertainment, refreshments, and arts and crafts for children. On Saturday, December 10 at Davies Symphony Hall and Sunday, December 11 at the Flint Center in Cupertino, the San Francisco Symphony Youth Orchestra will perform its ever-popular Peter and the Wolf afternoon concerts, featuring a special guest narrator. Music Director Donato Cabrera leads the Youth Orchestra in the classic children’s favorite and other pieces for the holidays. 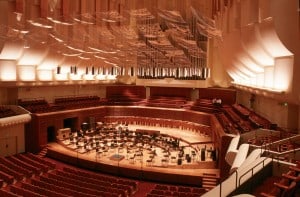 Also on December 11, The Duke Ellington Orchestra, led by conductor and pianist Tommy James, performs holiday hits and music from the great Ellington songbook at Davies Symphony Hall. The Colors of Christmas concerts return to Davies Symphony Hall as vocalists Peabo Bryson, Jennifer Holliday, Lea Salonga, and Ben Vereen present Christmas songs and their own pop hits on December 13, 14, and 15.

SF Symphony Chorus Director and conductor Ragnar Bohlin leads soprano Joélle Harvey, mezzo-soprano Kelley O’Connor, tenor Richard Croft, baritone Michael Todd Simpson, and the San Francisco Symphony Chorus and Orchestra in Handel’s Messiah on December 16, 17, and 18. On December 31, revelers at the city’s most elegant New Year’s Eve Masquerade Ball take over Davies Symphony Hall and count down to 2012, with music from the San Francisco Symphony onstage in the main hall and dancing to big band music with The Peter Mintun Orchestra, swinging standards with The Martini Brothers, and 80s dance music and covers by Tainted Love.

THE BEST TIME OF YEAR: A CHRISTMAS SPECIAL
WITH THE SAN FRANCISCO SYMPHONY, CHORUS AND SPECIAL GUESTS

The San Francisco Symphony kicks off a sparkling new holiday tradition as the Orchestra and Chorus perform in a jubilant concert of classical Christmas music coupled with time-honored carols. The program includes “God Rest Ye Merry, Gentlemen,” “Do You Hear What I Hear?” “Go Tell it on the Mountain,” “Hallelujah” from Messiah; and “O Holy Night.” The Best Time of Year takes place Wednesday, November 30, and Thursday, December 1, at 8:00 p.m. Randall Craig Fleischer leads the Orchestra and welcomes guest soloists soprano Sarah Jane McMahon, baritone Christopher Feigum, and the Sonos Bell Ensemble.

THE SNOWMAN
Animated film and sing-along with the San Francisco Symphony
Friday, December 2 and Saturday, December 3 at 7:00 p.m. at Davies Symphony Hall

This charming animated 26-minute film (Dianne Jackson, 1982) tells the tale of a young boy’s poignant friendship with a snowman. The San Francisco Symphony performs the score to this family-friendly movie, led by Resident Conductor Donato Cabrera with the Pacific Boychoir. After the movie, hear Christmas favorites performed by the Orchestra. The audience is invited to sing along with the Orchestra to “Frosty the Snowman,” “Rudolph, The Red-Nosed Reindeer,” “Santa Claus is Comin’ to Town,” and “Jingle Bells.”

The San Francisco Symphony’s annual Deck the Hall event celebrates the holiday season with a magical stage show designed for children ages three to 10. Inaugurated more than 30 years ago by the late Louise M. Davies, this holiday classic is a Symphony tradition. Deck the Hall will take place on Sunday, December 4 at 11:00 a.m., with a second performance at 3:00 p.m. The post-show party in the lobbies includes a variety of entertainment, arts and craft activities for children, and refreshments. Special Angel Packages are available with premium concert seating and a pre-concert reception with gourmet treats, holiday crafts, and special time with Santa Claus for the kids. For the Angel Packages, call the SFS Volunteer Council at (415) 503-5500.

PETER AND THE WOLF with
SAN FRANCISCO SYMPHONY YOUTH ORCHESTRA
Saturday, December 10 at 1:00 p.m. and 4:00 p.m. at Davies Symphony Hall
Sunday, December 11 at 3:00 p.m. at the Flint Center, Cupertino
Music Director and conductor Donato Cabrera leads the San Francisco Symphony Youth Orchestra in three performances of Prokofiev’s Peter and the Wolf. The orchestra performs December 10 at 1 p.m. and 4 p.m. in Davies Symphony Hall and on December 11 at 3 p.m. at the Flint Center in Cupertino. In addition to Peter and the Wolf, featuring a special guest narrator to be announced, the Orchestra will also perform festive holiday songs to which the whole family will enjoy singing along.

The sensational The Duke Ellington Orchestra performs for one night only in a toe-tapping, finger-snapping concert of holiday music and the best-loved gems from the great Ellington songbook, led by the conductor and pianist Tommy James. Whether it’s considered jazz, swing or big band, this is the music that will inspire concertgoers to get up and dance in the aisles of Davies Symphony Hall.

Peabo Bryson, Jennifer Holliday, Lea Salonga, and Ben Vereen celebrate at the annual Colors of Christmas concerts with the San Francisco Symphony, performing traditional Christmas favorites and their individual hits. Bryson’s soft-rock/R&B hits include the Top 10 hit “If Ever You’re in My Arms Again,” the Grammy® Award-winning “Beauty and the Beast” (with Celine Dion), and “A Whole New World (Aladdin’s Theme)” with Regina Belle. Holliday gained national recognition when she starred in the Broadway musical Your Arm’s Too Short to Box with God. Her performance led to her star-making performance as Effie in Dreamgirls, featuring her show-stealing take on “And I Am Telling You I’m Not Going,” which became a hit single in 1982. That led her to a career in pop music while continuing to star on Broadway. Salonga is a singer and actress from the Philippines best known for originating the lead role of Kim in the musical Miss Saigon, for which she won the Olivier, Tony, Drama Desk, Outer Critics and Theatre World awards. She was the first Asian to play the roles of Éponine and Fantine in Les Misérables on Broadway. She also provided the singing voice of two Disney princesses: Jasmine in Aladdin (1992) and Fa Mulan in Mulan (1998) and Mulan II (2004). Salonga was named a Disney Legend in 2011 for her work at the company. Vereen remains the consummate actor, singer, dancer, and all around entertainer with a storied and legendary career. For over 40 years, he has showcased his versatility and creativity, performing countless one-man shows worldwide. On Broadway, Vereen has appeared in Wicked, Fosse, I’m Not Rappaport, Hair, Jesus Christ Superstar, Pippin, Grind, Jelly’s Last Jam and A Christmas Carol. His role in Pippin garnered him both the prestigious Tony Award and the Drama Desk Award for Best Actor in a Musical. His screen credits include memorable roles that stand the test of time, such as the unforgettable Chicken George in Roots and Louis Armstrong in Louis Armstrong – Chicago Style. Film credits also include Sweet Charity, All That Jazz, Funny Lady, Why Do Fools Fall in Love, and many more. Herman Jackson conducts the Orchestra, and First A.M.E. Oakland Mass Choir, led by Jeffery Williams, performs.

This special Christmas concert offers conductor and SF Symphony Chorus Director Ragnar Bohlin leading soprano Lisa Vroman, tenor David Burnham, pianist Joan Cifarelli, organist Robert Huw Morgan, members of the San Francisco Symphony brass section, and members of the SFS Chorus in beloved Christmas carols and favorite childhood Christmas songs, plus audience sing-alongs. The program includes such traditional favorites as “What Child is This?”, “Little Drummer Boy,” “Do You Hear What I Hear?”, “Joy to the World,” “O Holy Night,” “Deck the Hall,” “Winter Wonderland,” “I’ll Be Home for Christmas,” “Let it Snow!”, and “Have Yourself a Merry Little Christmas.”

Ring in the New Year at the city’s most elegant celebration, the New Year’s Eve Masquerade Ball with the San Francisco Symphony. The December 31 event stars the San Francisco Symphony, conductor Michael Francis, violinist Nicola Benedetti, and the period dancers of Dance Through Time. Everyone attending the event receives a complimentary mask as they enter the beautifully decorated lobby. Beginning at 8 p.m., The Martini Brothers entertain and perform their “swingin’ cocktail music” in the lobby. Starting at 9 p.m., the Orchestra performs polkas, waltzes, and dances onstage in Davies Symphony Hall. Immediately following the concert, guests are invited to celebrate and dance on stage to The Peter Mintun Orchestra. Tainted Love performs covers of favorite 1980s dance hits in the First Tier lobby. Enjoy complimentary sparkling wine and desserts as the clock strikes midnight, 2,012 colorful balloons cascade from the ceiling, and the crowd welcomes in 2012.