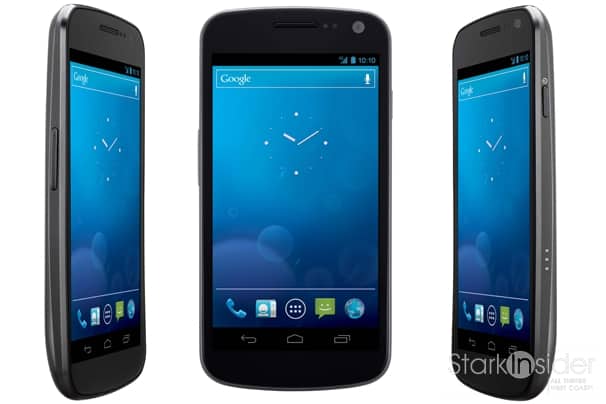 UPDATE: Deal alert for those looking for a Samsung Galaxy Nexus. We just found out you can score it on Amazon for only $199.

The big question has finally been answered (and this time our prediction proved correct). Samsung Galaxy Nexus has launched. It’s official. The flagship Android smartphone everyone has been talking about arrives at Verizon and Costco locations starting tomorrow, December 15.

Many in the comments from this morning’s post, Samsung Galaxy Nexus: To launch or not to launch?, started to receive phone calls mid-afternoon (Pacific) and indicated Verizon reps were telling them to head into their local Verizon store to pick up Nexus. Merry Christmas!

Samsung Mobile USA posted on Facebook the official announcement. At least I think it’s legit. Either that or the biggest conspiracy history in Android history (and I’m not referring to the unsavory Microsoft tactic of giving away free Windows phones to get us off these so-called malware infested Droids. Really?!) will continue with another non-launch.

Now, the only question is: Verizon or Costco?

If Costco stocks it in quantity (and I expect they will) it will be my first choice tomorrow AM. The rumored price is $289. And given their liberal return policy, there’s a certain confidence in buying from Costco. Maybe too much confidence as I’ve discovered over the past few weeks; Holiday shopping anyone?!

It will be interesting to see if there are major league crowds and line-ups. If the Droid faithful have already given up on Nexus, and upgraded to the Motorola Droid RAZR or HTC Rezound then maybe there won’t be much of a scene. As I recall in November 2009 there was not much drama at one of the local Verizon stores here in Silicon Valley when I picked up my trusty Droid (and never looked back).

Oh… and one more question, though I feel this one has already been answered:

Will my unlimited Verizon 3G data plan on my OG Moto Droid be grandfathered to the Nexus?

Customers can browse the Web, stream music and more at blazing speeds using the Verizon Wireless 4G LTE network. Galaxy Nexus customers can enjoy access to the 4G LTE network in 190 markets covering over 200 million people across the United States, and fly through the Web with fast download speeds of 5 to 12 megabits per second (Mbps) and upload speeds of 2 to 5 Mbps within the 4G LTE Mobile Broadband coverage area.

Pricing and data packages:
• Galaxy Nexus is available now in Verizon Wireless Communications Stores and online at www.verizonwireless.com for $299.99 with a new two-year customer agreement.
• Customers that purchase a Galaxy Nexus by Samsung will need to subscribe to a Verizon Wireless Nationwide Talk plan beginning at $39.99 monthly access and a smartphone data package starting at $30 monthly access for 2 GB of data.