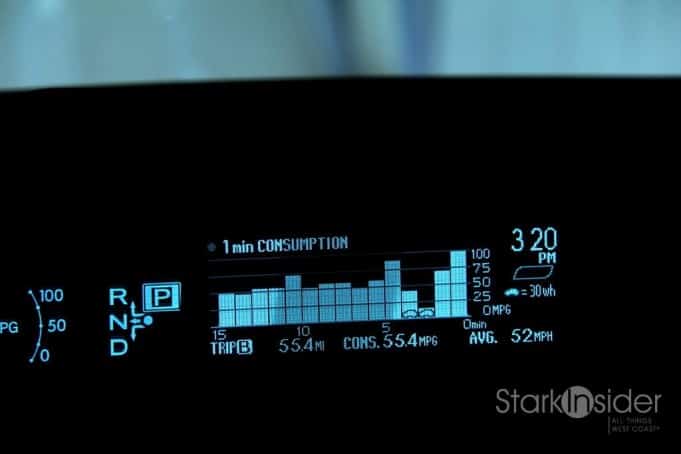 It wasn’t supposed to happen like this. Eight years ago I was a happy-go-lucky Silicon Valley marketing guy, driving a Porsche 911 and hanging out after hours for drinks, talking IPOs at The Fault Line in Sunnyvale. Now, I’m married, frequently write about wine, and consider photographing birds mildly interesting. An exclamation mark now completes the transformation: that there in the driveway would be a shiny new silver ’11 Toyota Prius III. Ah yes, life in the slow lane.

A while back I wrote about contemplating thinking about thinking of getting a hybrid. I’ve come undone (Robbie W!) and the result is that the twin-turbocharged Audi A6 is traded-in. In its place, an engine that makes 134hp (98 from the engine, 36 from the electric motors). Most astonishing, it’s a pleasant driving experience. Not to be confused with a sports car of course–despite my itch for aftermarket two-tone leather that did not improve performance from what I can tell–the Prius is far and away more enjoyable to drive than much of the automotive press would have you believe. I suspect in many of their words exists a natural inborn hatred towards the very concept. Save the environment. Save the planet. Save money. Pfft… yeah, have a nice day.

The myriad of gauges and readouts do have a way of lulling you into thinking that driving responsibly can actually be fun. It’s taken me almost a week to get a grasp on what all the graphs, lights, and various icons mean.

One thing I do know so far is that the Prius does exactly what it’s supposed to do.

When it comes to gas mileage promises, there is no bait and switch.

Yesterday, I traveled up and down Highway 101 to various meetings and then to run some errands. I had the car in “ECO” mode which is the extreme opposite of motivated. Toyota may have you believe it invokes a sophisticated supercomputer that magically bestows improved mileage thanks to brilliant programming and engineering. That’s partially true. Pragmatically, it turns the gas pedal into a quasi-brake pedal. The car is reluctant to do anything in ECO mode, let alone make any kind of progress. It’s only when you really push down the pedal, perhaps about 65-75% of the way, does disinterested Prius make any sort of effort… well, okay, if you insist… vroooooom (in CVT-inspired droning voice). 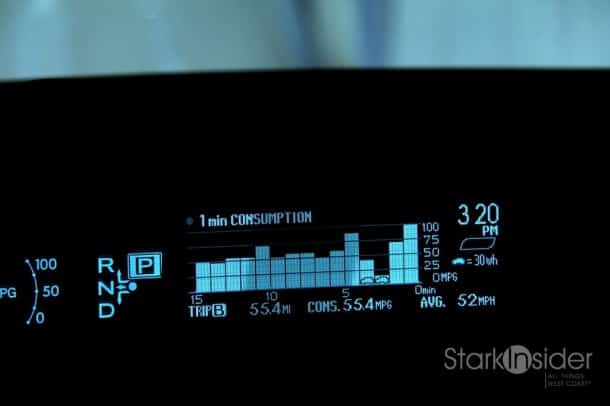 Those lower bars on the right represent a climb up a 1 mile hill near home. On the way down, I shift the car into “B” which uses the engine for regenerative braking. Amazingly, it can boost the battery one, sometimes even two, bars (out of eight).

Hang on a second. Who am I kidding? Turns out I am a Crazy Prius Greener after all. How times change; it kind of sneaks up on you. The tech-laden nature of this car does compel.

I’ll share more stories, and opinions on the Hybrid Experience over the coming weeks and months. Is it possible to go Prius, after you’ve gone Porsche? Hang on, there’s a Road Runner in the yard, hanging next to the fig trees again … I need to grab the EOS 60D! Until next time…

Team Stark is headed to Detroit for the NAIAS. Be sure to catch all the automotive news, opinions, photos. Follow SI on Twitter and Facebook for the latest.