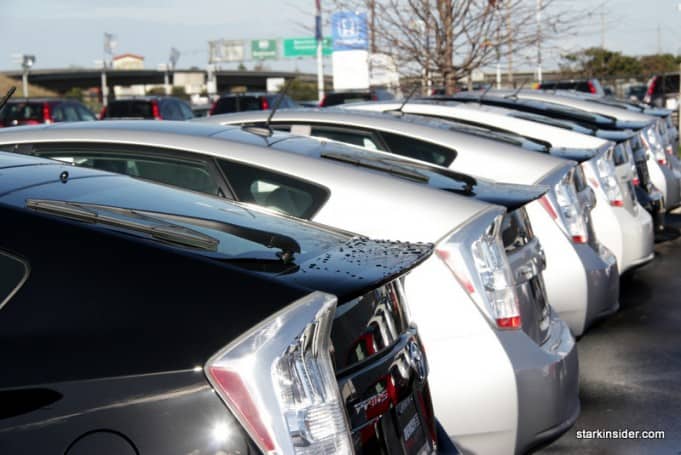 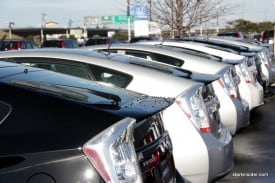 If I were still in my care-free, bullocks to the wind, bachelor mode what I’m about to write would shake me to my core. After all, what is life without Porsche 911s, bi-weekly jaunts to Vegas and late night horror viewing fests on the big screen while downing tall boys of Orangeboom? Well, for starters, it might be a more responsible one. Not that there’s anything wrong with the “wild” times before marriage, but the passage of time can cause one to look at things differently.

So now I find myself more concerned about mpg, practicality and cruising comfort than, say, 0-60 times, styling and track performance. Say it ain’t so.

Loni and I decided it was time to make the switch for at least one of our cars. So we would replace the Audi A6 which I love driving, but won’t be seeing 50mpg anytime soon.

The upcoming parts in this series will document my hybrid experience: from research, to test drives, to buying, and to owning. The plan is to have completed the process within the coming months.

Hybrids on the short-list include two of the most well known models: the Toyota Prius and the Honda Insight. Others may include the Chevrolet Volt, and Ford Fusion. However, I prefer the practicality of a hatchback for hockey gear, and Loni’s impromptu shopping sprees for large fountains, trees, and wild game. Welcome: life in Northern California.

I’ve come to terms that I will need to sacrifice pretty much all of the elements related to “passion” when it comes to the driving experience behind the wheel of a hybrid. I had lowered my expectations so much that when I drove a Prius a few years back it actually was a pleasant surprise — well, it does move forward!

On the styling front I’ve also had to accept the fact that for some inexplicable reason manufacturers like to create hybrid shapes that look “spacey” or “new wavey” or “green mobile-ish.” I expect that’s partially because early adopters were making a statement: I’m green, I’m saving the planet… to the lions you in your Lexus SUV! Well to each their own, but that isn’t me. I would prefer these cars look somewhat normal. Yet over time the designs have grown on me — kind of like the new Diet Coke can — and now find both the Prius (especially after the 2010 refresh) and the new Insight to be somewhat acceptable, if still a little avant garde.

So the test drives are scheduled. I’m going to try the Costco Auto program and see how that fares. My understanding is that you can get a Prius for $550 under invoice and an Insight for $50 under invoice by using their approved dealers via the Costco web site.

Here are some first impressions after scrubbing the Internet for research, reviews, and owner’s comments:

Note that the Chevrolet Volt appears to be sold out this week at local dealers. But I will likely also include that in our decision, although I am concerned about its weight and the larger size as previously mentioned is not a benefit for us.

Finally, on the question of diesel alternatives. I think there are some excellent choices out there, most notably from VW. In Europe and Canada diesel is readily available at most stations, while here in the US it can be hit and miss. When we’re headed home from Berkeley or Palo Alto after covering a show for Stark Insider, the last thing we want to worry about is finding a diesel station. I could be wrong about this, but that’s my early thought.

Which car will come out on top?

And will life ever be the same post-hybrid?

Next up: the Toyota Prius test drive.