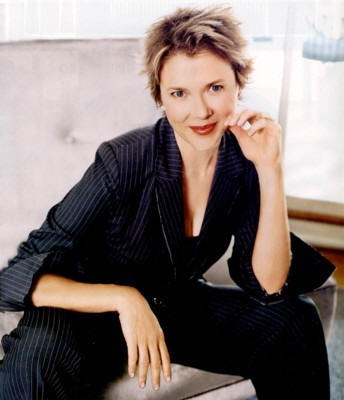 The inaugural winners of the five awards to be presented are four-time Academy Award–nominated actress and A.C.T. graduate Annette Bening, who receives The Edward Hastings Career Achievement Award; Emmy Award–nominated actress and recent A.C.T. graduate Elizabeth Banks, who receives The Rising Star Award; The Contributions to the Field Award recipients Geoff Elliott and Julia Rodriguez-Elliott, who cofounded (with A.C.T. M.F.A. Program graduate Art Manke) and have run the acclaimed classical theater company A Noise Within for 20 years; celebrated San Francisco philanthropists and longtime A.C.T. supporters Frannie and the late Mort Fleishhacker, who receive The Benefactor Award; and The William Randolph Hearst Foundation, which has set up a multiyear scholarship fund for the M.F.A. Program and receives The Champion Award.

‘This is the first time that A.C.T. has formally acknowledged the range of accomplishments of our extraordinary alumni,” said A.C.T. Conservatory Director Melissa Smith. “I am thrilled that we are able to launch this amazing annual event with Annette Bening, who has long been a face of A.C.T.’s training programs, and Elizabeth Banks, whose well-earned success makes us very proud to call her our own. I am also moved that we are able to honor individuals and foundations who make it possible for us to accept and support the most talented students within our program whatever their financial situation.” A.C.T. Artistic Director Carey Perloff adds: “It is the rare combination of passionate artistry and passionate philanthropy that we are celebrating with our first annual Conservatory Awards, and I hope that these awards inspire ongoing interest in the nurturing of American acting talent for the future of our profession.”

Director Mark Rucker on intersection of theater and film

A.C.T. and event co-chairs Deedee McMurtry and Abby Sadin Schnair will host the Conservatory Awards Luncheon, a brand-new, star-studded event that raises necessary annual support for M.F.A. scholarships while bringing together a group of like-minded supporters of the Conservatory to celebrate A.C.T.’s accomplishments with award winners and with current M.F.A. Program students. The Conservatory Awards Luncheon will take place Tuesday, January 24, 2012, at The Westin St. Francis Hotel (The Imperial Floor, 335 Powell Street, San Francisco). The pre-luncheon VIP reception begins at 11:30 a.m. and will be followed by the luncheon and awards presentations at 12:30 p.m.

“My years as a student and actress at A.C.T. gave me rigorous training and the chance to spread my wings working as a member of a top-notch repertory company,” says Golden Globe–winning and four-time Academy Award–nominated actress Annette Bening, whose enduring career in film (The Kids Are All Right, American Beauty, Being Julia) and theater (most recently Medea at UCLA), makes her the perfect choice for the inaugural Edward Hastings Career Achievement Award. She adds: “It was an intellectual, spiritual, psychological hotbed of theater passion, and I will always be grateful to Bill Ball, Allen Fletcher, my teachers, and my fellow students and actors for giving me a safe place to learn and grow. For me, A.C.T. will always be home.”

My years as a student and actress at A.C.T. gave me rigorous training and the chance to spread my wings working as a member of a top-notch repertory company. – Annette Bening

Bening has long been associated with A.C.T., where she appeared on the mainstage from 1984 to 1986 as a core acting company member after graduation, taught in the conservatory, and most recently chaired the Artistic Advisory Committee for A.C.T.’s very successful The Next Generation Campaign. The Edward Hastings Career Achievement Award honors an actor who has made extraordinary artistic contributions throughout an enduring career on the stage or in film or on television. The honoree is widely respected for their talent, dedication to their craft, and acclaimed body of work and exemplifies former A.C.T. Artistic Director Edward Hastings’s passionate pursuit of excellence. Smith says of Bening: “She is a truly transformational actress, who has a huge range and has played groundbreaking roles throughout her career. She is someone who exemplifies the kind of work ethic and artistic integrity and curiosity that we try to instill in our students and has built an astonishing career that serves as an inspiration to them. She has been a huge asset for A.C.T. through the years and we are excited to honor her with this award for all her contributions to the field and to our organization.”

“My time at A.C.T. was integral to my life as a professional working actor,” adds Elizabeth Banks, who receives the inaugural Rising Star Award. “A.C.T. provided a creatively robust environment to develop my passion for storytelling, and during my time, the whole place was run by broads. I was always inspired by that!” Banks has had a famously varied career, including hilarious turns in The 40-Year-Old Virgin and on 30 Rock (for which she was nominated for an Emmy Award), dramatic roles in Seabiscuit, Invincible, Man on the Ledge, and W., as well as appearances in blockbusters like the Spider-Man franchise and the upcoming The Hunger Games. The Rising Star Award honors an actor who has accomplished outstanding achievements in his/her early-to-mid career in the field of professional acting. The honoree has demonstrated exceptional promise for continued success as an actor. Smith speaks to Banks’s incredible versatility: “Elizabeth was the graduate of the first class that I accepted into the program as conservatory director, so this is a special award for me to be able to present to her. What she has accomplished in her burgeoning career and the range of roles she has chosen to accept say all that needs to be said about her abilities and tenacity. She is a smart cookie as well as a talented and hard-working actress, so it’s no surprise to me that she is building a career for herself as a producer as well as becoming a bona fide star.”

Geoff Elliott and Julia Rodriguez-Elliott are the inaugural recipients of The Contributions to the Field Award. They founded (with A.C.T. M.F.A. Program graduate Art Manke) the award-winning classical theater company A Noise Within, which is one of the few companies in the country working in the repertory tradition. They celebrate their 20th anniversary this season as co-artistic directors and have continued to expand the company, which just moved into its brand-new home in Pasadena, CA. Geoff Elliot said of this recognition: “To be honored by American Conservatory Theater with this award is particularly significant for both Julia and me because our time at A.C.T. was such a defining period in our lives, and so much of what A Noise Within has come to be was born there.” Julia Rodriguez-Elliott adds: “Our love of language, dedication to training future artists, and commitment to education was shaped during our years at A.C.T. We are exceptionally grateful to be recognized for the quality of A Noise Within’s work and the strength of our mission.” The award honors an artist or artists who have contributed significant leadership in the field of theater beyond their role as an actor. The honorees’ commitment to the performing arts has strengthened the field both locally and nationally. Smith says of their accomplishments: “It is truly an amazing feat that Geoff and Julia have not only established a classical theater company, but that they have had the vision, tenacity, and stamina to sustain it over 20 years. And now they are in the process of growing it with a brand-new home for their company. We could not be more proud of them and A Noise Within as the best living testaments to A.C.T.’s mission of conserving the classics in this country.”

The inaugural Benefactor Award goes to Frannie and the late Mort Fleishhacker, longtime supporters of A.C.T. and A.C.T.’s actor training programs. This award honors philanthropists whose generous contributions have made a profound impact on the Master of Fine Arts Program. The Honorees’ dedicated leadership and significant financial support benefits talented students who have demonstrated a commitment to pursue a professional acting career. Smith says of the Fleishhackers’ commitment to A.C.T.: “The Fleischhackers have been guardian angels to A.C.T. with their time and resources since our founding, and Frannie and Mort carried that torch into the new millennium. At a time when we had no established scholarships, they stepped up to set up our very first scholarship fund and paved the way for other individuals to follow suit. They have single-handedly changed the landscape at the A.C.T. Conservatory, allowing us to attract and retain the best student actors of all backgrounds, and we are truly thankful for their vision and support.”

The William Randolph Hearst Foundation, which has provided generous multi-year support that has been instrumental in bringing some of the most talented actors throughout the country to A.C.T.’s Master of Fine Arts Program in recent years, receives the inaugural Champion Award. This award honors a foundation or corporation that has generously given scholarship support for promising young actors attending the Master of Fine Arts Program. The institution’s investment enables A.C.T. to bring the most talented actors throughout the country to attend the Master of Fine Arts Program. Perloff says: “Over the past three seasons, the Hearst Foundation’s extremely generous scholarship grants have given some of our most talented and financially challenged students an opportunity to train at A.C.T. without accumulating a punishing debt load. For this, we and all of our M.F.A. Program actors are eternally grateful.”

Ranked as one of the top programs in the nation by U.S. News & World Report, the A.C.T. Master of Fine Arts Program was the first theater training program in the country not affiliated with a college or university accredited to award the master of fine arts degree. The essence of A.C.T.’s actor training lies in the interplay between the professional company and the conservatory. Student actors at A.C.T. perform frequently within the program in studio productions, as well as in cabaret and Shakespeare productions that tour to the larger Bay Area. In their third year, M.F.A. Program actors also appear in A.C.T. mainstage productions (a recent selection includes leading roles in Armistead Maupin’s Tales of the City, Once in a Lifetime, Marcus; or The Secret of Sweet, and The Caucasian Chalk Circle) and participate in the process of creating new work for the theater by performing in A.C.T.’s staged readings, festivals, and other presentations of new and upcoming plays. Many graduates of the program go on to distinguished careers in theater and film and include such celebrated actors as Elizabeth Banks, Annette Bening, Benjamin Bratt, Christopher Fitzgerald, Danny Glover, Omar Metwally, Dileep Rao, Anika Noni Rose, Anna Deavere Smith, and Denzel Washington. A.C.T. also provides a wealth of talented actors for productions across the San Francisco Bay Area: Graduates of the M.F.A. Program have taken on leading roles in productions at Berkeley Repertory Theatre, California Shakespeare Theater, Magic Theatre, Marin Theatre Company, San Jose Stage, and Shakespeare Santa Cruz, among others. The M.F.A. Program functions as the cornerstone of the A.C.T. Conservatory, which also includes the Summer Training Congress, Studio A.C.T., and the Young Conservatory, and trains more than 3,000 students annually.