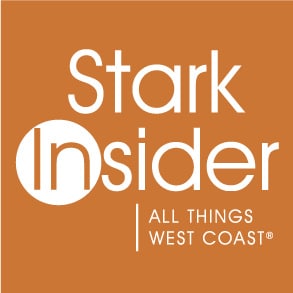 Today is officially brands day on Google Plus with the announcement of Google+ Pages, so it only made sense that I play along, and create a page on the network for Stark Insider.

Some are decrying that the early, glory days of G+ are over, and that its differentiation from Facebook–uncluttered personable streams featuring in-depth conversations without the standard “look what I’m eating!” status updates–is in jeopardy. While that may be true, today’s announcement, that companies, organizations and web sites (like Stark Insider) can now create Google Plus pages is a huge milestone. If Google can woo big brands to its social network it then has a shot at forever changing the balance of power w.r.t. to Zuckerberg and co. (ps-he’s appearing on Charlie Rose tonight and accuses Google of “creating their own little Facebook”).

I’ve written before that Google Plus was the land of early adopters. It was a High School full of nerds, myself included, talking in-depth about tech, and mostly, well… Google Plus. I, along with many others, have also expressed our opinion that the fledgling social network needs to succeed; we don’t want another Microsoft-like monopoly in tech like we saw in the late 80’s and early 90’s.

The true test will be the mainstream–they’re over on Facebook, including our parents. Just the effort alone to create yet another social networking account might be enough to dissuade them from making the jump, or at least experimenting.

Okay, yes circles are great; the interface has that chic modernism that Google seems to love these days (I’ll call it their white period); and there appears to be less concern about privacy on G+ so far. But please don’t tell me Google didn’t borrow an idea or two from Facebook. Let’s all fess up and agree on that, and move on. Tech companies do it all the time: take an existing idea, improve on it, and bring it to market. I suspect the real reason the technorati have embraced Google is because they have a disdain for Facebook, and not because G+ is inherently better.

Well, how about that for an introduction.

All of that to say:

Stark Insider is now on Google Plus.

Choose your poison: Facebook, Twitter and/or G+. Or do what Scobleizer does and blast the hell out of the social networking universe at will 7/24. Good on ’em (and it’s how I first heard about Rackspace, the cloud that this very web site now floats upon ever so gracefully). I swear, CNN needs to move its Tech HQ to Half Moon Bay.

If you have a Facebook Page, you should also consider Google Pages. Here’s a short video describing the new feature.

I’ve been in tech for over 20 years now, including 13 here in Silicon Valley. I’ve been running a new media portfolio now for about 3 years. I still can’t believe HOW FAST this new socially connected world is moving. It’s exciting, awe-inspiring, and nerve-wracking all at the same time. Cool phones like the Nexus used to come out every 18 months… Landmark video game titles, maybe every 12 months… and OS upgrades, every 3 years. Throw all that out the window!