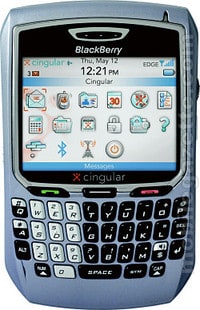 RIM (TSX:RIM) seems to be taking a play out of the ill-fated Nortel Networks playbook: react slowly (the PlayBook tablet), miss market signals (apps for smartphones), and do little to clarify strategy among its employees, investors and partners (the co-CEO model). Now the results speak for themselves.

Most shocking number of all for this former high-flying maker of the popular BlackBerry smartphones, which just released Q2 results: a 59% drop in earnings (on $329 million in revenue). Ouch.

Sales for BlackBerry handsets (many of them new models released over the summer) and the PlayBook tablet (which drew praise at CES in January) all disappointed, at 10.6 million and 200,000 units respectively.

Many aren’t surprised. And it seems, despite the severity of these misses, investors are not yet panicking — the stock is “only” down about 16% as of this writing, in after-hours. It could’ve been much, much worse; though, the stock is down almost 50% YTD.

Ultimately the company was blindsided by the rise of Google Android.

Sure, Apple and iOS, and in particular the iPad over the last 18 months, have eaten away at RIM’s market share. But remember, just a few years Android didn’t even exist. Android represented a wholly new competitor that gave consumers yet another choice. And it was a choice filled with the kind of whiz-bang features that the aging BB OS couldn’t touch. Management’s failure to realize the move to apps will likely go down as one of the biggest strategic misses. The PlayBook was late, yes. But not even Google and their tablet-optimized Honeycomb OS have been able to really put much of a dent in Apple’s dominance.

3 Key market trends RIM management was too slow to address:

Perhaps I’m just another data point. I used to love my BlackBerry. You couldn’t pry my old 8700c out of my hands (or the models that I cycled through dating way back to when the BB was just a messaging device). In 2006, I wrote, “RIM continues to pump out great products.” It was wicked good for typing emails. The keyboard was unbeatable. It was fast. But when Moto Droid came around in November 2009, it offered too much power (and apps!) in one handset to pass up.

So, the big question now: Can RIM be saved?

It’s going to be a tough turnaround. These days it seems like the norm for large tech companies to miss market signals badly.

RIM is not alone, thanks to HP and Yahoo’s recent bungling of just about every business decision possible. However, unlike those companies, RIM is not diversified. It also doesn’t license its OS, unlike Google which has a mass of manufacturers — HTC, Samsung, LG, Motorola (which it acquired) — building handsets using its open source IP.

Momentum in tech is hard to achieve, but almost impossible to regain after losing. Apple is the rare example, and Microsoft perhaps is demonstrating tenacity many didn’t anticipate.

Fortunately, there are bright spots for the stumbling Waterloo titan. One of them is Capitol Hill, and the other is the enterprise. Both are RIM strong suits. The problem with Government is that it’s a niche. A large one, albeit. On the other hand, business and BlackBerry have always been pals… but that’s changing as the consumerization of the enterprise marches on.

It’s a sad time for large tech in Canada.

First, Nortel collapsed, and now RIM is on the ropes. It’s too early to write them off (by a long shot), but comebacks, especially when the likes of Apple and Google are standing in your way, are never easy.

My prognostication: The company will go up on the block. Acquisition or major partnership imminent (see Yahoo for similar gameplan).