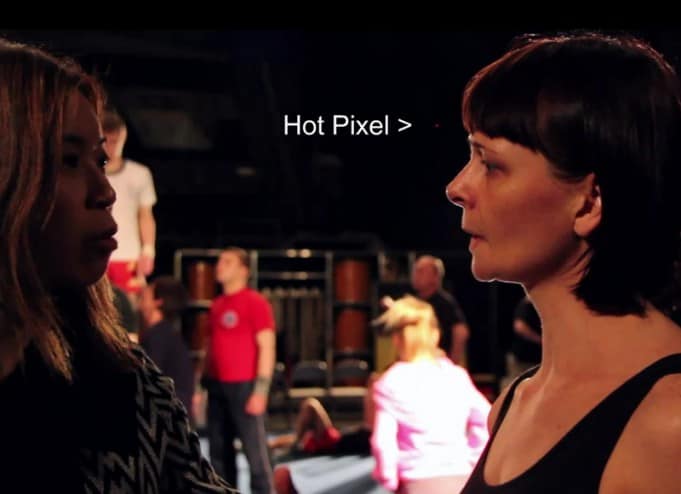 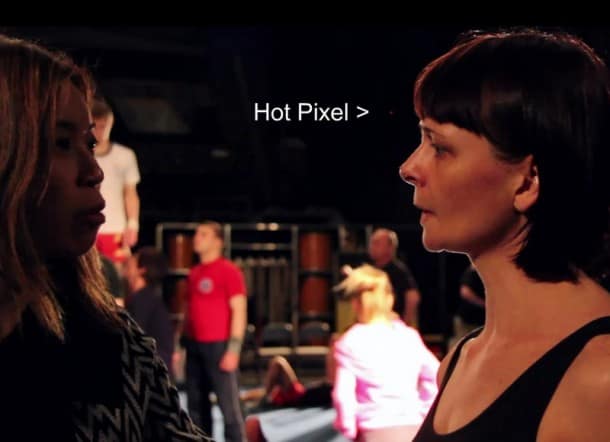 After reviewing footage from our recent Cirque shoot I noticed a small red dot in some of the scenes. It looked as if someone was pointing a laser- but it wasn’t moving. Up until this point, the Canon T2i has proved a most robust workhorse for all of our videos here on Stark Insider. I use it like a madman, shooting photos and videos at a seemingly never-ending pace. It has been rock solid, and extremely reliable. Until now.

Upon further inspection the red dot only appeared on darker footage. I put the lens cap on and did some quick troubleshooting yesterday. I discovered the defect only appears at higher ISO settings, typically 1600 and higher. It’s very noticeable against dark backgrounds.

So I Googled for more information, and learned that others had experienced similar issues.

One proposed solution is to run a manual sensor cleaning. I did that (via the T2i menu) and the problem persists.

I emailed Canon and received rapid, but generic response. The shock! Are they not familiar with my astonishingly prolific work here on Stark Insider? Apparently not- I mean, where was the turbo service wagon at my front door ready to replace the camera, and grant a lifetime supply of microfiber? I’m guessing Rebecca Black would be treated like a 15-minute princess in such circumstances.

The only option at this point is to send in the T2i to the Irvine repair facility. Canon commits to a fairly speedy turnaround of 7-10 days for “most repairs.” I believe I’m out of warranty (I think it’s 1 year), so they will provide an estimate first.

Now I need to devise a backup plan. Being without the camera for 2 weeks is a huge blow to the business side of things here. We have many engagements and shoots lined up.

Which got me to thinking… kind of like Jerry Maguire: Break down? No, Break Through!!

Yes, that Canon EOS 60D does look tempting. I shouldn’t write such things here really… now what are many chances of Canon reps dropping off 5D and 7Ds for testing here on Stark Insider?

The 60D does everything trusty T2i does, but with a touch more spring in its step. Plus, it has an articulating LCD screen which is very much appreciated on location in the field. My thinking at this point is to get a 60D body, and then once it comes back from repair to use the T2i as a second camera angle for interviews… as I said: Break Through!

If you’re interested in seeing the “hot pixel” effect, check out the video below. Yes, sorry to push the Cirque Quidam shoot yet again, but I’m only including it here so you can feel my gadget pain (and share the video, like us on FB, and Tweet like the Dickens about Stark Insider).

Look for it at 1:32 just in front of Isabelle’s forehead – later in the video the bugger spot dances across her face (sorry about that). Easiest to spot in full screen.

Thanks for stopping by – I don’t blame you one iota if you find none of this particularly earth-shattering.