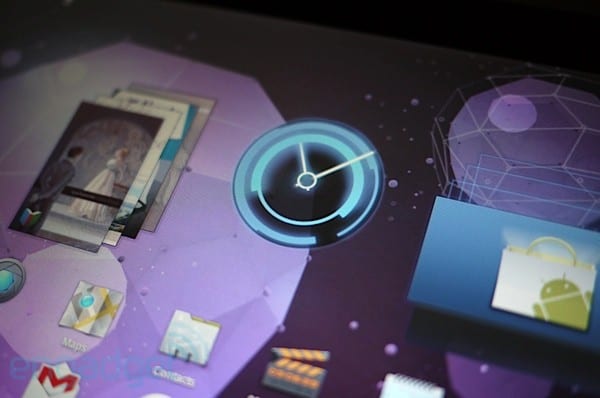 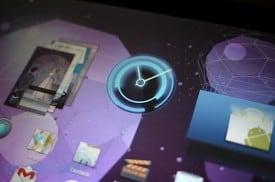 Yes, the Moto Xoom is a sweet piece of kit. Spec-wise it’s a darling alright, and it certainly trounces the iPad in several key ways. The processor is faster. Front and rear facing cameras are standard. Screen resolution is higher. All good, good and good. But, I think all of the early reviews (my favorite being the typically well-written, in-depth one by Joshua Topolsky of Engadget) are missing the big idea.

And that is… apps. For goodness sakes, man, give me some sizzle here already!

Where are the tablet apps for Android?

I’ve been using a Samsung Galaxy Tab for a few months, and while it’s been mostly enjoyable — albeit at times feeling mostly like a large Droid — I was underwhelmed by the lack of apps written specifically for the tablet form factor. Sure, there are a few on Android market. Usual suspects like WSJ, the New York Times, TIME are optimized for the tablet form, but that’s about it, really. Most everything else is designed for Android smartphones — which suits me just dandy as I really dig my Droid 1.0.

Now that Honeycomb is here hopefully that will change. And it better. In my humble estimation if Google has any hopes of having its OS seriously compete against the might iPad it needs to knock the socks off of average Joe and Whole Foods Mom. People don’t buy hardware specs (well, except for early adopters such as yours truly; yes those are arrows in my back, the wine helps). They buy an experience, they buy fun, they buy a lifestyle. Remember those iPad ads where everyday people were curled up on their favorite chair or couch with the iPad? It’s personal! Apple gets that.

Then again, maybe Google, Moto and the rest of the Android army are going about this differently. After all, why just try to duplicate Apple when there is room in the marketplace for a differentiated offering. Witness the discounting on Android phones. Price was a key weapon for Google’s smartphone strategy and the sales figures prove that it was the right choice. But such won’t be the case with the Xoom. Word is it will come in around $700. Wow. Yes, spec-wise it’s a beast. But given the choice between an iPad at $499 or a Xoom at $699 I would choice Apple every day of the week, despite my eternal praise for all things Android.

Disappointing revenue from the Android market is hopefully a wake-up call for Google. Hardware is great. Speed is always welcome. And we never tire of Google’s phenomenal innovation. Ok, yes, I admit armchair quarterbacking is easy. But if I had to prioritize some Google investment and R&D here’s how I’d jigger things, just a tad.

1. An answer to iTunes – not a mish-mash of fragmented apps, mind you, but a cohesive easy-to-use shopping experience for music, video, games and newspapers/magazines/books.

2. Disney-fication – granted I’m not suggesting all-out Beauty and the Beast here, but at least some gloss. Maybe Pixar and Up are better examples. I like (actually, love) the hardcore specs. Yes, awesome! But power can also come with ease-of-use… it’s what really talented engineering teams can do. Look at Google Maps. Or, heck, even the Google search page.

3. Google Apps Tablet-style – the portfolio of cloud apps that is Google, including Gmail, Docs, Maps, and so much more is quite brilliant. But it’s been a bit of a struggle (or more likely non-priority) for things like Gmail to operate in anything but rudimentary fashion on Android. That just isn’t right, really. All of Google’s apps should rock the tablet world; that means using more real estate, employing clever UIs that respond to swipes and other gestures and with out-of-this-world effects that make the whole experience second to none.

The Moto Xoom grabbed an astonishing amount of attention at CES earlier this year. So much so that you might’ve thought Justin Bieber was about to cameo on Glee. It made me even begin to think that we’re already in the midst of some kind of tablet bubble. I mean, is a touch screen UI and some apps really that earth shattering? Then again, I’m suspecting this is a bit of a rebound after the break-up with the underwhelming Netbook. Remember that relationship? … promised a lot, delivered little, and made us all feel dirty in the process.

But the real reason for the euphoria is that the Moto Xoom, and Android Honeycomb for that matter, represented an alternative to the iPad.

A choice. Something other than Apple.

For many people that alone is reason enough to get excited. Apple is a love it, hate it affair. Plus, the marketplace values competition and choice. Hence, the excitement for anything other than Apple iPad. I just hope we’re not blinded by science. Hardware is important, no doubt. But Apple didn’t get to be the second most valuable company in the world by out-gunning everyone. Likely, it was out-smarting others who focused on speeds and feeds. Apple focused on the je ne c’est quoi; the passion. Our minds just followed along for the ride.